When Smuggler’s Cove owner Martin Cate announced he would open a new bar dedicated entirely to gin, the cocktail world could hardly wait to see what exactly that meant. Now that Whitechapel is open, people aren’t only praising the cocktails, but also the stunning, transformative design.

To design a gin-focused bar with three distinct spaces, Cate and co-owners Alex Smith and John Park turned to Ignacio “Notch” Gonzalez, who had previously designed Smuggler’s Cove. “Rum telegraphs fun and good times—how do we do that with a gin bar? We decided we needed to Smuggle-ize this place,” says Cate.

Cate imagined a bar that would provide an immersive experience—“a place that takes you out of San Francisco, and to another place entirely,” he says.

As a nod to gin’s longtime London connection, Cate and partners turned to the city for inspiration. “There are at least a dozen abandoned Tube stations in London,” Cate says. “What if there’d been a station abandoned in the 1890s, and people broke in and turned it into a combination clubhouse-slash-gin distillery? This is the place where they’d steal away during the night.”

Working with this theme, Gonzalez incorporated elements of Victorian fantasy, adding touches drawn from era-appropriate engineering works that Cate and Smith came across during research trips to London—where they visited train stations, public markets, bridges and pumping stations, in search of design details. Using photos and suggestions from the owners, Gonzalez custom-built elements for the bar space, ranging from LED-lit plastic cylinders filled with gin botanicals that bubble as if being distilled, to wheeled gate valves and Victorian-style drain covers that Gonzalez cast in resin, to the more than 4,000 rivet-heads (actually painted wooden half-domes, treated to a patina) that adorn the bar’s three rooms.

A spectacular barrel-vaulted ceiling, Victorian-style engineering flourishes and a weathered tile wall evoke an abandoned London Tube platform in the main bar, while the bubbling tubes of botanicals enhance a “distillery” alcove, and custom wallpaper and a tin ceiling in an adjacent room suggest the splendor of a hidden 19th-century gin palace. 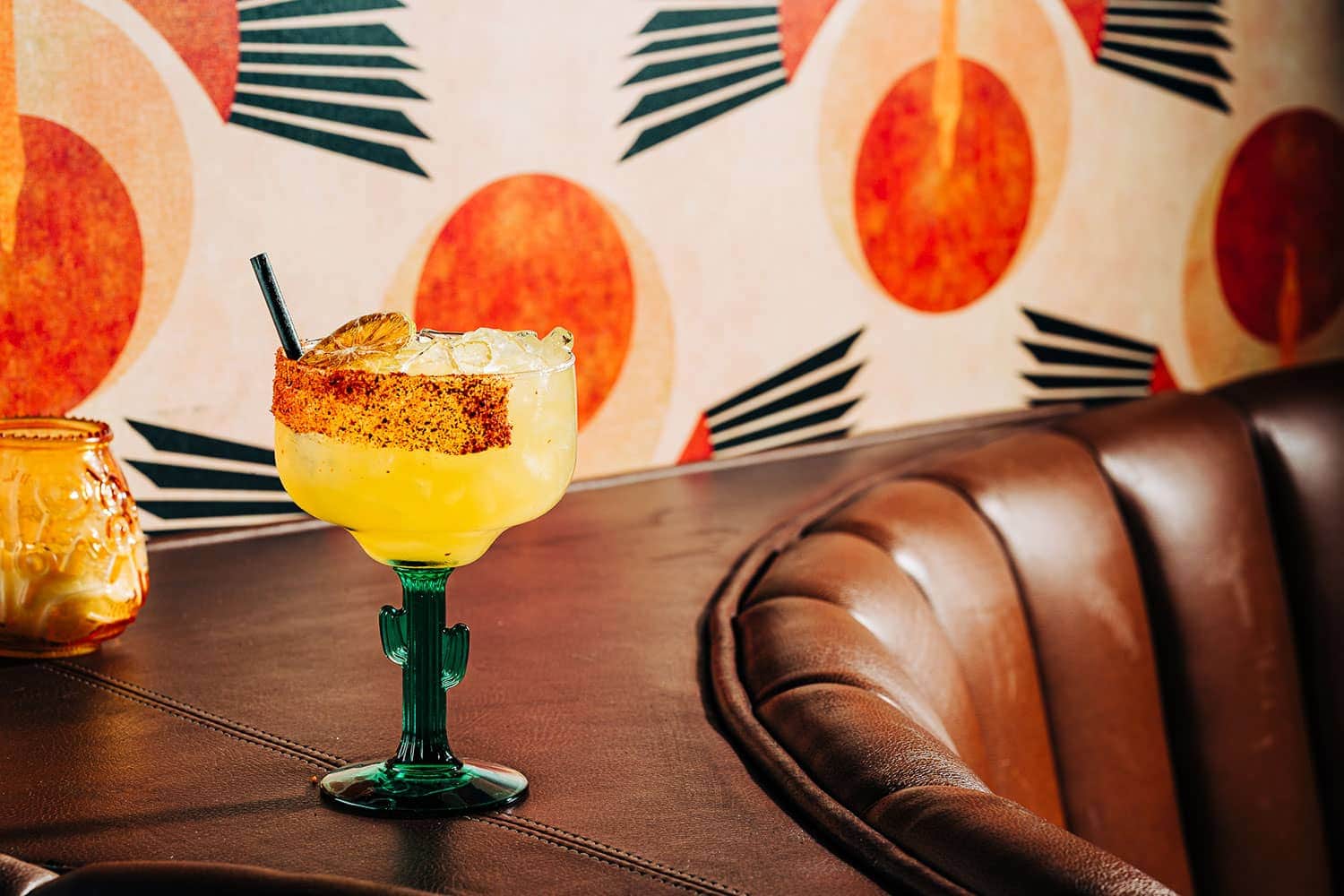