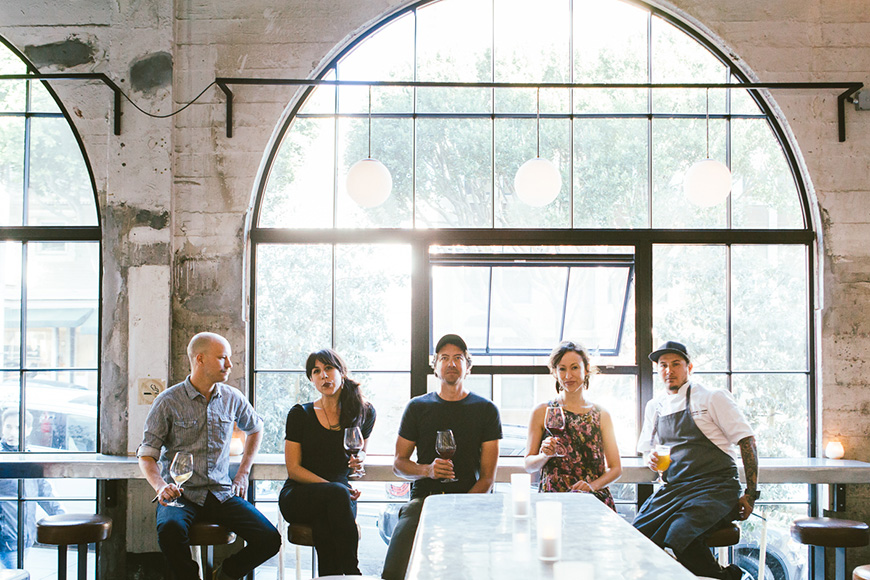 When Jay Esopenko and his wife, Melissa Gugni, had an offer to replicate the success of Little Vine, their specialty grocery shop in San Francisco’s North Beach, in a new space on Russian Hill, they jumped at the opportunity—but not the concept. Instead, Esopenko aimed to open a place that evoked the casual shops and bars found in Barcelona and Paris. And while the new venture, Union Larder, fills multiple roles—wine shop, specialty food store, wine bar, casual restaurant—the one thing he didn’t want was to make too much of a big deal out of it.

“I wanted to strip it down—everything is so produced nowadays, it feels like every restaurant opening is such a big thing,” Esopenko says. “I didn’t want that—I wanted something authentic, so people can come in and feel completely comfortable, whether they’re having a glass of wine or spending three hours eating a bunch of different things.”

Since opening, Union Larder has succeeded at hitting the difficult target of casual wonder, a place where you can stop in to grab a bottle of wine for a dinner party or a quick glass after work, or meet friends at the start of an evening on the town. The chef, Ramon Siewert, offers a charcuterie-rich tapas-like menu flecked with Spanish specialties like boquerones and bocadillo, and cheesemonger Kristi Bachman—former manager of the San Francisco Cheese School—draws from an array of 75 cheeses to custom-craft cheese plates.

The wine selection similarly aims big—50 wines are offered by the glass, with around 10 changing every week; the list is around 70 percent California, with the remainder featuring a Basque Txakolina on tap, and European picks including wines from France, Slovenia and Hungary. And while the wine list aims to be broad, Esopenko says the selection process is hardly scientific. “The wine selection is all just stuff—I taste it, and if I love it, I buy it,” he says. “Luckily, people seem to be really digging the wines.”