Around 10 years ago, when Efrem Fesaha began approaching banks with his idea for a new coffee business, he kept hearing the same refrain. “So much of the conversation was, ‘How do you beat Starbucks?’ But my approach was different,” he says. His plan—inspired by a visit to his family’s native Eritrea—became Boon Boona, a roastery and café in Renton, Washington, with a second café opening in neighboring Seattle last spring. “Seattle is an epicenter of coffee, but the history of coffee is much longer than what we’ve had in the last 40 years,” Fesaha says. “There’s close to 1,000 years of coffee consumption in East Africa, and we have the jebena, the traditional way we brew and serve our coffee. There’s this side of coffee I wanted to explore that’s not represented here.”

Boon Boona features exclusively African coffees, highlighting producers from Ethiopia and Eritrea, as well as Kenya, Burundi, and Rwanda. The cafés are also community-focused, partnering with local libraries, healthcare clinics, and commercial kitchen spaces that give recent immigrants and refugees opportunities to make food for sale, earning money while spotlighting an array of cuisines. For Fesaha, it’s a way to help serve the local community and support African coffee producers, while keeping close to his own roots, as well. “I’m of African descent, so I look toward there, and if I can find reasons to go back to the motherland, then sign me up!” 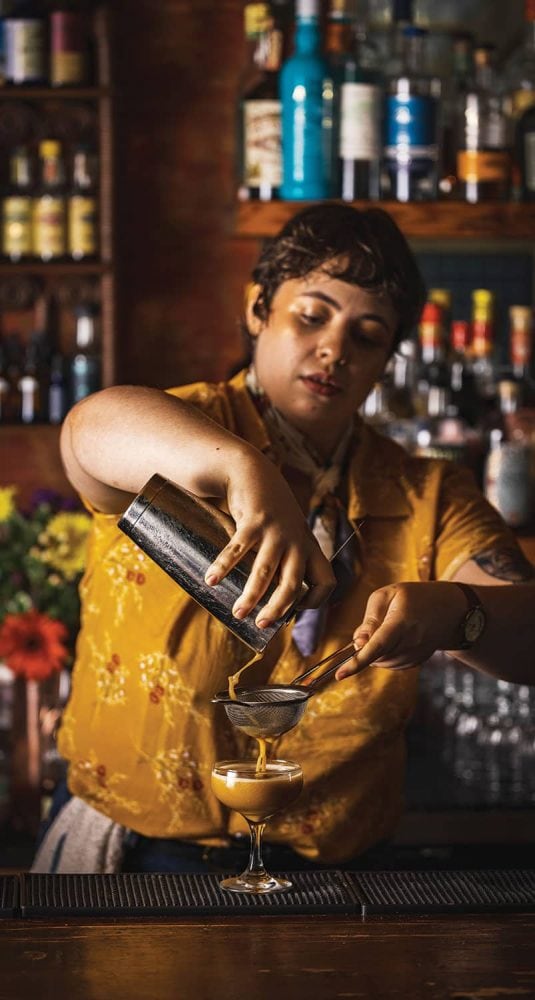