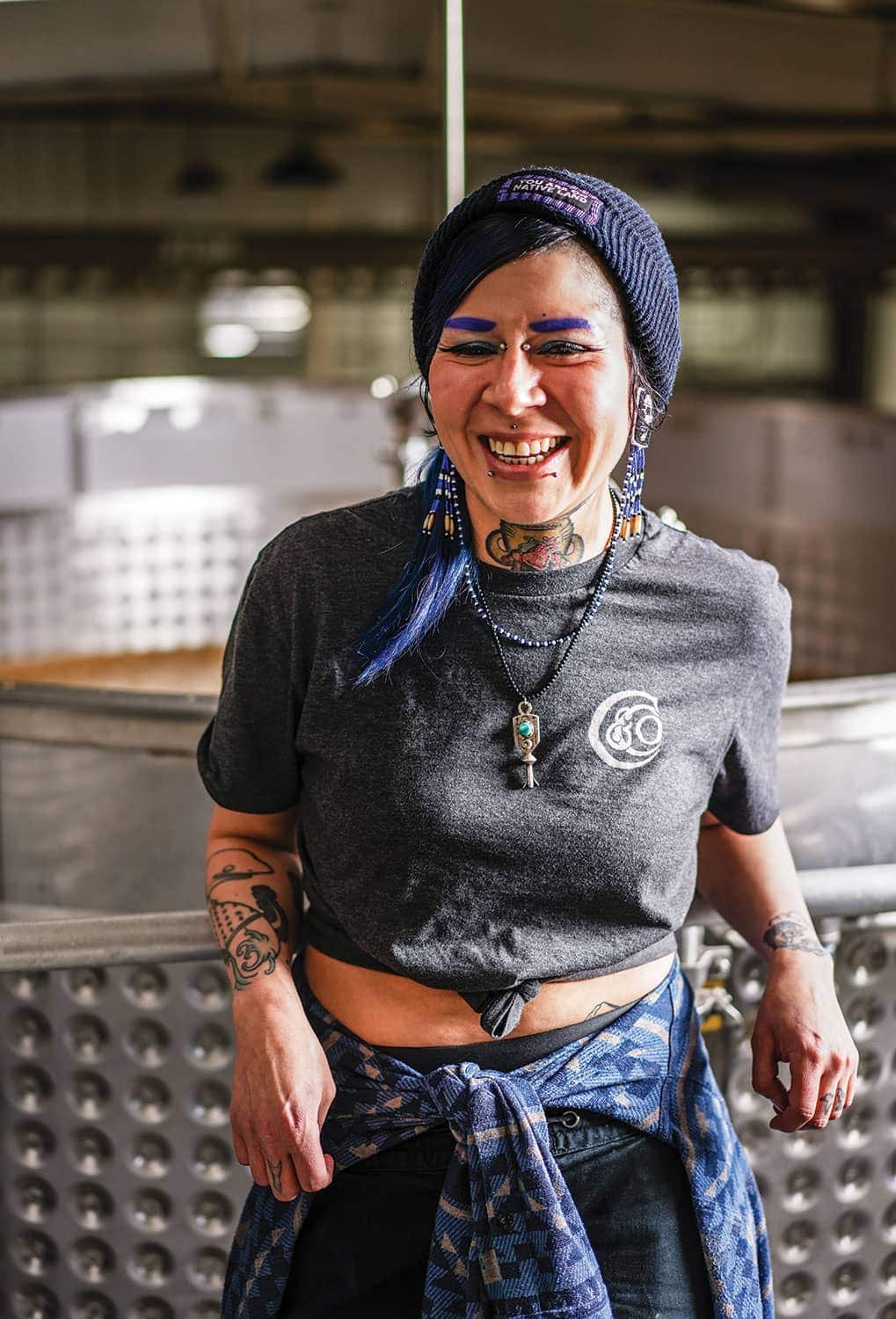 Formal education is a familiar thing to Roxanne Fernandez Tiburolobo. Currently a distiller and production lead at Corning & Company Distillers in Sonoma, Tiburolobo initially pursued a different career path, earning a bachelor of science in molecular toxicology at the University of California, Berkeley, and was med-school bound until a financial squeeze posed by a recession disrupted those plans.

After an internship and a year’s stay at the University of Helsinki, running a molecular imaging unit, Tiburolobo figured he’d continue working in medically adjacent fields until an opportunity arose. But as a former homebrewer of Chiricahua Apache Nde and Rarámuri descent, Tiburolobore recalled the ceremonial corn beers his maternal grandmother had made. “I’d always been interested in the fermentation science aspects of that. And when I was thinking how I could use my microbiology and biochemistry coursework in a way that was interesting and fun for me, this seemed a good way to do that.”

Fast forward to today, and Tiburolobo is an accomplished brewer and, now, distiller, working the production floor for Corning & Company and helping other distilleries get off the ground. But he’s not done with education yet—in September, he was awarded a Michael Jackson Foundation Nearest Green Award for Distilling, a scholarship that Tiburolobo plans to use to expand his understanding of distilling’s technical and engineering sides. “Boots on the ground knowledge is really important, but there are more technical aspects that I’ve never had formal education in, and it’d be nice to round that out and be fully immersed in it.”