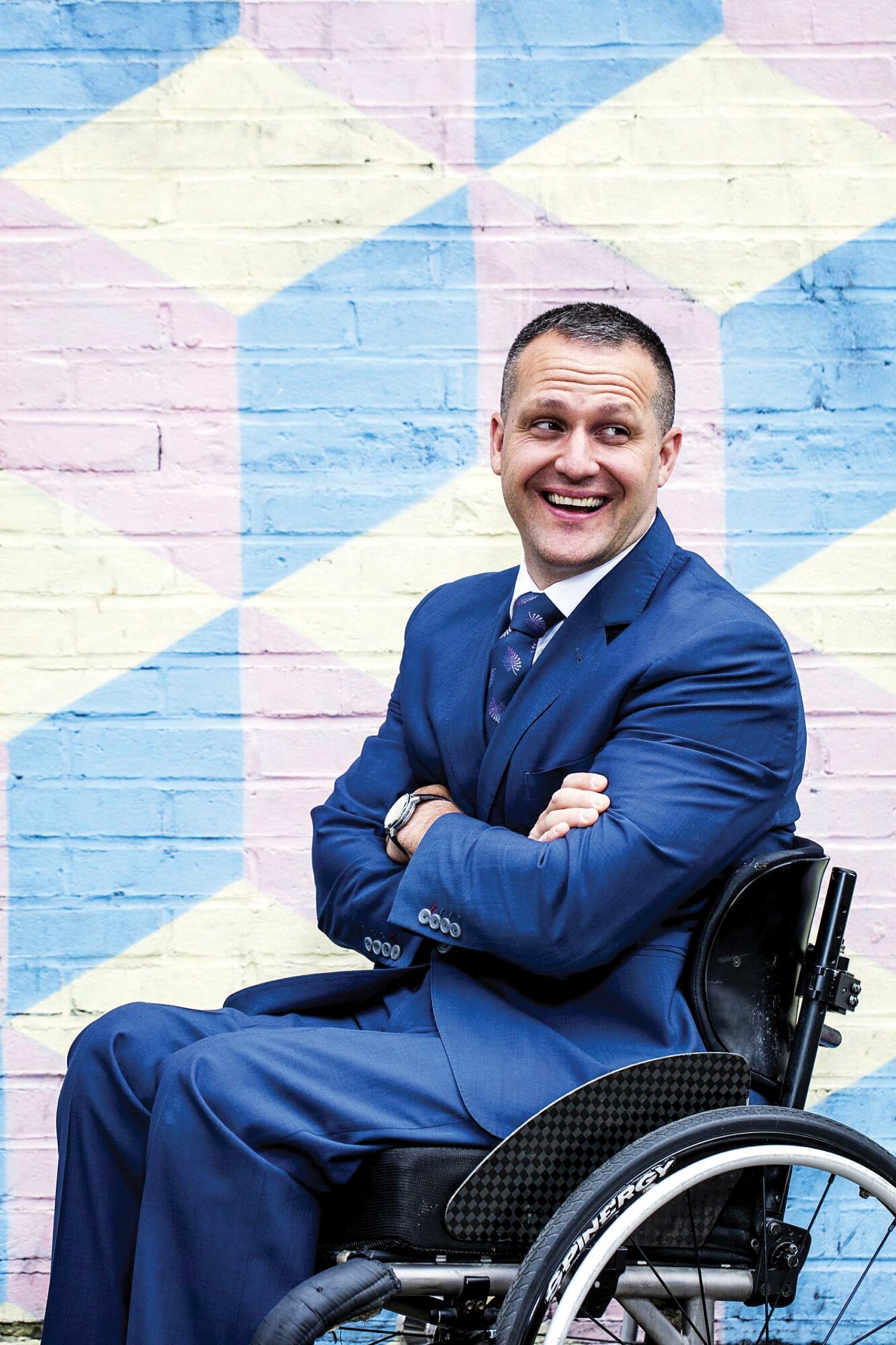 After being paralyzed in a car accident in 2003, sommelier Yannick Benjamin left the hospital feeling lucky. “I came to this realization that I had so much privilege and fortune and luck to have family and friends supporting me,” he says, saying he’d seen others who weren’t so fortunate. “They didn’t have the resources to be able to go back to their homes, whether it was financial or the resources to put into installing ramps and grab bars and wider doorways. Instead, they had to go to nursing homes, and that seemed incredibly unfair.”

In 2012, along with Alex Elegudin, who he’d met in the hospital and who was also paralyzed in a car accident, Benjamin founded Wheeling Forward, a nonprofit that works to empower people with disabilities while providing them with support. “We wanted to focus on the present moment,” Benjamin says. “People always talk about the future, but what about right now? What can we do to empower people now? It’s important to build toward a goal, but it’s also important to think about what’s happening, and what’s tangible. Nobody was focused on helping these people in the present moment, and that’s what we’re focused on.”

Benjamin knows firsthand the challenges of finding a new job in hospitality while working in a wheelchair. “My whole career was built working in restaurants, my family was in the business—I never thought about doing anything else but working in service in the hospitality industry,” he says. “Of course, I was realistic—I knew there were some restaurants I’d never be able to work at. New York is an old world city, our infrastructure is old. My issue was, ‘Give me a chance and let me present myself—let me show I have other assets and values I can bring to a restaurant.’ But I didn’t get those opportunities, which was really hurtful. I can’t imagine what it would’ve been like for someone not white, not connected to the industry, with any kind of disability, trying to get a job. It’s certainly not an easy task in any way.”

People always talk about the future, but what about right now? What can we do to empower people now?

Even today, Benjamin says, many new establishments are still behind the curve in terms of making their facilities accessible and welcoming to people with disabilities. “I’m always surprised when there’s a new restaurant or hotel being built, and how unaccommodating they’re being for people with disabilities,” he says. “And it’s not just about wheelchairs—so many elevators don’t have buttons in Braille, for example. At the same time, I’m not surprised—able-bodied people, particularly those who are Black, brown, women, trans—they’re still having issues being accepted into the industry, so it doesn’t surprise me one bit that some people building restaurants aren’t thinking of people with disabilities.”

A longtime sommelier at The University Club of New York, Benjamin is currently focused on Contento, a restaurant in East Harlem originally slated to open last spring but delayed due to the pandemic. The restaurant gives him an opportunity to challenge other obstacles in the hospitality industry. “We did everything to make sure it’s accommodating—not just to someone in a wheelchair coming there to dine, but someone who wants to work there, or someone who’s blind or deaf,” he says.

Benjamin says this welcoming aspect extends in many directions. “We made the restaurant and concept inviting to all people, making sure the pricing is reasonable, so people from the projects or on fixed incomes can come in for an enjoyable dinner or drink without being bankrupted for the week,” he says. “We think food and wine should be equitable for all, and the experience itself of feeling welcomed and special is the same, whether you’re spending $1,000 on a meal or $10 on a drink.”