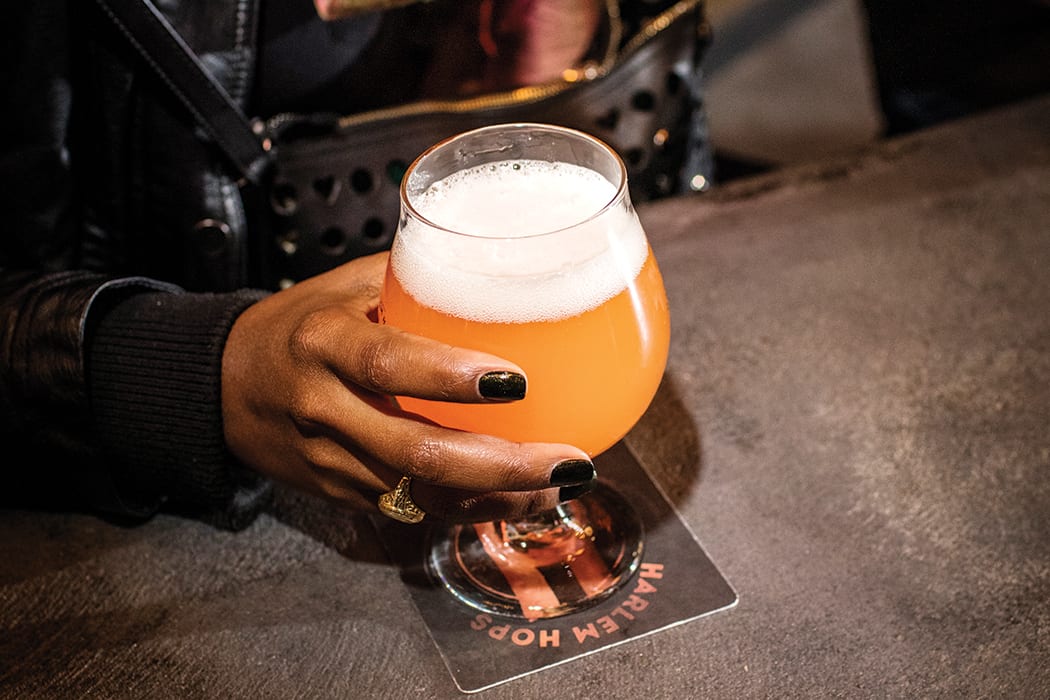 Harlem Hops, our 2019 Beer Bar of the Year, is helping put Harlem on the map as a craft beer destination. In addition to its stellar beer lineup, the bar also has one of the neighborhood’s best soundtracks. Most days, it’s a mix of hip-hop and r&b (fueled by either internet radio or DJ sets on the weekends), but on slow Sunday and Monday afternoons, owner Kevin Bradford is known to get nostalgic and power up his father-in-law’s old reel-to-reel system. “Thomas J. Harden was a Senior Master Sergeant in the US Air Force during Vietnam. He was a ‘Can Do, Will Do’ type of guy, and I actually named my youngest son after him,” Bradford says. “My father-in-law only settled for the best and latest in everything—he would research any product for weeks before making a purchase, which led to his classic TEAC A-4010 SL reel-to-reel.”

Harden gave the deck to Bradford and his wife before he passed, along with 60 reels of music. Hand-typed track listings reveal some of the best classic soul, jazz, r&b, rock albums from the 1970’s and 80’s—a gateway into another era. “His love of music was amazing,” Bradford says. “When we put them on, it feels like you’re back in that same time period, listening to the songs that were hot at the time. Everybody loves it; some of the younger kids don’t know all the songs, but a lot of people sit at the bar and say, ‘Hey, I remember listening to that back in the day.’ “

To make this playlist, we dipped into the first five tapes of the collection to highlight a mix of upbeat funk and disco of the ’70s, with artists like Chaka Khan, The Temptations (Harden’s favorite group) and the O’Jays giving repeat performances. At the bar, the reels play album by album, but here the playlist has been divided by track so it functions more as an at-home mixtape. Next time a leisurely Sunday afternoon heads your way, pop open a cold beer and dive in.