A Guide to New Orleans Beer 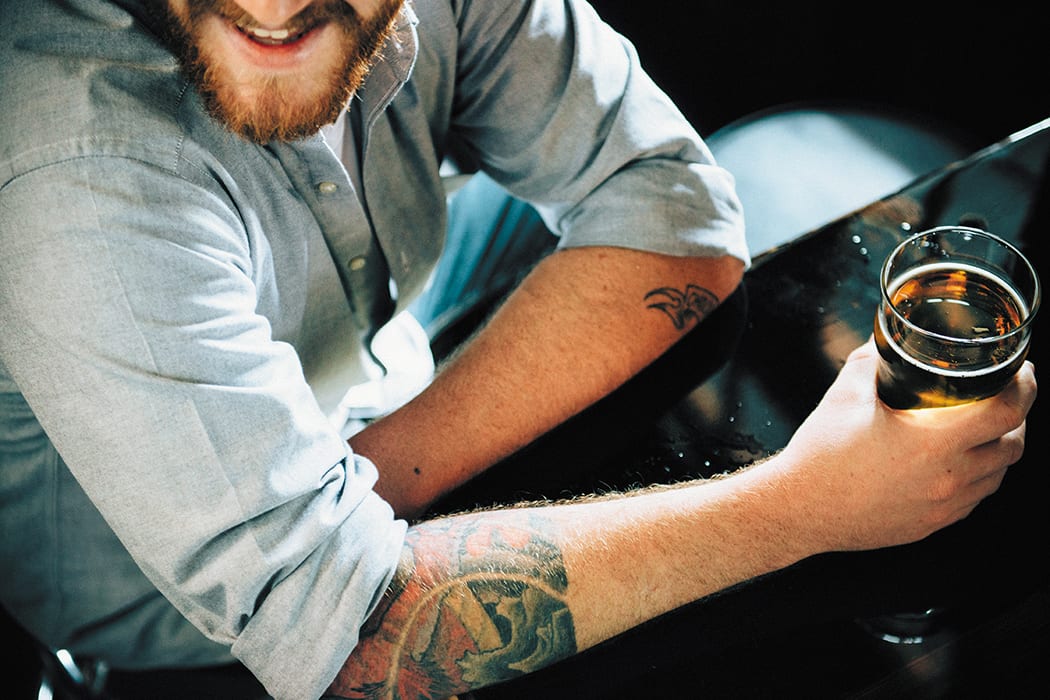 Tales of the Cocktail happens this week, and in addition to exploring the city’s best cocktail spots, we’re setting our sights on the local beer scene, so we caught up with beer maven Polly Watts of Avenue Pub (our 2015 Beer Person of the Year) to get the scoop on the best places to check out. Watts says the New Orleans beer community is bustling these days, with local beer spreading throughout the French Quarter and new makers continually popping up with quality brews. “If you want a local IPA, pale ale or amber, they are much more ubiquitous than they were even a year ago,” she says. Since it’s sweltering in the Crescent City this summer, people are sipping on cooling sours and sessions at an unprecedented rate at the Pub, but if you’re just in town visiting, Watts recommends trying the wide range of styles local breweries are making as well. Here are her suggestions for the best local taprooms, bars and local beers.

NOLA Brewing
As one of the staples of the local craft beer scene since opening in 2008, NOLA Brewing’s beer sits on tap at both dives and craft beer hubs around the city, but Watts suggests drinking from the source, as the new taproom is bigger and better than ever after an impressive expansion last summer. The best-selling flagship Blonde Ale is always on tap, but if you find the summer seasonal, a Hurricane Saison, don’t hesitate to jump on that bandwagon.  3001 Tchoupitoulas St., 504-896-9996

Urban South
This buzzy new brewery has been cranking out two flagship beers—the Holy Roller IPA and Charming Wit, a Belgian-style witbier—with great fervor since opening in March. Founder Jacob Landry aims to offer American beers brewed in a European tradition—what he calls “beer that we want to drink and that fits well with our season and place. Right now, in the New Orleans summer, that means light, crisp, flavorful beers that go well with the summertime.” 1645 Tchoupitoulas St., 504-517-4677

Courtyard Brewing
Quite possibly the smallest (and coziest) beer outfit in NOLA, Courtyard was the state’s 12th production brewery to open when it debuted in 2014. Despite its size, the brewpub has held its own in the booming beer town, with about eight rotating house beers on tap, supplemented by national craft brews, such as Green Flash, Lagunitas and New Belgium. 1020 Erato St.

Avenue Pub
We probably don’t need to tell you that this Lower Garden District hub is a must-visit—but “The Pub” is a bastion of fine ales sourced from around the world that’s the perfect spot for people looking for a break from cocktails. The 40+ taps feature a sometimes wild and weird assortment of brews, including a well-curated local set, and the best part: it’s open 24/7 and serves food late, so it’s a godsend for folks in town for special events looking for a cold pint at the end of a long day. 1732 St. Charles Ave., 504-586-9243 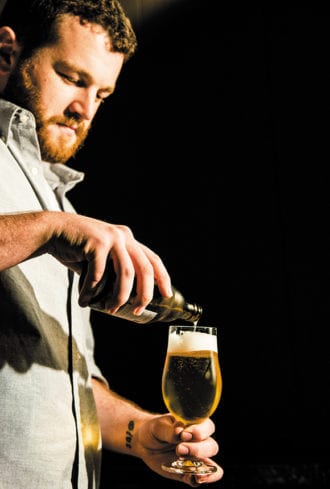 Barrel Proof (pictured)
Known primarily for their extensive whiskey selection, this Magazine St. haunt is also notable for its “very small beer list,” Watts says. “It’s all local. Very cool.” Six local beers grace the taps, with a seventh reserved for the bar’s staple Rolling Rock and Old Grandad special. In bottles, an interesting selection of imports is also available. “Most of the non-American produced beers are quintessential representations of the style, so Weihenstephaner Hefe, Saison Dupont, Chimay Cinq Cents, etc.,” says owner Liam Deegan. The crowd is mostly locals and bartenders, making it a great low-key spot to check out away from the Quarter fray. 1201 Magazine St., 504-299-1888

The Bulldog Uptown
Nestled in the heart of the Garden District on Magazine St., the Bulldog is a welcoming neighborhood joint with a tree-covered patio and plenty of great beer options. Forty-eight taps and over 100 bottles are almost all craft beers, with a strong local presence and wide diversity of styles. If you’re a fan, the management also recently opened a new cocktail bar in an old church in Mid-City called Vessel. 3236 Magazine St., 504-891-1516

Ale on Oak
July marks this laid-back bar’s two-year anniversary. The menu of 30 beers on tap and 60 in bottles and cans spans a range of local and national styles. It’s a cab ride from the Quarter but worth the effort, as one of the best parts of Ale is its location. “Oak St. is a great part of New Orleans that many tourists don’t get to see,” says owner Patrick Winters. “The street itself has a small-town vibe to it. Everyone knows everyone, and we’ve created a special welcoming feel for customers.” 8124 Oak St., 504-324-6558

Great Raft
There’s no New Orleans taproom for this Shreveport-based brewery, but Watts says most bars hold a few taps aside for the company, as they’re making some of the finest brews in the state. “They made a small batch of Apricot Gose that’s out right now that’s fabulous,” she says. “It’s going pretty quickly.”

Gnarly Barley
Based in Hammond, Louisiana, this husband and wife-helmed brewery started as a homebrew outfit before making a splash at local beer fests. The official production brewery opened in 2014, making a variety of styles including the popular Baltic Oatmeal Milk Porter called Korova and the Hoppopotamus I.P.A. Watts suggests seeking out the BIG DIPA, a “gnarly” Imperial IPA with a low bitterness but expressive aroma and flavor.

Parish Brewing
Brewing in Broussard since 2008, Parish Brewing specialize in three year-round beers—the Canebreak Louisiana Wheat, Envie American Pale Ale and South Coast Session Ale—in addition to a rotating selection of limited-release brews and a few annual special releases, all of which are only distributed throughout southern Louisiana. “Look for the Ghost and the Machine Double IPA,” Watts says. “People go nuts over it.”

Southern Prohibition
“Southern Prohibition is a Mississippi brewery making great beer,” Watts says. “Hattiesburg is technically closer to us than Abita is, even though it’s over the state line, so we consider it local.” The brewery’s eye-catching cans are hard to miss on any backbar, with striking graphic design. Seek out the Crowd Control, a dry-hopped Double IPA made with Mosaic hops, Watts says, for its great balance of supporting malts and sticky hops.