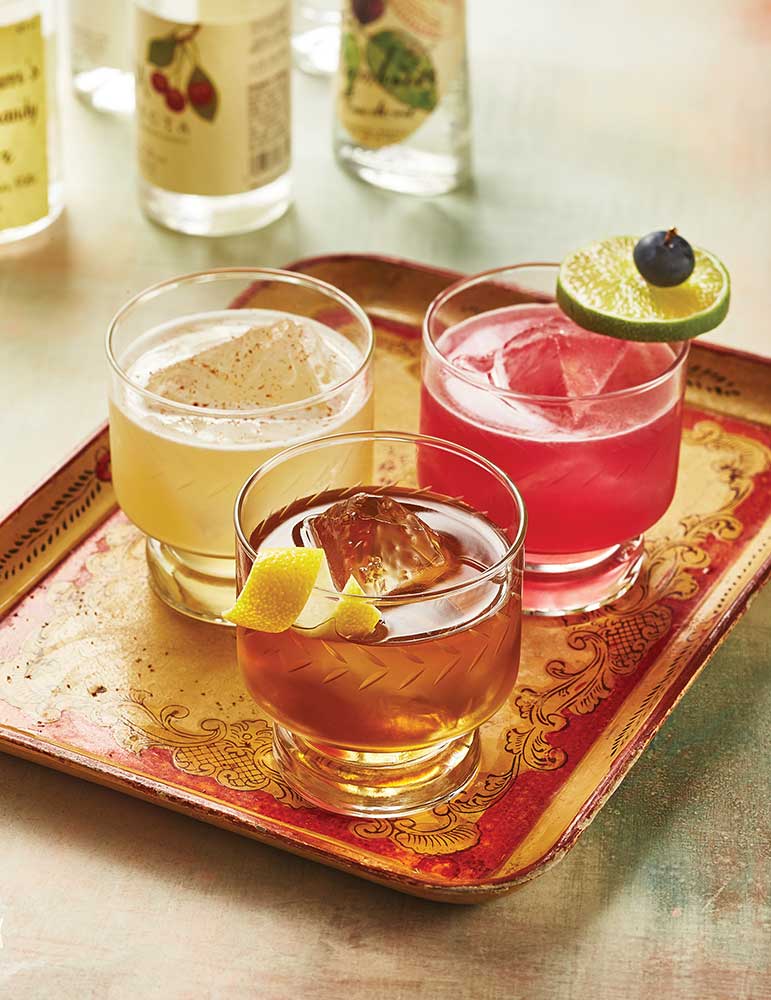 Seeing “eau de vie” listed on a cocktail menu typically doesn’t give a thirsty reader much to go on. High school French tells you it translates to “water of life,” and in France it’s become a catchall for distilled spirits. But when the term is specified with “poire Williams,” “framboise,” “pêche,” or “kirsch,” the cocktail’s flavor direction becomes more clear. “The first time you taste an eau de vie, it’s a bit like watching The Wizard of Oz for the first time and seeing Dorothy leave the black-and-white intro sequence and enter into the technicolor Oz,” says Trevor Easter, bartender at The Snug in Sacramento, California. It’s “a microscope for your tastebuds,” he says, showcasing the fruit’s flavors better than taking an actual bite would.

The fruit brandy style, which originated in France several hundred years ago and is found throughout much of Europe, is created by distilling fermented fruit (such as pears or apricots), or by macerating fruit (such as raspberries) in a neutral brandy and then distilling it. While most grape and apple-based eaux de vie go into oak barrels to later emerge as aged brandies, other fruit-based spirits skip the wood maturation, making for clear spirits with pure, intense flavors. But don’t confuse these fruit brandies with liqueurs: Although one sniff will prompt deep memories of fruit at its ripest and sweetest, the brandy itself is bone dry. Eau de vie “immediately dries out a cocktail that is otherwise too sweet,” says Julian Cox, bar director for Fanny’s Restaurant and Café in Los Angeles. “It can add complexity, flavor, and dryness.”

For his Sabertooth cocktail, Cox uses a half ounce of apricot eau de vie “because the dry apricot flavor with cachaça and blueberries immediately makes the drink more interesting and better than the sum of its parts,” he says. Christine Wiseman, beverage director for Bar Lab in Miami (which owns Broken Shaker), loves working the light, vibrant spirit into stirred drinks, “so you can get all of the nuances of the eau de vie,” she says. And for his Truly Scrumptious cocktail, rather than tangle with the inconsistencies and prep difficulties of using fresh pears or the candy-like flavors of liqueurs, Easter uses a pear eau de vie. “It brings the bright floral magic of a delicious pear and leaves behind the more muddy, flabby undertones,” he says. “Pineapple and pear is a funny combination that, when done right, actually tastes like the most delicious pear ever.”

Muddle the blueberries in a shaker and add the remaining ingredients. Shake hard with ice until chilled, then double-strain into a glass holding a single large ice cube, and garnish.

Shake all of the ingredients with ice, then strain into a glass holding a single large ice cube. Garnish.
Pineapple Gum SyrupIn a blender, combine 10 oz. of pineapple juice, 10 oz. of granulated sugar, 1/2 oz. of gum Arabic powder (available in natural foods stores or online), and 1/4 tsp. citric acid, and blend until combined. Pour into a zip-sealed bag and place in a hot water bath (set to 145 degrees F, if using an immersion circulator) for 2 hours. Bottle for use; keeps refrigerated for up to 2 weeks.

The fresh bite of plum brandy matches the richness of single malt whiskey in this stirred cocktail.

Stir all of the ingredients with ice, strain into a chilled glass (or a glass filled with fresh ice), then garnish.
Cinnamon-Infused VermouthIn a large jar, combine a 750 ml bottle of Spanish sweet vermouth (such as Lustau) with 2 cinnamon sticks, and cover. Let rest overnight, then discard the cinnamon and bottle for use. Keeps refrigerated for up to 1 month.