How Dry-Farming Can Make for More Complex Wine 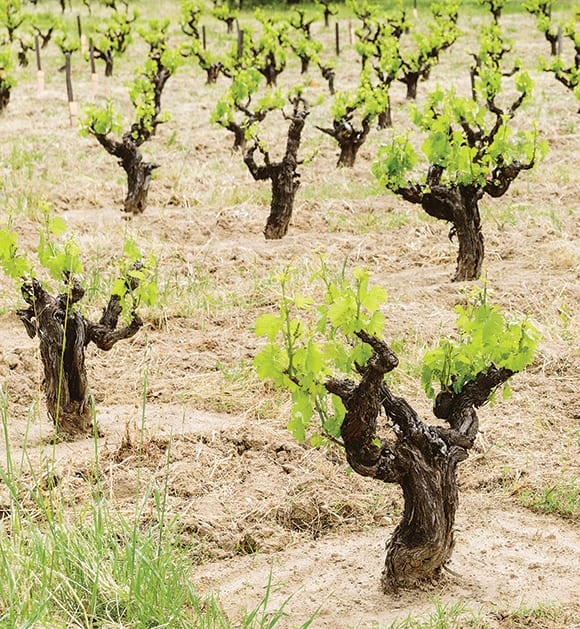 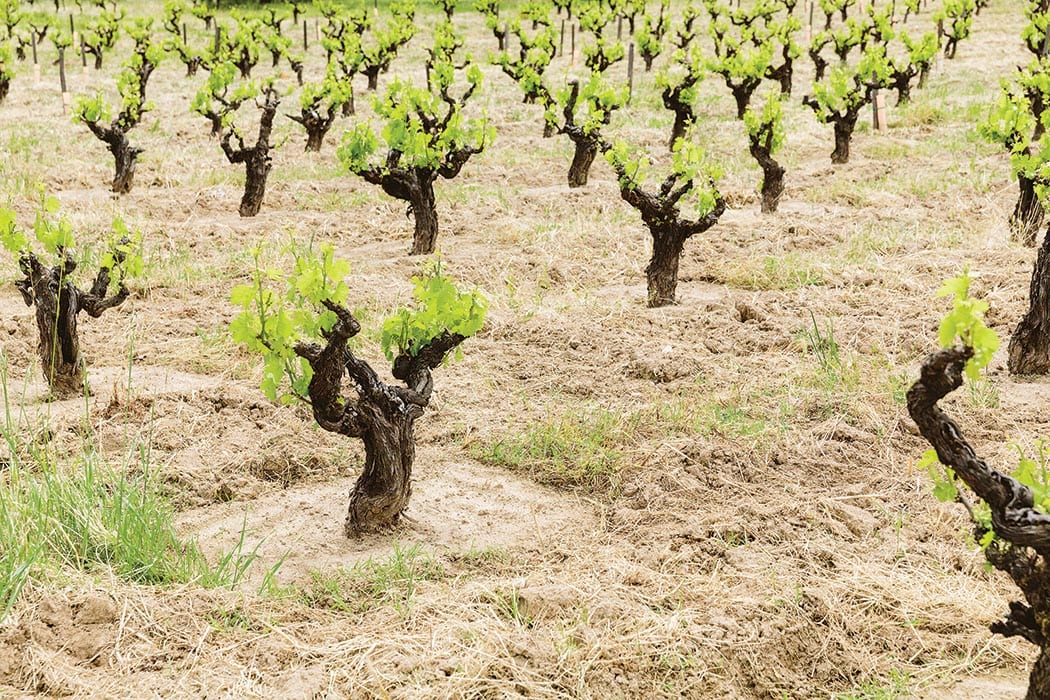 In the July/August issue of Imbibe, Jennifer Fiedler looks at how water issues might change the future of the wine industry, spotlighting the growers who are reexamining processes to see where water use can be reduced. One practice that helps cut water use is dry-farming, or growing grapes without the use of irrigation. As more winemakers turn to this Old World style of production, many claim that not only does dry-farming help the environment in the long run, it also makes for better-tasting wines.

“In terms of talking about better wines, what we’re talking about are more distinct and complex wines,” says Tyson Crowley, the Oregon-based winemaker behind Crowley Wines and president of the Deep Roots Coalition (DRC), a group of Willamette Valley winemakers and viticulturists that promotes dry-farming. Crowley says one reason dry-farmed wines end up tasting more interesting is simply a matter of terroir. “When vines are irrigated, the root system of the plants stays near the surface of the soil because that’s where the resources live,” he says. “But with dry-farmed vineyards, especially in hot climates, the vines are forced to go finding water to sustain themselves.” As the root system digs deeper into the earth, the vines start to tap into harder materials like rock and limestone. “The deeper the roots go, the more powerful the message of that place becomes. All of that character ultimately pulls up into the flavor of the wine,” Crowley says.

As the roots struggle to find water instead of sitting flush with the resource, soaking up aspects of the soil and earth in the process, the fruit also changes. DRC co-founder and Cameron Winery owner John Paul says dry-farmed grapes tend to exhibit lower cluster weights and smaller berries, resulting in a more concentrated flavor in the wine. “Since most of the flavors [in wine] come from the skins, and smaller grapes have a higher skin-to-juice ratio than larger grapes, it’s logical that they’ll produce wines with more flavor and intensity. And indeed they do!”

The sugar content of dry-farmed grapes is also typically lower than that of their irrigated counterparts (thanks to smaller leaf canopies), which in turn creates wine with a lower alcohol percentage. For many winemakers, this return to lower-proof table wines is a good thing. “Napa Valley wines from the early 1970s (prior to irrigation) were consistently around 12.5 percent alcohol. After irrigation started being introduced, the average alcohol [levels] there rose to over 14 percent within a decade or so, and nowadays it’s not uncommon to experience wines from irrigated vineyards that are well over 15 percent,” Paul says, adding that when a wine exceeds 14 percent it is officially classified as dessert wine. “Alcohol has a huge impact on flavor, aromas and mouth feel. When the alcohol is too high, the wines smell ‘hot’ and ethereal fruit tones are damped out.”

The expression of flavor in dry-farmed wines can be more interesting in the long run as well, if vintages of the same wine over the years were compared side by side. “Irrigated vines tend to produce wines that have a sameness—the same flavor and sugar levels every year,” because of the regulated watering, says Russell Raney of Evesham Wood (and also co-founder of the DRC). “They don’t reflect the nature of the vintage like dry-farmed grapes.”

Would the average wine drinker detect big differences between a dry-farmed wine and one that’s irrigated, if tasting two wines from the same style, region and vintage side-by-side? Maybe not, Crowley says, but over time most will find the complexities of dry-farmed wines more appealing. “Dry-farmed wines have more concentrated flavors and they have that place character coming through, which makes the wines that much more interesting and distinct,” he says. “Most people don’t go into drinking with those criteria in mind, but if we’re talking about real terroir-driven wines with good concentration of flavor, that’s dry-farmed vineyards.”