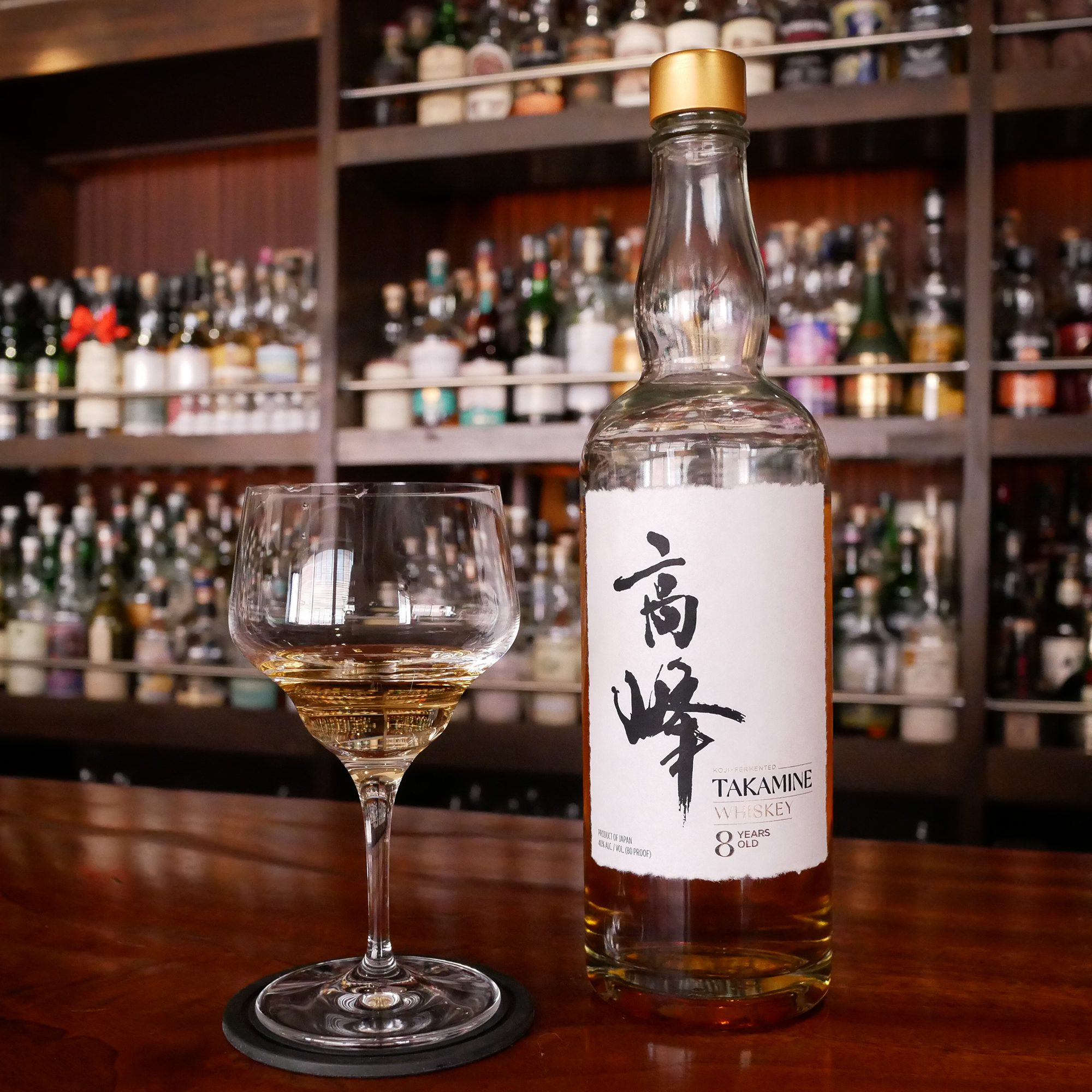 The first week of autumn is one of my favorite times of the year, when summer’s bright flavors shift to drinks of a moodier ilk. To celebrate, this week I’m revisiting a very special spirit that hit my desk earlier this year, a rich and robust Japanese whiskey that straddles style lines with the country’s national spirit shochu. Takamine Koji Whiskey is made at the Shinozaki Brewery and Distillery in the Fukuoka Prefecture—a company that has been making saké for more than a century and koji spirits like shochu since 1979. It is made from a 100% barley base that undergoes multiple parallel fermentation with koji as the catalyst, before being distilled twice and aged in new oak and used bourbon casks for eight years.

The flavor is unlike any whisk(e)y I’ve ever tasted, with a funky earthiness that might appeal to fans of rhum agricole and mezcal. On first sip it blossoms with a lovely interplay of barley and honeyed sweetness before diving into a surprising shroud of salinity and finishes in a long drawl of walnut-like dryness. With such a captivating arc of flavor, the whiskey tastes great neat or with a touch of ice to chill. As the first product available in the U.S. from Honkaku Spirits (a new importing company helmed by American expats Stephen Lyman and Christopher Pellegrini), it’s a special bottle indeed, and a hopeful harbinger of more unique spirits like this to come our way. $96.99, benashliquors.com