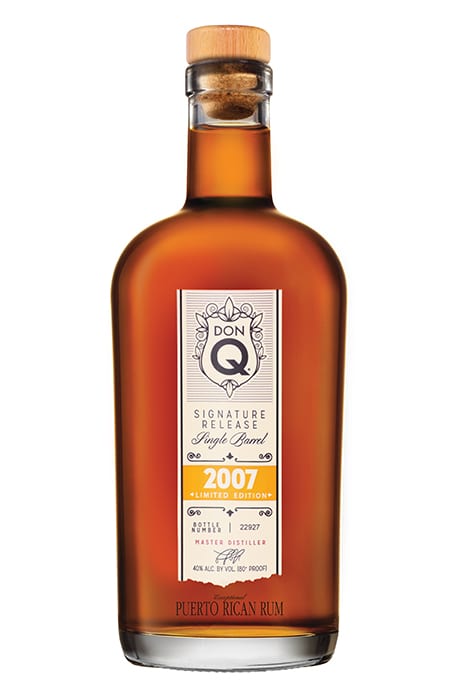 As the owner of Dirty Dick, a Parisian tiki bar in the Pigalle neighborhood, American expat Scotty Schuder knows a thing or two about rum. In our March/April 2019 Travel Issue, Schuder chronicled a day in his life, which included compiling Dirty Dick’s comprehensive rum menu featuring 80 labels distinguished by raw material and distillation process. One bottle that has him excited recently is the 80-proof Don Q Signature Release Single Barrel 2007, first introduced to Schuder while visiting Destilería Serrallés in Puerto Rico in early 2017 and officially released later that year. “I was in the aging room discussing how important environmentally conscious distilling is to Roberto Serrallés and his family, when master blender Jaiker Soto opens a barrel and says, ‘This is almost ready, taste and see what you think,’ ” Schuder remembers. The tannic rum, the second in a series of vintage releases, is aged 9 years and carries a distinct woodiness with residual sweet notes. “That’s what my palate is talking about. And priced under $40, this stands strong as a top-quality rum,” he says. $39.99, liquorama.net