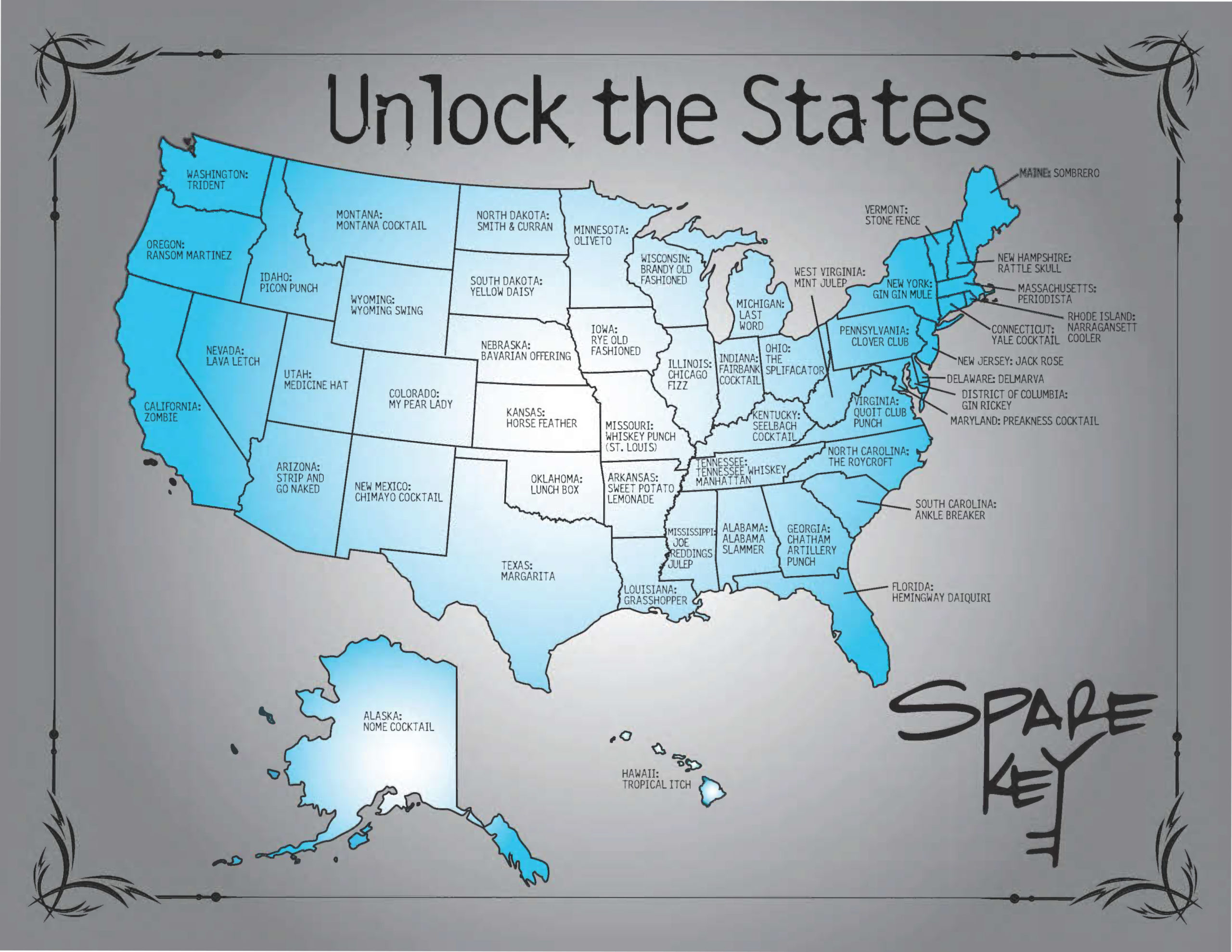 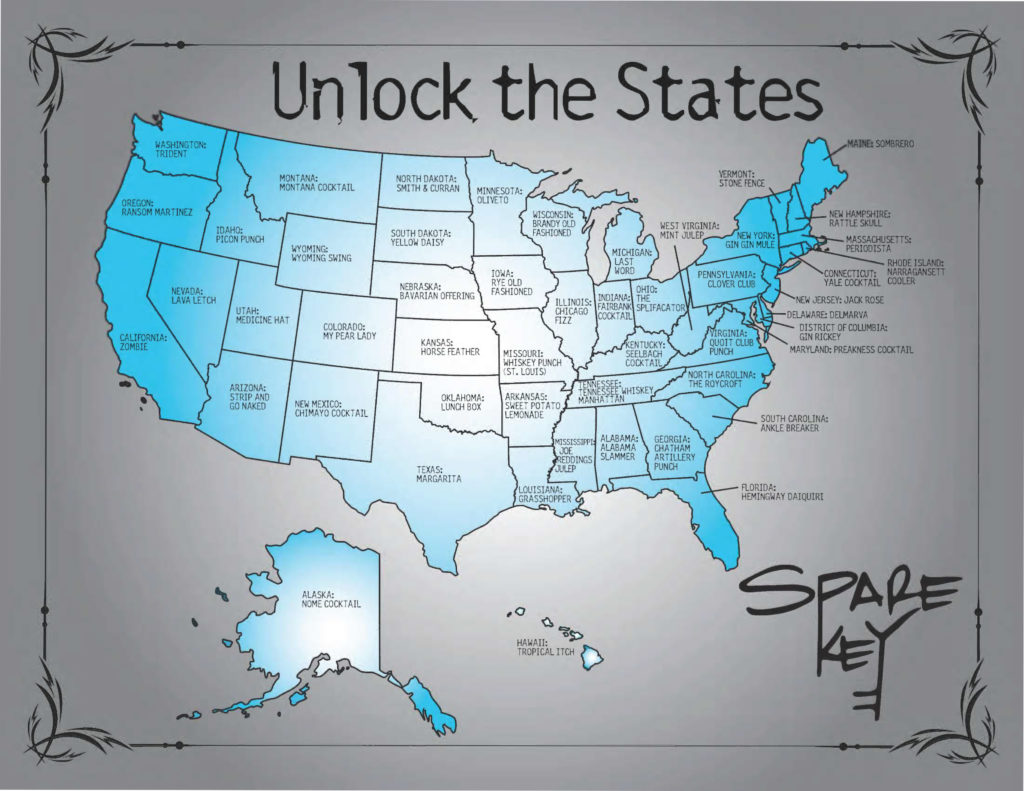 Cocktail bars are getting craftier than ever with their menus, and in this new series, we delve into the stories behind those designs. First up: one of Houston’s newest cocktail bars: Spare Key.

The bar offers a rotating list of seasonal cocktails, but last spring owner Chris Frankel also launched an addendum to the house menu called “Unlock The States.” The menu is an homage to Frankel’s travels around America, and there’s a cocktail listed for every state, each one with some link to the history or regional flavors of its respective area. In addition to working a few of his favorite drinking memories into the menu, Frankel also delved into regional cocktail history and tapped local cocktail enthusiasts for recommendations. “This was a research project, so I couldn’t take the easy way out and just throw together my own recipe if I had trouble picking one,” he says.

A few themes emerged during the process. Punches, juleps and other “patio drinks” that “seem light and refreshing, yet conceal a hefty amount of booze,” make up the bulk of the Deep South section, while in New England, Frankel focused on “colonial-era or 19th-century drinks, which often have a rum or whiskey base and tend to be richer in body.” The Pacific and Southwestern states show a lot of 1950s-70s tiki influence, like the Lava Letch from Nevada, a drink from Frankie’s Tiki Room, an iconic Las Vegas bar that Frankel loves.

For Spare Key’s guests, the menu becomes a kind of passport as they sip their way through the options. “On weekends, we get groups of friends or co-workers who will look over the menu together, each order a state drink with particular meaning to them, and pass the drinks around to taste. I love those interactions.” And ultimately, Frankel says this is the menu’s biggest strength—creating a conversation. “The first time our customers read the menu, they generally look at the drink selections for states in which they’ve lived,” he says. “Sometimes they connect with a drink and feel like we got it, and sometimes they have a different opinion and ask how we made that choice. Either way, there’s a fun conversation ahead.”