Co-fermentation Is The Winemaking Technique Of The Moment 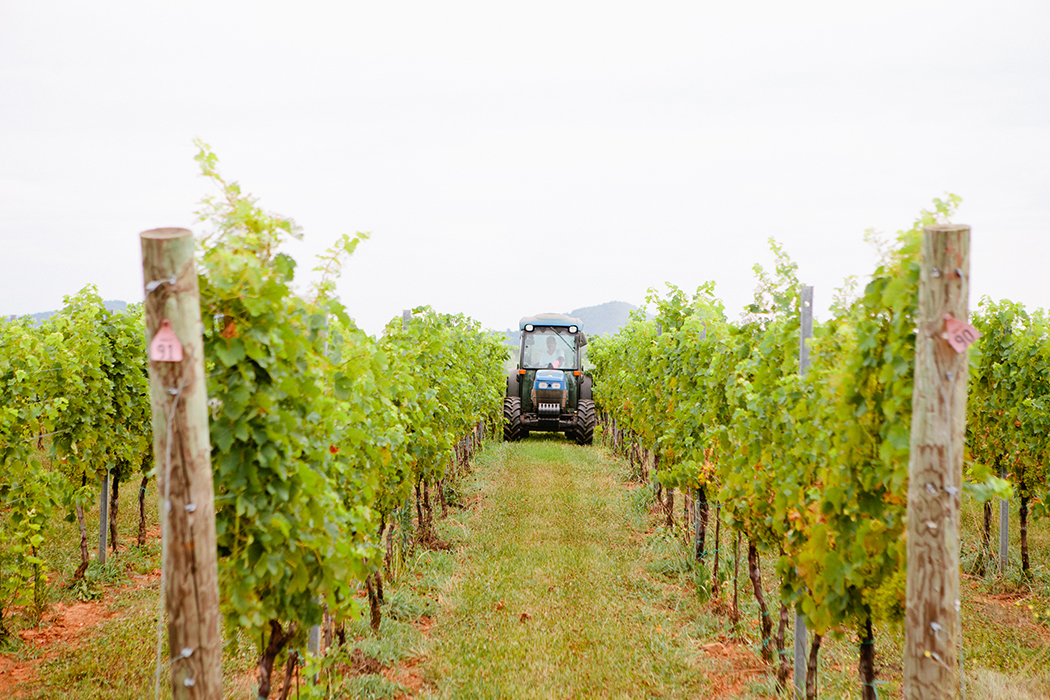 Forget single-block Syrahs and lone-vineyard Cabs. Back in the day, wine grapes were gathered by the bunch—regardless of varietal—and co-fermented into vats of field-blend vino. It was common practice throughout France’s Rhône region, Tuscany and even parts of Portugal, mostly because that’s how the vineyards were planted—a little bit of this here, some of that there. It was simply easier to harvest all the grapes together than individually sort them out. But co-fermentation had an unexpected side effect—mingling the grapes before they were turned into wine created harmony in the glass. And though the practice began to wane once more planning went into vineyard plantings, some New World winemakers have begun to revisit it.

Ben Jordan of Early Mountain Vineyards in the foothills of Virginia’s Blue Ridge Mountains likens the process to cooking—“if you cook onions and meat separately and then mix them, you get an entirely different dish than if you’d sautéed them together,” he says. “Co-fermentation is similar.”

Wine’s characteristics are based on raw materials, and when you combine those materials before they become wine, you get something totally different than if you combined them later.”

Brianne Day, founder and winemaker of Day Wines in Oregon’s Willamette Valley agrees: “Wines made [via co-fermentation] integrate early on so the texture is more congruent than it would be if blended later,” she says. “I don’t want to notice where the Malbec stops and the Cab Franc starts.” Highlighting a sense of place is also key, she adds. “Terroir is always the number one priority, so if I’m making a blend it’s going to be a field blend and I prefer to co-ferment.”

Both winemakers also say logistics come into play. “I can’t ferment a ⅓ ton of Tannat by itself,” says Day, adding that it may not have enough heat and momentum to finish in a clean way. “So I ferment my ⅓ ton of Tannat, with a ⅓ ton of Malbec and a ½ ton of Cab Franc from the same vineyard and often same rows.” It’s a similar strategy for Jordan: “In Virginia, Cab Franc and Tannat, tend to ripen around same time,” he says, “so it works logistically to pick and ferment them together—plus, the results are way more interesting.”

Another perk? “Co-fermenting takes me, the winemaker, out of the process in a way by tying my hands,” says Day. “I don’t want my wines to taste the same, and if I’m tuning them to my palate I think there will be a measure of sameness to them—by co-fermenting I’m limiting my ability to tinker later.”

Though tinker, they do. Aside from traditional co-ferments (like Cote Rotie’s famed Syrah/Viognier), Jordan experiments by combining Riesling and Petit Manseng in the macro bin, as well as whole-cluster Riesling and Syrah. “It seemed like a bad idea,” says Jordan, “but it’s aromatically really interesting and complex—it’s a compelling, nerdy wine.”