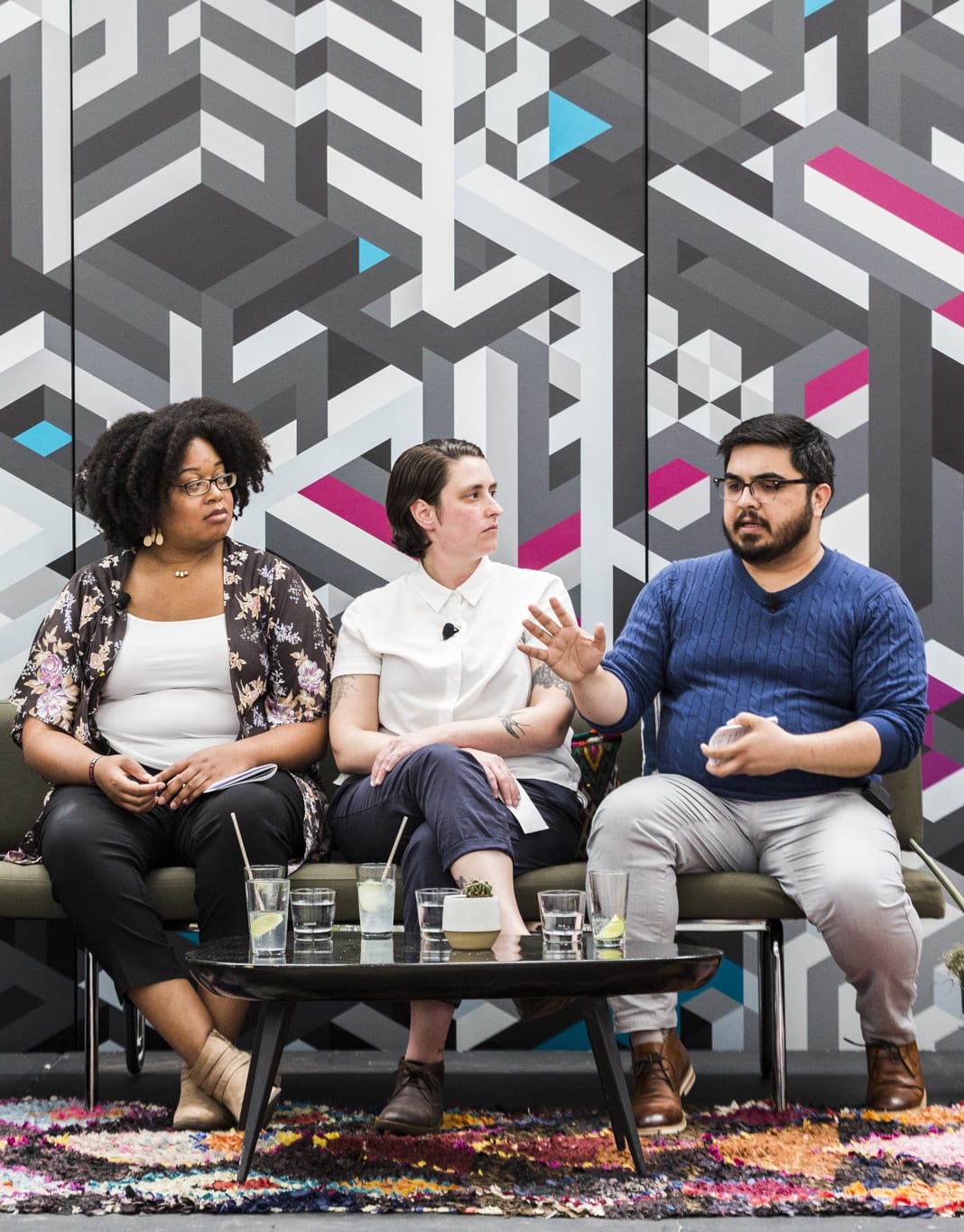 Over the past few years many cocktail pros have led a sea change in the industry, actively shifting practices and consumption away from excess and toward a more mindful approach that balances mental and physical health and puts a critical eye on issues of diversity and inclusion.

Now in its second year, the topics have broadened and deepened, with panels like Ageism in Hospitality, Progressive Sustainability and Mental Health Issues in the Hospitality Community. With a new advisory board setting rules for allyship on the first day, followed by a community accountability workshop led by Radical Xchange co-founder Ashtin Berry on day two, the audience was encouraged to actively participate in every discussion.

Chicago Style challenges participants to widen the lens used to look at the bartending world and actively help to make the industry more inclusive. In a panel titled Political and Community Activism within Bars, writer, bartender and activist Dan Q. Dao reminded the audience that discussions about equity, diversity and sustainability have long held a place at the bar. “Cafés and hotel bars in Europe were a place where ideas and politics would be discussed, where people could gather and organize. In America, taverns functioned the same way—bars were traditionally places for political organization.” he said. “Now when bars take a stance to do something social or political, people on social media say they want to leave politics off the table. That goes against the roots of what bars stand for, and that’s why it’s important for me to call this out: If your bar is socially engaged in a way people might not like, you are joining a long line of bars who have done this before.”

At their core, bars also create community, a theme that weaved throughout the three days of programming. For historian Owen Keehan, many Chicago gay bars in the 1960s to ’80s offered a safe haven for the LGBTQ community. “The important thing about gay bars that most people aren’t clear about is that the worst part of being gay in the ’60s was the isolating loneliness. If you were LGBTQ it was a mental illness—you were a sinner and it was illegal. You were going to an asylum, jail, hell, or all three,” he said. “Bars became places where we came together and realized the problem wasn’t us. You go to a gay bar and have yourself reaffirmed. You’re accepted.”

For people like panelist Claude Bobo, who now works at Quari Ice, the bar is a place where formerly incarcerated people can successfully re-enter into society. And for Kisira Hill of Radical Xchange, the bar is a place to celebrate the long history her ancestors have had with the service industry. “Service is something that people of color, and black people in particular, have been doing since the dawn of America,” she said during a panel on Understanding Hospitality’s Relationship to Ancestral Trauma. “There is a whitewashing that happens in the cocktail industry and I try to celebrate the work that my community and people have done. My role is giving more historical context to the work and leverage access to that for other people.”

Chicago Style highlights many unspoken or unrecognized issues in the bar industry, creating a platform to honestly discuss problems, ask uncomfortable questions, and give attendees real action points to implement in their daily lives (more resources here). This year the event also raised over $25,000 for charity partners the Chicago Period Project and James Beard Foundation’s Women in Leadership programs.

Co-founder Shelby Allison says she’s proud of the way they’ve grown and strengthened their platform and looks forward to planning next year’s programming. “There is so much to discuss and we have discovered an incredible community of beverage professionals that are ready to physically show up and do this hard work with us,” Allison says.