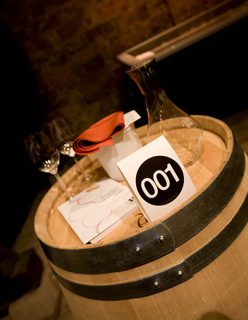 In the May/June 2010 issue, Amy Zavatto demystifies the often-intimidating world of wine auctions, showing that they can actually be great resources for everyday wine enthusiasts. While auction houses and bidding websites can be excellent ways to score hard-to-find bottles, charity auctions are the perfect opportunity for philanthropic oenophiles to grow their cellars while raising money for a variety of good causes. It’s true that you’ll have to buy a ticket just to get in the door of a charity auction, but a portion of your entry and winning bids are usually tax-deductible. And with many generous vintners donating never-before-released bottles and travel companies offering up private tours and tastings, charities aren’t the only ones who can win big at these events. Here are a few charity auctions worth your bid.

Auction Napa Valley
This auction is considered the granddaddy of all charity wine auctions, having raised more than $90 million for local organizations since 1981. Four days of wine-filled events include a grand tasting from more than 100 wineries, private dinner parties, and a live auction followed by dinner and dancing. The 2010 auction will be held June 3–6. napavintners.com

Classic Wines Auction
Classic Wines has raised nearly $24 million for Pacific Northwest charities since 1982. Its annual “Week of Wine” includes formal wine tastings and winemaker dinners followed by a dinner and live auction. Past lots have included everything from cases of hard-to-find California Cabernets to a German vacation with Ernst Loosen of the famed Dr. Loosen wine estate. The 2011 auction will be held on Saturday, March 5. classicwinesauction.com

Destin Charity Wine Auction
Now in its fifth year, this Emerald Coast charity has raised nearly three million dollars for local children’s charities throughout Northwest Florida. Their annual “Wine and Dine in Paradise” weekend is filled with wine tastings and private dinners and culminates with a live auction that has featured lots, including throwing the first pitch at a Chicago Cubs game and a trip to Bordeaux. Check their website for 2011 auction dates. dcwaf.org

High Museum Atlanta Wine Auction
A week of pre-auction events includes a rare auto show, golf tournament, wine-tasting seminars and winemakers dinners. The grand gala live auction sells out early every year, making it one of Atlanta’s most successful fundraising events. Past lots have included a trip to Napa and a starter wine cellar of 10 cases, and all proceeds benefit the museum’s new acquisitions and education programs. Check their website for 2011 auction dates. atlanta-wineauction.org

L’Eté du Vin
Nashville-based l’Eté du Vin (which means a summer of wine) got its start three decades ago when a small group of wine-loving friends gathered to auction off their personal bottles to each other for charity, and it has since brought in nearly $16 million for cancer research and treatment. The 2010 auction will be held from June 17–19. nashvillewineauction.com

Vintage Bouquet
Vintage Bouquet is the Beverly Hills Bar Association’s annual food and wine tasting and auction. The event features a blind tasting and all proceeds benefit programs offering community service from free wills for firefighters to helping victims of domestic violence. The 2010 auction will be held on May 2. bhba.org/vb