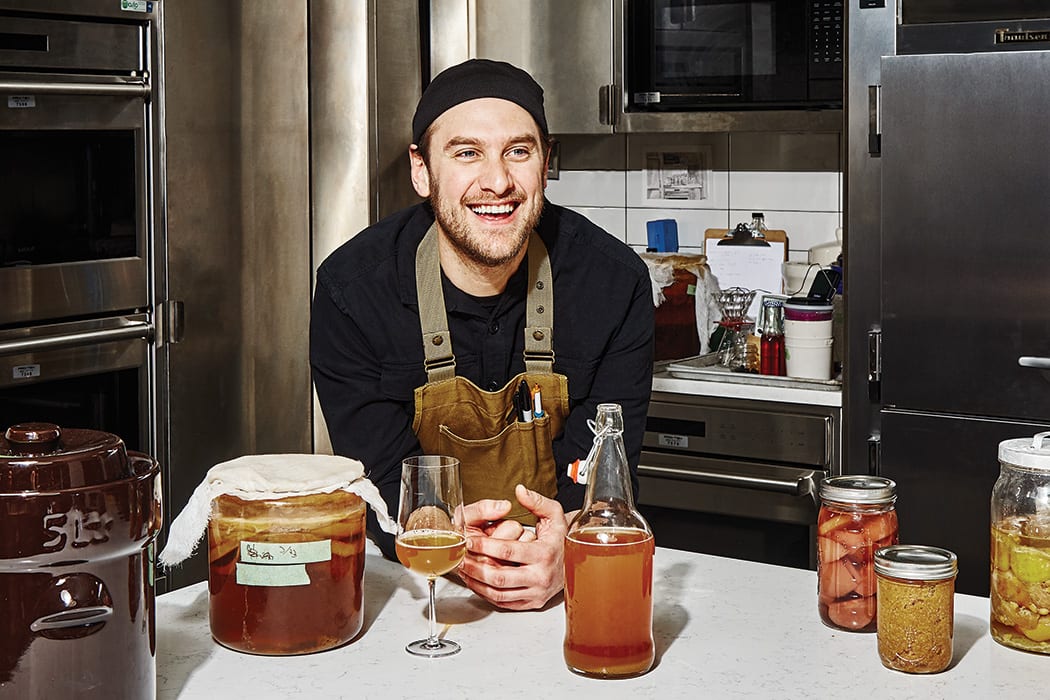 Brad Leone has made a career out of just being, well, Brad. While working as the test kitchen manager for Bon Appétit, the affable New Jersey native began to amass an online following for his video series It’s Alive with Brad. Launched in 2016, the series follows Leone around the kitchen, and occasionally on location, as he makes fermented food and beverages like kimchi and kombucha, spills things and cracks jokes, creating a show that ultimately comes together as equal parts how-to, blooper reel and Pop-Up Video. And while he still spends plenty of time in the BA kitchen, this year Leone is hitting the road for It’s Alive: Goin’ Places to explore the stories and people behind our favorite food and drinks, from making sotol in Texas to spearfishing in Hawaii. We recently chatted with Leone about his penchant for food that’s alive, blowing things up in the kitchen and the importance of making mistakes.

Imbibe: You had a pretty varied career before landing at Bon Appétit. Were you always interested in cooking?
Brad Leone: I’ve always cooked. Both my parents are good cooks. My first job, when I wasn’t even old enough to drive because my dad drove me on Saturdays, was with an ex-uncle who owned a catering company and a deli. But I was also a union glazier; I was a carpenter for a few years…I worked in restaurants, and it wasn’t exactly what I wanted to do, but the food industry is so large that I figured I could get into something other than restaurants. I took out a loan and moved to Brooklyn, found an apartment on Craigslist with five other roommates, and went to culinary school. I took an internship at Bon Appétit back when Condé Nast did internships. It was sort of a glorified dishwashing job—I was the test kitchen assistant, so I did all the shopping, all the cleaning and certainly all the dishes. After that, they offered me that position and, of course, I took it. My plan was just to get in and work my way up.

How did It’s Alive come together?
It definitely had plenty of opportunities to not happen. A few years ago, Bon Appétit didn’t really have a big YouTube presence, and the videos that we did weren’t very personality-driven—just hands-and-pans kind of stuff. I guess they wanted to gear away from that, so they trained us how to act on camera, and everyone did little test videos. Our creative director at the time, Alex Grossman, saw my test video and he was like, “I don’t know what the hell this is, but it’s not Brad. Brad’s always doing projects down in the test kitchen, someone just go put a mic on him and follow him around.” So Vincent Cross—Vinny—became that camera guy. We shot the first episode, which was kombucha, years ago, and it sat on a hard drive for like eight months. It was Vince who finally told them, “Hey, there’s plenty of bad stuff already on the internet, just give this a shot.” For some reason they did, and it just picked up this cult following, and a year later we were hitting one million views, and now we’ve got like 50-something episodes. I thought for sure [that first episode] was going to get me fired.

Have you always had a fascination with fermentation?
No, not at all! A stylist at the time gifted me a scoby, so it started as a fun project and snowballed from there. My parents didn’t ferment things, not on purpose anyway. But I’ve been grateful for it, because it’s a great community, and it’s a healthy way to consume food. But my whole thing is about approachability. I make mistakes on camera, we have fun, we laugh, I drop things, I mispronounce words on a daily basis, which all became part of the shtick—aka my personality. It’s been great because I can just be me; I don’t have to turn into a character, and all those little quirks became part of it. In a lot of videos out there, everything works perfectly, and they have swaps, and everything’s clean and there are no mistakes. That’s not cooking, and it’s not what people experience when they try it at home. I want to fail with people; I want to learn together. I think that’s very important—to keep the human element in cooking.

Any memorable mistakes that you learned from?
I’m a big fan of Lambrusco, the sparkling red Italian wine, so I tried making one. This was back when I was still learning about carbonation and pressures and the types of bottles you have to use. Long story short, I did the first fermentation, and then I racked it and tried to put the carbonation on it during the bottle conditioning. I was looking at the bottle thinking it hadn’t worked. Side note: When you ferment things that are carbonated under pressure, it behooves you to chill them before you open them. Anyway, I went to open it, and as soon as I popped the little metal cage, the bottle turned into sand—it completely blew up. There was Lambrusco on the ceiling, on our faces, I had little micro cuts from glass on my face. We were really lucky no one got hurt. My co-worker, Chris Morocco, the senior food editor, was standing next to me at the time, and he didn’t talk for days.

What inspired the new destination-based version of the show?
We’re still cranking out the regular It’s Alive show, but we’d started to do a couple of travel episodes—we went to Ecuador and made chocolate, and we went to Alaska and went crabbing, and to an oyster farm in Massachusetts. I love the in-the-kitchen projects, but I’m also a big fan of exploring where food comes from and the stories behind it. I mean, people will order Thai takeout with that umami fish-sauce flavor we love, but they don’t know where it comes from. A lot of foods and flavor profiles come from fermentation. There are generations worth of information and hard work, and being able to tell those stories of the people behind them is really important to me. We can have fun; we’ll be silly and goofy, but we’ll also tackle important topics and we’ll learn.

You’ve tried your hand at beverages on the show as well, like beer at Suarez Family Brewery in New York and sotol at Desert Door Distillery in Texas. What’s your go-to when it comes to drinks?
I drink wine a lot, and I like really good beers. I’m not really a cocktail guy. Although I had the opportunity to go on Late Night with Seth Meyers and we made a Paloma with the sotol, and I added a few little riffs like ginger and mint—that was delicious. But the problem is that I drink them so fast! I can get into anything as long as it’s well-crafted, just like food. That doesn’t sound pretentious, does it? 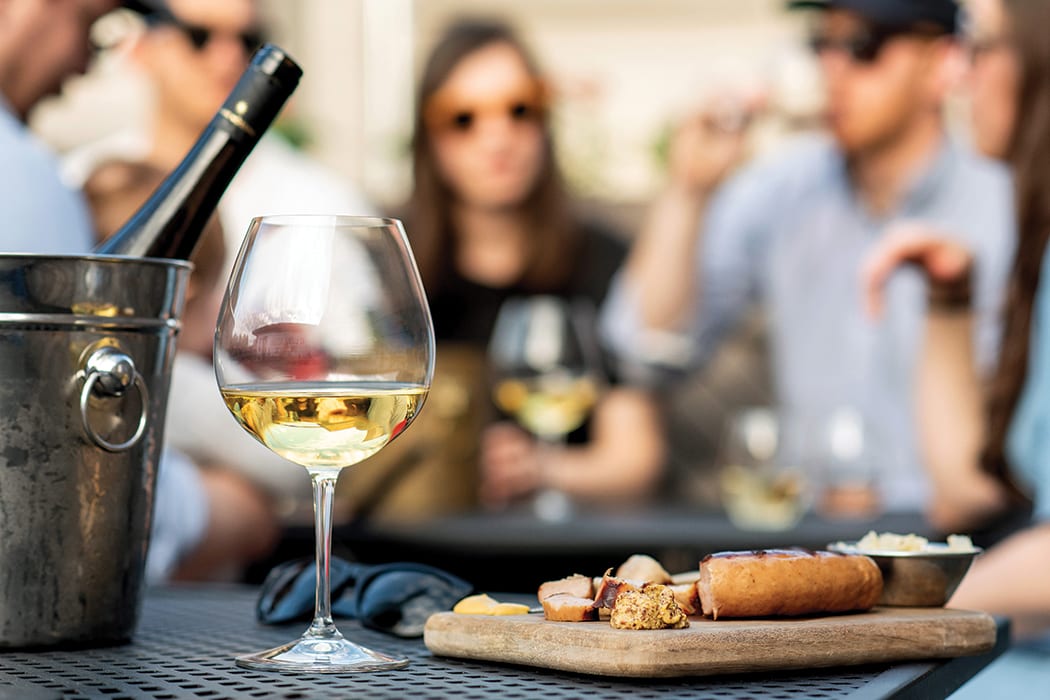