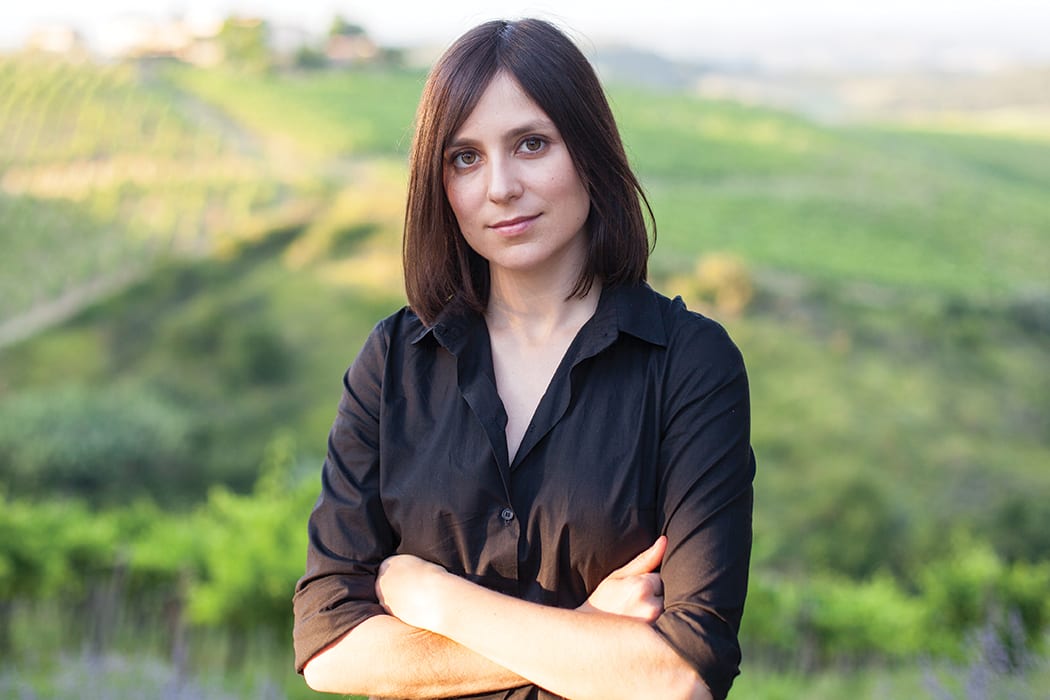 Journalist Bianca Bosker has written about everything from Chinese architecture to competitive ax throwing for outlets like The Atlantic, The Wall Street Journal and The New Yorker. But when she quit her job as the executive tech editor for The Huffington Post to get a firsthand perspective on what it takes to become a certified sommelier, Bosker discovered an entirely new level of obsession and dedication. Bosker’s own training became a quest—both hilarious and horrifying—to understand the nature of taste. Her new book, Cork Dork: A Wine-Fueled Adventure Among the Obsessive Sommeliers, Big Bottle Hunters, and Rogue Scientists Who Taught Me to Live for Taste (out next week from Penguin Random House), recounts her journey.

Imbibe: What was your understanding of wine before you started this project?
Bianca Bosker: I was a total philistine—just a complete wine ignoramus. I had always enjoyed wine and liked drinking it. But I had also never really felt my spirit moved by a bottle of fermented grape juice, and I was always a bit perplexed as to why people spent so much money and time and effort chasing down a few fleeting seconds of flavor.

When you set out to dig deeper, was it out of curiosity as a journalist, or did you really feel like you were missing out on something?
Had it just been the intellectual curiosity of a journalist, there would have been no reason to subject myself to hours of humiliating blind tastings at the hands of exacting sommeliers, followed by days of very painful hangovers. But I stumbled into this world of hyper-competitive and high-achieving sommeliers, and I saw these amazing stories of passion and obsession that were just begging to be told. But the human in me also saw what they were doing and was deeply upset because I, at that point, was living at the complete opposite extreme, and their work really highlighted how sterile my life was. Writing about technology, I spent all day, every day at a screen writing about things that happened on screens. I just got fixated on this question of what was I missing? That was what convinced me that writing about them was not enough; I wanted to become one of them and experience life firsthand from this more sense-full perspective. It was not just about understanding the passion but about gaining this greater awareness for the richness and nuance that exists around us.

What did you witness that led you to describe the wine experts you worked with as “masochistic hedonists”?
I think people outside the industry think of wine as being all about pleasure, and what I found as I learned more about these hyper-intense sommeliers is that they put themselves through a stunning degree of pain. Obviously it’s in the name of something they love, but it is a field that demands the total commitment of mind, body and spirit. I had sort of come into this thinking, okay, they drink a lot of wine, they work late hours, these are probably people that love to party. But wine is a field that traffics in subtlety—of flavor, of the distinctions between vineyards, between vintages—and that requires them to take this incredibly disciplined perspective on pleasure. They spend their days off memorizing thousands of flash cards; they agonize over how they are going to spend their hard-earned cash on wine; they take vacation days to go to these high-stress competitions. They just take pleasure so seriously.

What was the most difficult part of the process for you?
I was working to pass the Court of Certified Sommeliers exam, and that requires blind tasting. And I in no way appreciated how much of a mental exercise it would be in addition to a physical one. When you’re sitting there facing down two or three or six glasses of wine and you have no idea what they are, your mind very quickly goes to some dark places. I would think, “Oh my god, is it Merlot? I always miss Merlot. Are one and three the same thing? Why can’t I smell today? Am I having a stroke?” We are multi-sensory creatures, so flavor is not only what we taste and smell, it’s also the color of things, our mood that day, the soundtrack on the radio in the background. One of the hardest things for me was being able to cut through my own insecurities and doubts and preconceptions—all that sensory noise—to be able to zero-in on what was actually in front of me. I think that taught me confidence not only in my taste for wine, but also in my taste for all things, and offered incredible rewards that go way beyond a glass of wine.

How do you approach wine now?
Wine went from being a purely decorative accessory to a meal to being the main event. And I find the pleasure I get from it now is both sensory and intellectual. For me, a good glass of wine is one that tells a story that starts by planting a question. But I think I have become a serious pain in the butt for my friends, in that now they are wracked with insecurity when it comes time to bring wine over to my house for dinner, and so a lot of them have started just bringing Bud Light in protest.

Beyond wine, what else do you think you gained from training your senses this way?
I think a lot of us settle for second-hand sensing. We let menu descriptors, flowery descriptions from waiters or even prices dictate what we experience. We taste what people tell us to taste. But it would be wrong to think that the skills we gain in wine tasting are only applicable at the table. One of the things I did during my training was to get coaching from some master perfumers, and their recommendation was to smell everything and start putting names to it. So I stopped listening to music as I walked around the city and just started inhaling smells. For me, I had this feeling like I had been living in a foreign country for years, and all of a sudden I learned to speak the local language.