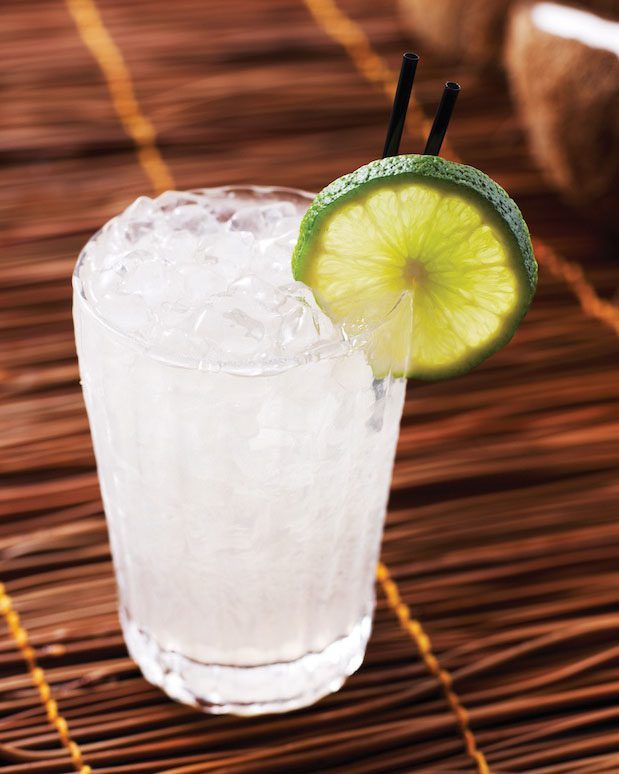 It’s highly unlikely that we’ll ever know the name of the person who mixed the first bowl of punch or precisely where or when that momentous act took place. The best guess we can muster is that it was a 17th-century English sailor on his way to India who first mixed medicinal brandy from the ship’s store with water and a few simple ingredients obtained along the way. By the 1660s, English sailors had spread punch from its origins in the Indian Ocean to the Caribbean, where it’s been the characteristic drink of the region ever since.

In 1707, when Hans Sloane, an English-German physician who traveled in the islands, found it in use as “the common fuddling liquor” of the colonists, it was still very close to its original state: the role of the brandy was played by local rum, of course, which was mixed with “Water, Lime-juice, Sugar, and a little Nutmeg scrap’d on the top of it.” Today, which avatar of this original formula you’ll encounter is determined by which island you’re on. But whether it’s the Ti Punch of Martinique, where the citrus has been reduced to a mere squeezing of lime peel, the Peanut Punch popular in Trinidad or Jamaica, or the generic Rum Punch, made with a bottled tutti-frutti mix that you’ll find throughout the region, the drink is invariably based on rum.

That was not always the case. The Caribbean is a bubbling cauldron of cultures—people from other places who have been jammed together. Those other places have their own drinks, some of which were poured into the cauldron as well. The Spanish Caribbean drank a version of Punch they called sangria, based on the fortified wines characteristic of the Iberian Peninsula; as sangaree, it rapidly made the jump to the English parts of the Caribbean, where it became almost as popular as Rum Punch. The Dutch made their own contribution, recorded in an 1876 Caribbean travel tome, West India Pickles, by an Oxford-born New York stockbroker, William P. Talboys.

When he was in Barbados at a local planter’s house, Talboys “made the acquaintance of a bowl of Barbadian punch” so good that he had “no words strong enough to describe [his] entire respect for it.” Its chief ingredient was not the local rum, as one would expect, but rather “Holland gin,” or Dutch genever. This is not as eccentric as it sounds: Dutch traders were everywhere in the islands, and Dutch distillers may have introduced the Caribbean to distilling; to this day, genever is still sold there.

In any case, mix it, as Talboys’ Bajan friend did, with sugar, lime juice, coconut water and Demerara sugar, and you have a peerlessly refreshing summer punch. It also makes a fine swizzle, if you’d rather not make enough for a house full of people. Either way, I like a little Angostura in mine and, truth be told, I find it’s practically as delicious when made with Barbadian rum.