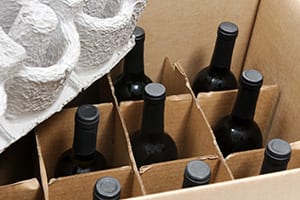 There’s an egalitarian element to even the most exclusive and hard-to-get-on of these lists, in that if you’re patient—i.e., willing to spend a few years on a waiting list—you’ll eventually be invited to buy a certain amount of these sought-after wines. Whether it is because they like the idea of cutting out the middleman, or because they’re simply too small to sell any other way, more and more wineries are choosing this path. So the big question looms: What mailing list should you be on right now? From easy-access allocations to the most exclusive of exclusive, here are a few you should consider signing up for.

SIGN UP NOW
These six lists are open and easy to get on, for now at least. Sign up and start sipping!

Birichino
Two Bonny Doon alums making the wines of their dreams—affordable wines at that! Their signature 100% Malvasia Bianco is not to be missed.

Luceant Wines
One of our Imbibe 75 People to Watch, Elaine Chukan Brown of the wine blog Hawk WakaWaka Wine Reviews, named Santa Barbara-based winemaker Kevin Law as one or her favorite direct-to-consumer producers. If you can get them, his wines won’t disappoint.

Dirty and Rowdy Family Winery
Two couples making wine fun again, from “balls-to-the-wall” Mourvédre to Semillon that they describe as “a blend of skin fermented texture and concrete egg fermented wonder,” their wines are textbook examples of the “new” California wine.

Massican
Inspired by the wines of northern Italy, this white-focused winery is putting out some of California’s most talked-about bottles and, incredibly, their mailing list is open (for now), though the wines go quickly thanks to a first-come, first-served system.

DREAM ON
Ok, you may have to wait a few years (or more) to get your first allocation of these small-production, highly coveted wines, but signing up for the wait list takes all of three minutes—then you just sit back, relax and wait for your shipment to come in.

Screaming Eagle
Spend a little time on wine-related message boards and it won’t be long before you encounter heated debates about “SE,” “SQN” and Harlan (see below), as spots on their mailing lists are so sparse that even the geekiest of wine geeks find themselves waitlisted. While Screaming Eagle won’t comment on how long you can expect to wait for their wines, stay patient—buying bottles through the secondary market is not only frowned upon, but will get you blacklisted from ever receiving an allocation.

Harlan
Often described as the “ultimate cult winery,” Harlan Estate’s bottlings have become exponentially more popular since its initial offering in 1996, with prices to match. Harlan’s Bordeaux-style wines are spoken of with reverence by those lucky enough to have tasted them, so get your name on this waitlist—considering the $500+ price tag, a little time to penny-save before your first allocation might not be a bad thing.

Sine Qua Non
SQN enjoys a cult-like following on par with SE and Harlan, but unlike their Bourdeaux-favoring counterparts, the Santa Barbara-based operation focuses on Rhone varietals, such as Syrah and Grenache.

Cayuse Vineyards
French vigneron Christophe Baron pioneered winemaking in the now-coveted “Rocks” area of the Walla Walla Valley. Biodynamically produced, many devoted drinkers believe that his single-vineyard Syrahs are well worth the four-plus-year wait for an allocation.

Leonetti Cellars
One of the first families to plant vineyards in Walla Walla, the Leonetti family has been making wine since the late 1970s. A three- to four-year wait for a spot on their mailing list is rewarded with seriously age-worthy bottles of Merlot, Sangiovese and Cabernet Sauvignon.