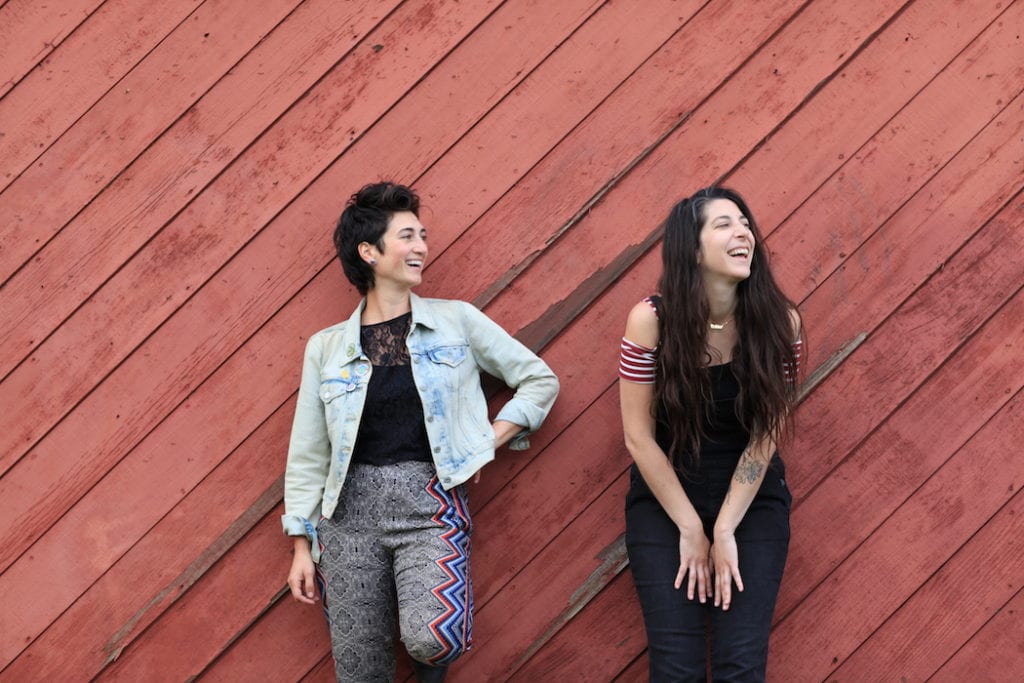 Jasper Wilde (left) and Ashley Rodriguez tackle the social side of coffee for the Boss Barista podcast.

Ashley Rodriguez and Jasper Wilde love making, drinking and talking about coffee—so much so that they made a career out of it. Rodriguez was working as a middle school math and science teacher, until she got a job at a coffee shop one summer. That was seven years ago, and today she manages the Cro Café in Oakland and is the online editor for Barista Magazine. Wilde has been working in specialty coffee for more than a decade, everywhere from Boise to Santa Cruz before landing in the Bay Area where she is the coffee educator for Ritual Coffee Roasters. Last fall, the pair began a new project to challenge and improve the industry through thoughtful dialogue. Boss Barista is a podcast aimed at creating conversations in the coffee community and beyond that address current social issues and marginalized voices within the industry. We spoke with Wilde and Rodriguez about the mission of the podcast, changes they’d like to see in the coffee world, and what they’ve learned in their coffee pursuits.

Imbibe: What inspired you to start the Boss Barista podcast?

Ashley Rodriguez: For Barista Magazine, I did a series about two years ago highlighting podcasts in coffee. I met a lot of people doing it and realized there was cool stuff happening, but a lot of the discussion was revolving around the same people and a very limited range of coffee topics. I was interested more in what is happening in actual cafés and baristas’ experiences, because I wasn’t hearing that voice. Then I went to a “Coffee and Women” event, and Jasper led the initial discussion and gave a great feminist coffee manifesto. I realized if I wanted to discuss things that I thought were important, I was going to have to do it myself, so I talked to Jasper about doing our own thing.

Jasper Wilde: I had a low tolerance for the coffee media as it is now, because it’s always the same voices, the same perspectives. For example, barista competitions are in the media a lot, and repeatedly there are no women, or one woman, or few competitors who are people of color, and it just seems really noteworthy. And meanwhile, everyone is saying how progressive we are in coffee, but there was no commentary there. Our mission is to join the coffee industry commentary with uniquely feminist voices and highlight and amplify the voices in coffee that are there but not being listened to.

What are some of the issues you explore that are facing the specialty coffee industry right now?

AR: When you say that there is sexism in coffee, a lot of people respond negatively to that—a lot of men, specifically. How do you acknowledge the things that are happening around you, and how do you acknowledge that you have privilege? Like, hey, it’s okay if you’re a white male, we’re not saying you’re a bad person, but you have to recognize that you have power to take action that could make things more equitable for others. Emotional labor has been another big issue for us; acknowledging that it’s hard to be a barista. There’s not a lot of room for advancement, especially if you inhabit a body where people don’t take you as seriously.

What are some stories you’ve heard from your guests so far that have surprised you?

JW: The thing that I’ve been surprised about is the idea that specialty coffee still feels like a white space, because leadership is still white, and marketing is still white—even as we hire a guy who is Latino or a woman who is Asian. We can’t just check diversity off the list. But it seems like the specialty coffee industry is very quick to say, “Okay, we did it, we’re diverse.” And instead of looking for what more we can do, it’s an attitude of “Have we finished yet?”

AR: It’s surprising how unsurprising some of the stories are. We had a guest on, Briana Walker [from Réveille Coffee in San Francisco], and she was talking about customers asking to touch her hair, which is one of those things I’ve heard of happening to black women a lot, but I could not believe that someone would go to her place of work and ask her, over the counter, to touch her hair. That’s a real thing that happens.

What changes would you most like to see happen in coffee?

AR: I would like to see more women and people of color compete in barista competitions. If we had more diversity, it would make a big difference. I think equal representation is often something people take for granted.