Where to Drink in Montauk, NY 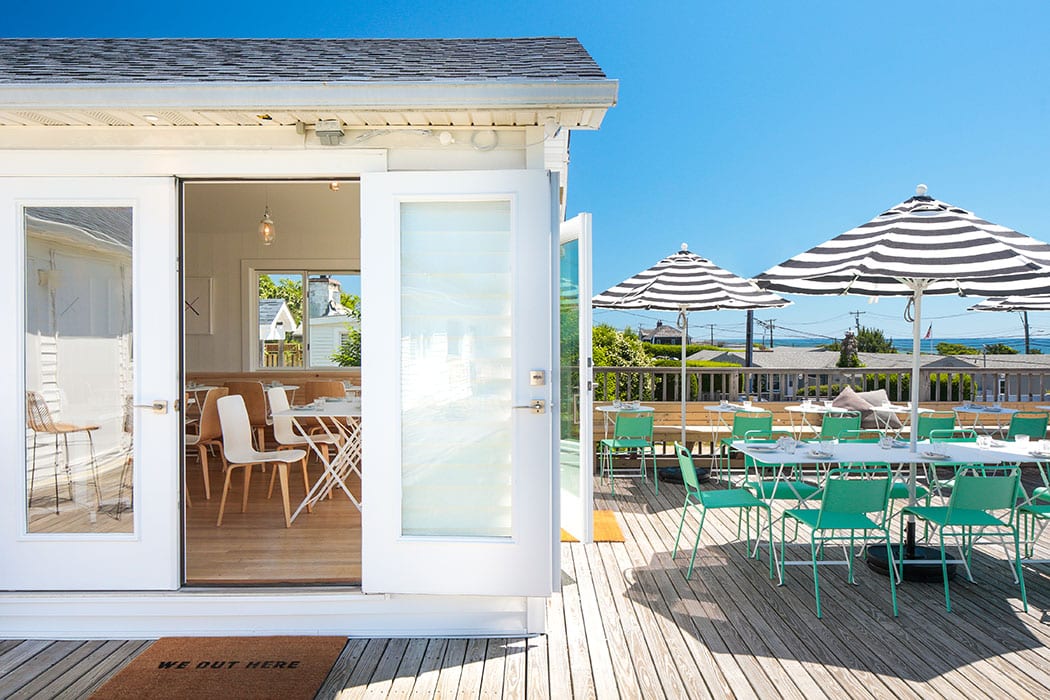 Summertime means surf’s up in one of New York’s favorite vacation spots. Long a favorite beachside destination for weekenders looking to escape the city, Montauk now draws visitors from near and far thanks to its epic sunsets, world-class surfing, and quickly growing food and drinks scene. While Long Island has become known for its wineries, the beer scene is well worth exploring too, and locals will tell you not to miss Montauk Brewing—one of the first operations to bring craft beer to the area when it opened in 2012. Co-founder Vaughan Cutillo was born and raised in Montauk, and while the red barn that houses the brewery is considered a destination in itself (the barn was built by Cutillo’s parents in the mid-90s), to fill up the rest of an itinerary, Cutillo shares some his favorite local spots for summer imbibing.

Morning Coffee: For what Cutillo calls “some of the best coffee in town,” head to Left Hand Coffee in the heart of downtown. One of the first specialty coffee shops in the city when it opened in 2015 (they now have a second location by the harbor), this charming café roasts its own blends and captures the local spirit with design details like a reclaimed driftwood-clad bar. The star of the summer menu is usually the Yama cold-brew, made with a process that takes about 12 hours, and this year they’ve added a lineup of seasonal matcha drinks. “Start there for some caffeine, then walk up the street to Joni’s for a breakfast wrap,” Cutillo says. “My go-to is tomato, bacon and avocado, but you can’t go wrong here.”

Lunch Beers: An ice-cold beer pairs so perfectly with fresh seafood that it would be a shame to skip out on either. Cutillo says a lot of local spots serve Montauk Brewing, and one of his favorites is 668 Gig Shack. Also known as “The Shack” to locals, the family-owned and -operated restaurant specializes in seafood, complete with the requisite lobster roll, crab cakes and Cutillo’s favorite, fish tacos. He recommends ordering a pair with the homemade mango salsa, “served alongside our Wave Chaser IPA.” The bar also serves wines from Bedell Cellars, Wölffer Estate and whiskies from co-owner Skylar Gardell’s Montauk Hard Label.

Afternoon Snacks: New to the Montauk indoor-outdoor dining scene is All Day Café at the Breakers, a hotel café that offers “great food, drinks and poolside vibes,” says Cutillo. Coffee from Toby’s Estate anchors the caffeine side of the menu, with beach bites, local beers, wines and “après beach” cocktails rounding out the offerings. “Such a fun spot and out of the way a little bit, it has ocean views without the crazy crowds,” says Cutillo.

Happy Hour: “Montauk has one of the most incredible sunsets I’ve ever witnessed, so when friends come to town, I tell them they need to see a sunset at the Montauket,” says Cutillo. There’s no lack for places with good views, but at this family-owned bar that’s been around since 1959, you can skip the touristy vibes and “get a good feel of what locals are like, because it really is a no-frills setting—as authentic as it gets,” he says. Known for its happy hour, this is one of the best places to grab a beer and kick back before dinner.

Dinner: When Montauk Brewing started pouring their first beers, Cutillo and partners kicked off the festivities on the big outdoor patio at Harvest On Fort Pond, and the Mediterranean restaurant on the waterfront remains one of his favorite places for family-style food, beer and wine. “Harvest has a simple but well-rounded beer menu consisting of four draft lines. One Montauk draft (typically Wave Chaser IPA) at all times and then rotating craft,” he says. “The wine list is solid. Montauk restaurants are seafood-centric, so a mix of beer and wine will certainly to pair well with that.” Be sure to order the seafood bruschetta as an appetizer, Cutillo adds.

Nightcap: From the outside, Shagwong Tavern advertises exactly what you get on the inside: a classic, 1936-era wood-paneled tavern. “Shagwong is a classic bar that you have to go to if you come to Montauk,” says Cutillo. A long, old bar anchors the unassuming room, and with a menu that offers a little something for everyone in the way of beer, wine and spirits, it’s a welcoming place for a nightcap. “They serve a lot of light pilsners and shots, but they also have a great draft lineup of local and national craft beers,” Cutillo says.

Last call: When the last stop of the night calls for Montauk’s best dive bar, look no further than Liar’s Saloon. Named after the tall tales fishermen tell about their daily catches, the old-school bar is a living lesson in Montauk history. Between $1 draft beers and weekly karaoke nights (17 years and going strong), it’s also where the locals congregate for late-night fun. “The place is more of a fisherman bar with a ton of character and grit,” says Cutillo. “The mudslide [drizzled with Hershey’s syrup] is a must. And always tip your bartender.”