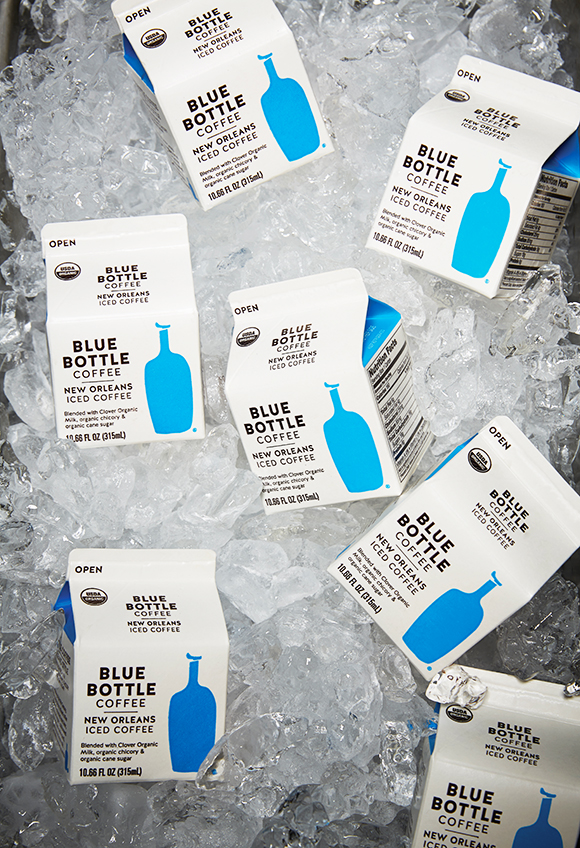 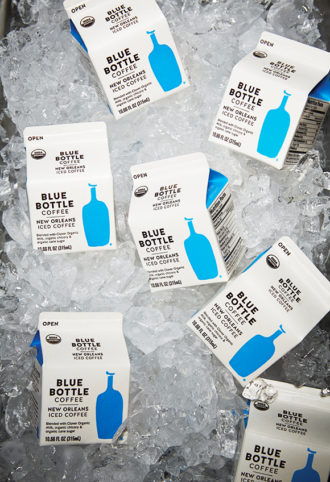 Cold-brew coffee is a summer staple, and these days, you don’t even have to bust out a brewer to get a taste of the good stuff. With so many coffee producers making great pre-packaged versions, Liz Clayton explores the growing trend in the July/August 2015 issue. Here we share 13 of our favorites so you can get that cold coffee fix all summer long.

Blue Bottle
Bicoastal Blue Bottle is beloved for its chicory-infused New Orleans–style iced coffee, packaged in its signature tiny milk carton, and they also serve various forms of cold brew in their cafés in the U.S. and Japan, from single-origin cold brew prepared in a Filtron and served black, to the slow-drip Oji cold brew.

Barefoot
This easy-drinking bottled coffee from California-based Barefoot Coffee Roasters is Toddy-brewed with beans from Guatemala. Expect bursts of chocolate and sweet citrus notes. It’s available in growlers and 12-oz. bottles and for sale online.

Coffer
Coffer’s bottled cold brew is a different sort of fizzy coffee, because they use natural carbonation, similar to kombucha or bottle-conditioned beer. Don’t confuse this with a coffee soda, though—the process lends more of a gentle fizz and silky mouthfeel, softer than your average forced carbonation. Currently only distributed in Austin, Texas.

Cuvée
Austin-based Cuvée took a note from the canned craft beer trend when deciding how to package their signature Black & Blue. Each can of cold brew is poured on Nitro and canned at the tap, meaning the thick, creamy liquid is fresh as can be whether you buy one in Texas or beyond—the company plans to expand distribution to both coasts by the end of 2015.

Gorilla
Cold-steeped for 24 hours, coffee from Rwanda offers a tangy zip—think cranberries, raspberries and cherries—while beans from Brazil add a smooth splash of vanilla and cocoa with some nuttiness on the finish. Bonus? It’s packed in shelf-stable, resealable tetra cartons, making it perfect for camping trips and picnics.

Grady’s
This cold-brew concentrate comes from Brooklyn and gets a hit of chicory in a nod to New Orleans-style coffee. Bottles purchased online are available for NYC zip codes only, but they’re also sold at Whole Foods locations around the country. You can also purchase bean bags on their website, and in stores like Urban Outfitters, West Elm and more.

La Colombe
Philadelphia-based La Colombe cold-soaks a mix of beans from South and Central America in temperature-controlled, stainless-steel tanks for 16 hours before pressing, filtering and bottling. Look for full flavors of chocolate and dried fruit with earthy tannins and some lemon zest on the finish in the classic Pure Black. Recommended over ice.

Secret Squirrel
This SoCal cold brew is richly concentrated, so you can dilute it to suit your own tastes or mix it full-strength in coffee cocktails. Either way, expect notes of cinnamon, dark cocoa and molasses. Sold as either a concentrate or ready-to-drink; the bottles are available in a dozen states and online.

Slingshot
This cold-brew from North Carolina-based Slingshot Coffee calls on in-season Counter Culture beans and filtered tap water. Brewed in small batches, Slingshot’s bottled summer Ethiopian brew is a good bet if you like your coffee light and bright. All Slingshot options are available either as concentrate or ready-to-drink, and is distributed in 14 states (East Coast/South) and in Washington, D.C.

Stumptown
Stumptown was ahead of the curve when they released the stylish 10.5-ounce cold-brew stubbies back in 2011. Made from the roastery’s house blend, Stumptown’s big-bodied brew offers a spectrum of tasting notes ranging from milk chocolate to Meyer lemon. It’s strong and assertive right out of the bottle, so some may prefer it poured over ice for a little dilution.  By the end of 2013, Stumptown introduced cartons of cold brew mixed with milk and sugar; a cocoa-enhanced cold brew soon followed, along with a seasonal Winter Cheer cold brew flavored with mulling spices. The same year, they started to pour silky Nitro Cold Brew on tap at the Portland café. Nitro cans were released earlier this spring.

Wanderlust
Using fresh-roasted Ethiopian Yirgacheffe from Atlanta’s Octane Coffee, Wanderlust’s cold brew is steeped for 18 hours. Strawberry and melon, orange blossom and black tea dominate the flavor profile of the coffee itself, while the brewing process adds hints of chocolate and sugar. The cold brew is sold in 10-ounce ready-to-drink bottles and 16-ounce concentrate bottles in stores and on nitro tap in bars, cafés and farmers markets.