Why Breweries Are Betting on Solar Power 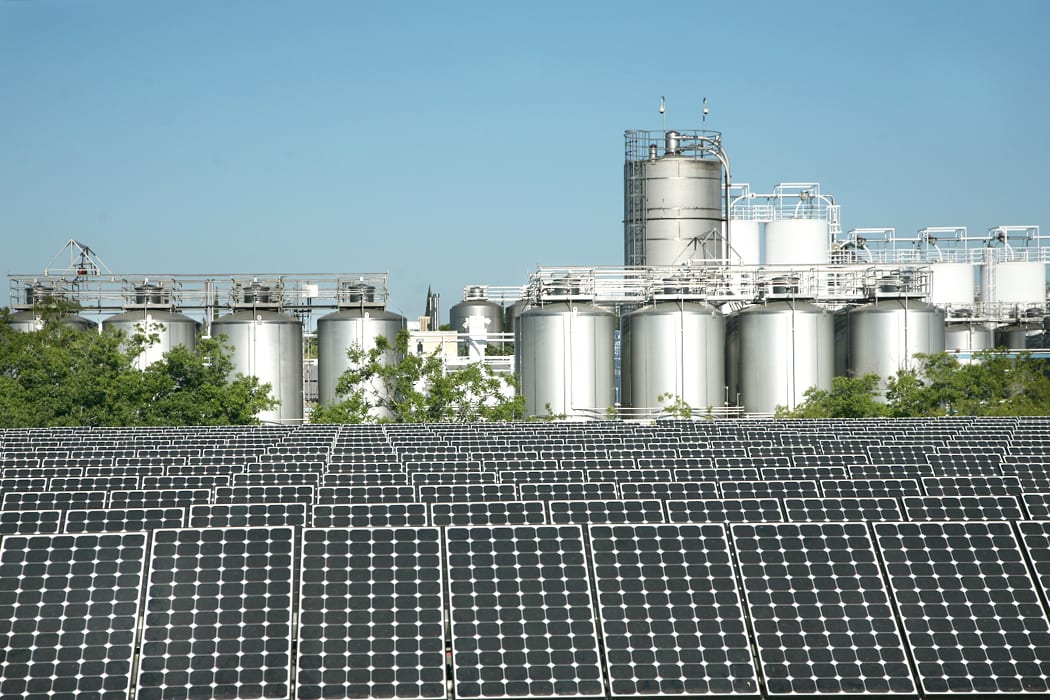 The process of making beer demands a lot from the environment, from the sourcing of ingredients like grains, hops and water, to the use of electricity, gas and other resources needed to power operations. With this in mind, many brewers are becoming more thoughtful about how and where they source ingredients, and some are also turning to a larger power source to help offset energy demands: the sun. According to Solar United Neighbors, a nonprofit that represents solar owners and supporters nationwide, there are now over 140 breweries using solar power in the U.S. today.

The move toward renewable energy spans the beer world, with smaller independent brewpubs like Arizona Wilderness Brewing Co. in Gilbert, Arizona, and micro-breweries like Maine Beer Company in Freeport, Maine, jumping on board alongside larger companies, such as Sierra Nevada, New Belgium, Victory, Great Lakes and Ninkasi. In 2017, Anheuser-Busch announced a shift towards 100% solar and wind energy for its (now 12) craft subsidiaries by 2020 as part of the Elevate initiative. “We identified early on that the craft partners are invested in sustainability. For example, Goose Island composts, so does Elysian, and everybody diverts their spent grains to farmers. … We wanted to figure out how we could add even more value to that—solar panels was the number one thing that everybody wanted,” says Megan Lagesse, head of communications for Brewers Collective, the craft business unit of Anheuser-Busch.

When breweries switch to solar they reduce the need for fossil fuels and the emission of harmful gases into the atmosphere, so it’s perhaps obvious that the motivation for most breweries lies in bettering the environment. “Embedded deep in our DNA is a profound sense of responsibility for protecting the environment and promoting sustainable business practices, so we’re always looking for new ways to reduce our environmental impact,” says Boulevard Brewing engineering director Tim Hall. In 2011, Boulevard set up its first 18 kW photovoltaic array on the roof of one of their brewhouses, followed by a much larger array on top of the 4,000-square-foot canning hall that generates 200 kW of energy. The system generates about a quarter of the energy the brewery uses to make beer every year and allows for an unexpected perk: free electric car charging for employees and guests. “It’s a clean, renewable energy source that doesn’t require dinosaurs, so we’ll continue to install solar arrays as time and capital allows,” Hall adds.

The ultimate goal for Boulevard is to continue to reduce dependence on the electric grid, but the brewery also installed the system to save money in the long run, Hall says—a motivation echoed by other breweries pursuing solar. “Sierra Nevada has always operated with a philosophy of sustainability in mind, so it was a fairly natural decision to invest in solar back in 2007. And while we advocate for clean, renewable energy from a sustainability and climate change perspective, we also recognize that it makes good financial sense,” says sustainability manager Mandi McKay. Sierra Nevada generates 2½ MW solar between its breweries—about 2 MW in Chico, California and 600 kW in Mills River, North Carolina—providing about 20% of their electricity needs at the former and 7% at the latter. Every percent point is a dollar saved. “We have two additional areas where we’re considering installing solar. … In both projects, we will see a pretty quick ROI,” McKay says.

Solar became part of the plan at Maui Brewing in part because founder Garrett Marrero was facing some of the highest electricity costs in the country. He began installing solar in 2015, and the brewery is on track to become 100% independent of the local power grid by the end of this year. For Marrero, the cost savings isn’t just a way to save money every month (mostly because the energy savings you have in the first years of using solar will go towards paying for the investment in solar itself). Instead, he looks at the long-term benefits. “If we built our system correctly we will be able to accurately predict our energy costs in perpetuity for our company, and that ability gives you a competitive advantage you might not otherwise have,” he says. “We’re not going to be exposed to fuel surcharges on energy because we’ll be producing our own and will control that system. You won’t have a power outage at a critical time, either—when you have sensitive electronics like canning lines and automated controls, that’s big! It’s helping us build a foundation for our company that is unshakeable.”

A Drop in the Bucket

Solar power does require a lot of time, money, patience and the ability to navigate varying regulations and tax incentives to implement plans of any size. For example, the Elevate initiative has moved at a somewhat slower pace than planned, because “it takes a long time to design solar panels specific to each brewery, and every state has very different laws when it comes to what you can and cannot do with solar panels,” says Lagesse. “We want to make sure we’re doing the right style and design for each partner, because the amount of sun you might get in Seattle is very different than L.A. or Houston, so we’re working with each brewery and designers individually to make sure what we’re creating works for them.” Elevate’s solar commitment will be paired with an additional renewable electricity plan to achieve 100% independence by 2020.

The need for secondary sources of energy is a story echoed throughout the industry, because most breweries with solar arrays are generating only a fraction of overall energy needs. In 2014, Boulevard installed a sun shading system—large perforated, corrugated aluminum panels on the exterior glass walls of the brewing areas—to reduce the need for interior cooling. In Portland, Maine, Allagash Brewing installed a solar system in 2016, with 114 panels that generate around 118 MW of energy. “We’re a pretty big craft brewery, so the total wattage from our array honestly covers a small part of our electricity needs, but it’s part of a larger picture,”  says facilities manager Luke Truman. “As we expand and find more space, we’d love to add more panels. In the meantime, we’ll continue to reduce our footprint in other ways. We purchase wind Renewable Energy Credits to offset nearly 90% of our electrical needs.”

Total energy independence might be out of reach for many, but at Karbach, one of the craft partners included in the Elevate initiative, progress has happened rather quickly. Brand manager David Graham says installations began last fall, and they’re just about to go live with a system that will generate 100% of their energy needs: a whopping 10,300 kWh per day, or approximately 3,759,500 kWh per year. Their success in implementing such a comprehensive system was due in part to the partnership with Anheuser-Busch. “One of the benefits of being involved in this company is the ability to find experts in any field and get their advice quickly to make meaningful change,” says Graham. “If we can be a leader in the craft beer space by implementing this system, that’s a real win for us.”

And back in Hawaii, Marrero has pieced a comprehensive system together using solar, plus bio-diesel generators and battery storage to push the brewery towards 100% off-the-grid status. “Most breweries are putting a measure of solar, or it’s an offset of 50% of their needs or whatever, but to go to the level that we’re going to run—grid independent but in island mode, where we will basically be our own grid—that hasn’t been done in a brewery before, and not in a brewery that’s growing at our pace,” Marrero says. “We’re creating a smart micro-grid instead of just putting rooftop solar up.”

Their ambitions may seem bold to some, but Marrero believes breweries of any size can start down a path of energy conservation. The key is to start small. “We couldn’t do what we’re doing now when we first started, but what I did was look at where we were wasting energy and figured out what little money I could put into solving that first,” he says. “Efficiency needs to be the first investment, and then when you’re lean and mean you can put on things like solar that’ll generate energy. The first R in the three Rs is reduce, right? Reduce, reuse, recycle—that applies to energy as well.” 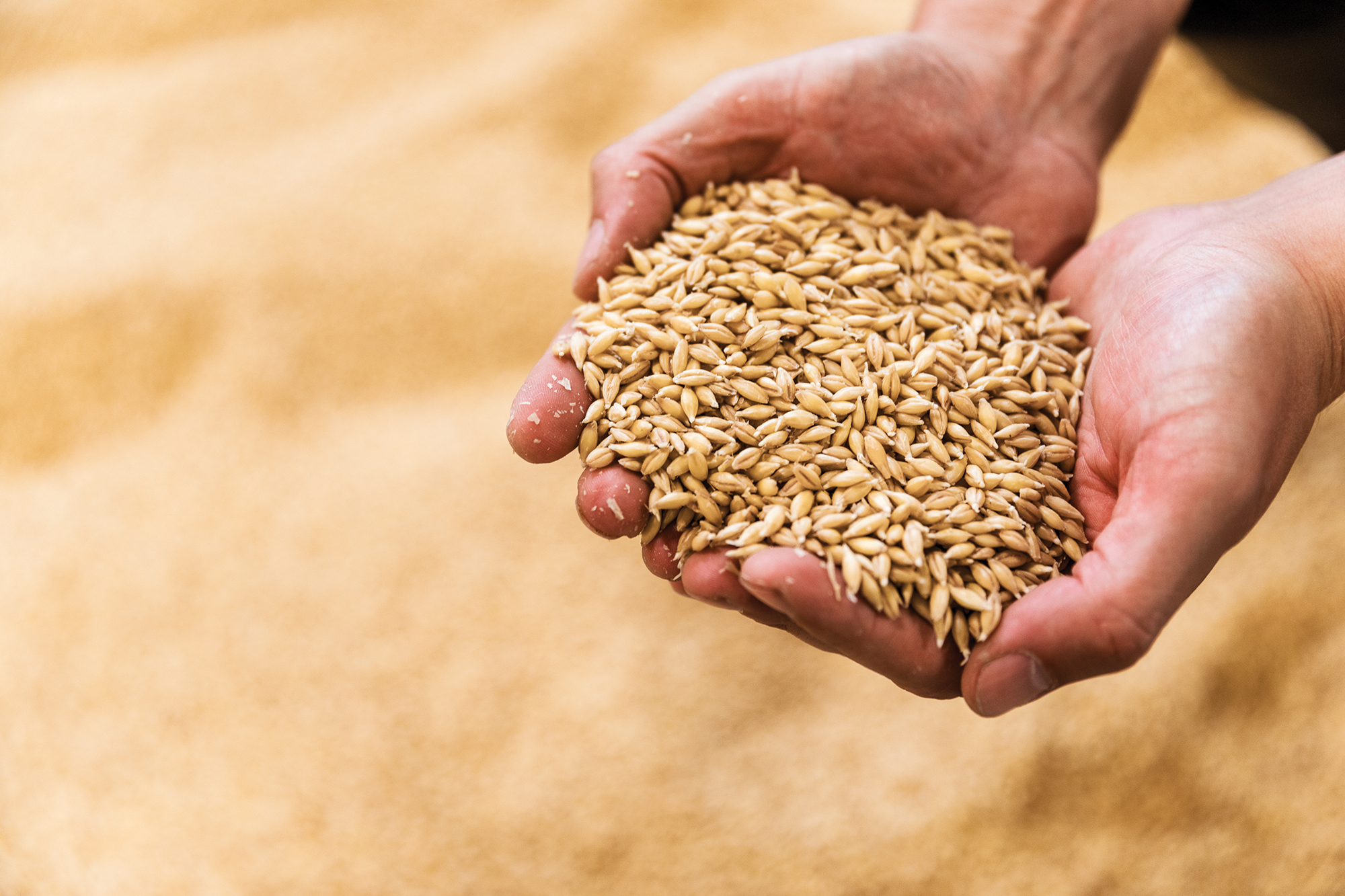