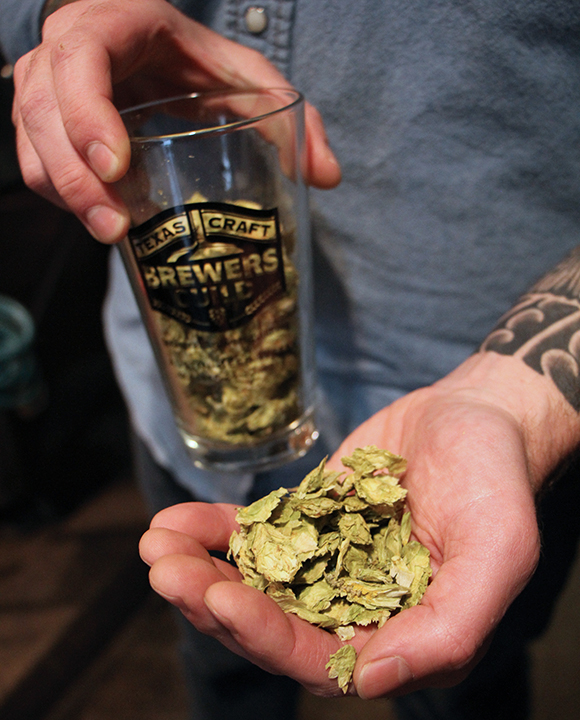 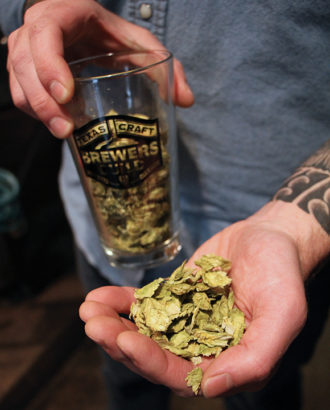 To create balanced beers, most brewers use a blend of hops, each one lending a unique layer of flavor. But increasingly, brewers are looking toward single-hop beers as a way to highlight the character of specific hops. Brooklyn Brewery, Bell’s Brewery and Sierra Nevada have long experimented with single-hop beers, featuring the virtues of breeds like Citra, Simcoe, Cascade, and Centennial in single-hop IPAs and Pale Ales. At Green Flash Brewing Company, the Citra Session IPA was the first beer released in the single-hop series back in 2014. “Some hops are used for buttering and some for aromatics, so it’s fun to use the single hop to isolate that flavor and aromatic combination,” says Green Flash CEO and co-founder Mike Hinkley.

“There are pros and cons to doing single hop stuff,” adds Sierra Nevada’s Ken Grossman. “Quite often, single-hop beers have one characteristic that stands out, whereas one advantage of blending a few varieties together is that they complement each other, so you can get a little more depth of character from the hop.”

Sierra Nevada have been experimenting with single-hops for the past decade or so, many of which aren’t even named yet, or were experimental batches like the Neo Mexicanus series, featuring a batch of wild hops from the foothills in Arizona. Grossman is quick to point out that with these experiments, it’s not just the hop that matters. “It’s also about how you use the hop,” he says. “We use a lot of whole cones, so the natural flower of the hop hasn’t been processed, just dried. If you put some in the beginning of the kettle boil and some in the middle and then also the end, and add them to the aging tanks or use the same variety 4-5 different ways, it’ll have different characteristics. It’s how that variety is featured in the brewing process.”

Here are a five single-hop beers to try:

Bell’s Brewery | Two Hearted Ale
Kalamazoo, MI, 7.0% ABV
Pacific Northwest Centennial hops add a resinous flavor and citrusy aroma to this exceptional Michigan brew. First released as a seasonal in 1997, it quickly became a classic in the Midwest and was added to the brewery’s year-round lineup in 2003. It’s one of the most well-rounded single-hop brews you’ll find.

Brooklyn Brewery | Sorachi Ace
Brooklyn, NYC, 7.6% ABV
This unfiltered farmhouse Saison is spiked solely with Sorachi Ace hops grown in Washington, a breed of hop originally created in the 1970s in Japan and praised for its flavors of lemongrass, lemon peel and dill. Initially released in 2009 as a limited-edition bottling in the Brewmaster’s Reserve series, it’s now available year-round.