Q&A with Aaron Ayscough of Not Drinking Poison in Paris 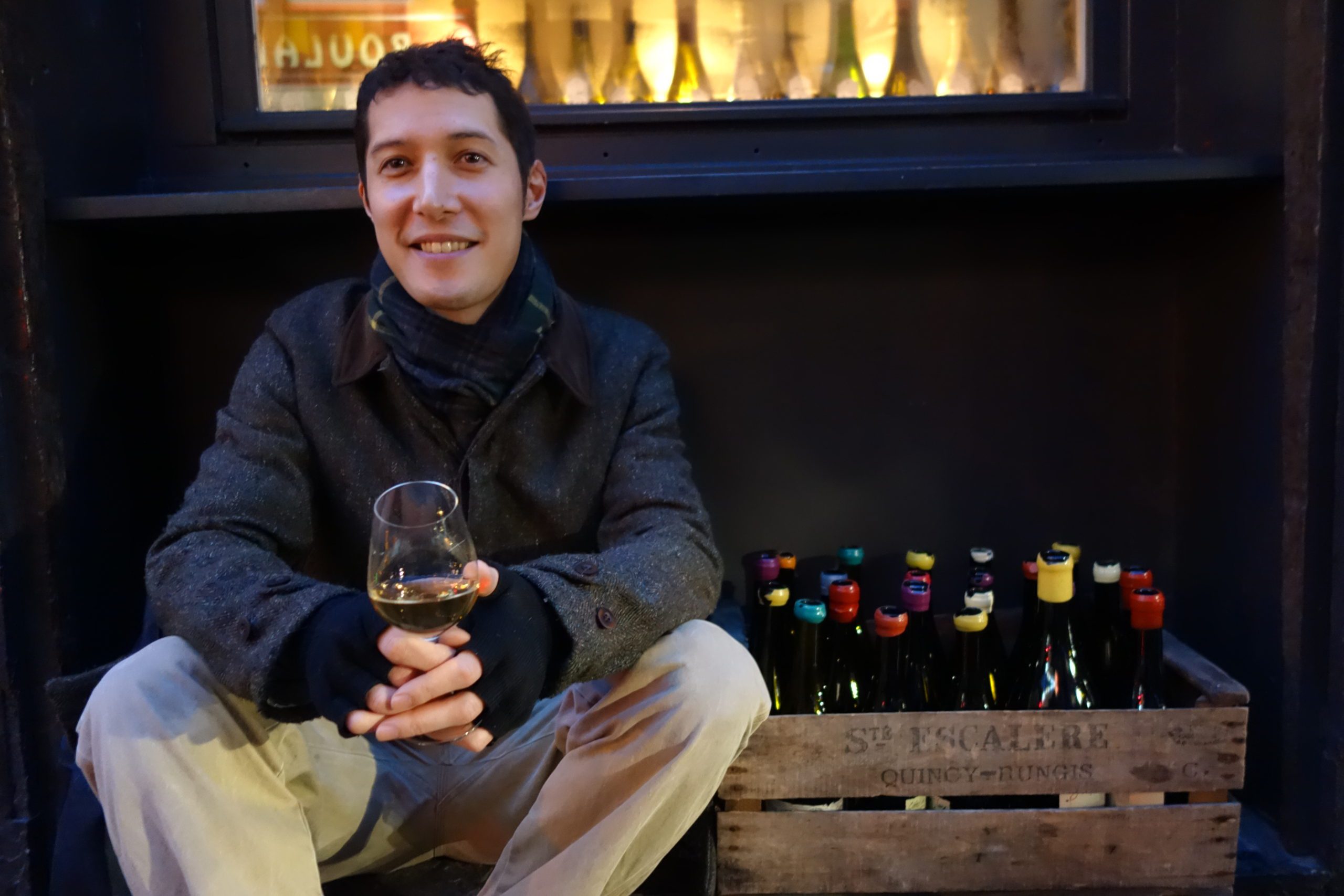 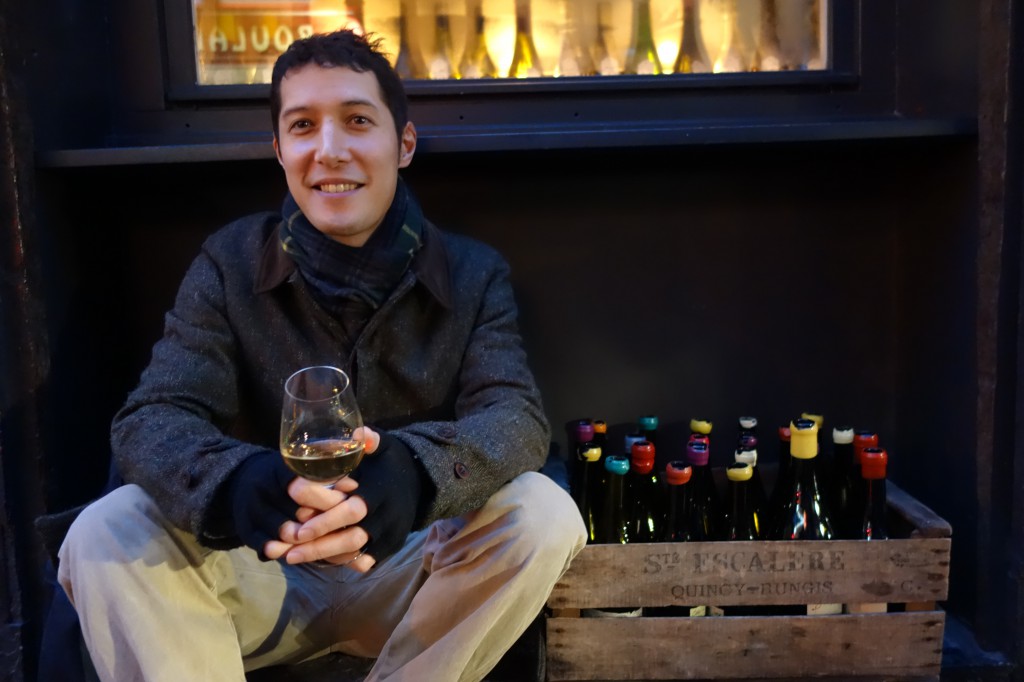 By day he works in the fashion biz, but ex-sommelier Aaron Ayscough still stays immersed in the wine world as the keeper of Not Drinking Poison in Paris, a no-holds-barred guide to drinking wine in the French capital. Here the SoCal transplant talks about his move to Paris, his view of the local drinking culture, and where you’ll find him unwinding after a long day in the city.

Imbibe: How you wind up in Paris?
Aaron Ayscough: I moved to Paris from LA in spring of 2009. I have dual US/UK citizenship, thanks to my British stepfather, so getting a visa wasn’t an issue. I’d been working in LA as wine director and sommelier for Pizzeria Mozza and Osteria Mozza, respectively. Before deciding to move to Paris I tried floating a bicoastal wine consultancy business, which I essentially improvised as a means to keep dating a girl in New York. Neither the business nor the relationship lasted very long. Meanwhile, like anyone working in Italian wine, I was fascinated by French wine. I also maintained a longstanding love for Proust, despite speaking no French whatsoever at the time. I felt I could learn a lot from moving to Paris.

Imbibe: So many travelers have a romantic ideal of Paris as a place where it’s impossible to have a bad eating or drinking experience, but—at least as far as drinks are concerned—you’ve found that it’s quite the opposite, right?
AA: Anglophones generally experience Paris in the context of vacation. People on vacation have a big incentive to enjoy themselves, no matter what place they find themselves dining in, because they have to tell their friends about it afterwards. People on vacation often even genuinely savor bad meals and rotgut wine, because the fleeting nature of the cultural encounter has heightened their perceptions. The same phenomena applies to me when I travel to unfamiliar places. Like Spain. I can enjoy absolute trash in Spain. Then again, some nations are better at absolute trash than others. France has no conception of “street food,” for instance. For a French person, “street food” is uncomfortable and vaguely exciting, like “car sex.” Most people try it once. Then you have places like Andalusia, where one encounters almost nothing but street food, and where the cheapest Manzanilla is perfectly lovely. I started the blog because I still had a lot to say about wine and restaurants. My colleagues at the fashion company where I began working would praise terrible places. So would major food writers. At some point it occurred to me that it was because neither group, not my colleagues at the fashion company nor the major food writers, knew diddly about wine. And wine programs are incredibly revealing of restaurants’ individual characters.

Imbibe: It seems there’s a shift happening in Paris’s drinking culture, and you’ve been there to observe and document it. What do you think sparked that shift and where do you think the city’s drinks culture is headed in the next few years?
AA: There’s a lot to disentangle here. It’s true that Parisians are increasingly open to natural wine, serious cocktails, craft beer, single origin coffee, etc. But each of these scenes has its own little Genesis tale in Paris. If I had to speculate on an overarching reason for Parisians’ still-nascent embrace of good beverages, I’d say it’s probably symptomatic of the culture’s belated arrival at post-industrial disenchantment. In the U.S. a lot of people know not to trust the larger agricultural supply chain, because it has long been synonymous with industrial excess. In France, with it’s vast, pre-industrial agricultural heritage, people were slower to be abused, and are proportionately slower to be disabused vis a vis the conventional wisdom surrounding things like wine, coffee, cocktails, etc. Although, to be fair, France is way ahead of the curve when it comes to the subject of natural wine.

Imbibe: You’ve got a long day ahead of you—where do you go for a really good cup of coffee?
AA: Ha! You can’t get good coffee before a long day here. The few serious cafés that do exist don’t open early enough. So I make coffee at home. I tend to buy coffee from my friends Anselme Blayney, David Flynn, and Thomas Lehoux at Belleville Brulerie, or from my friend Tom Clark at Coutume.

Imbibe: You survived the long day! Where and what are you drinking tonight?
AA: At the end of a long day, I typically crave a beer. (Usually the excellent Mission Pale Ale by my friends at Deck & Donahue in Montreuil.) But for satisfying wine on any given day I happily default to Chablis by Alice & Olivier de Moor, or cru Beaujolais from Georges Descombes or Guy Breton or Isabelle & Bruno Perraud or a whole host of others. If I want to sit at a table I’ll go to Autour d’Un Verre or Au Passage; if I want to sit at a bar I’ll be at Siffleur de Ballons, Repaire de Cartouche, or Septime Cave.