A Look Back on Eight Years Of Pig & Punch

For those who’ve been to Tales of the Cocktail, the scene rings familiar: every Sunday as storm clouds inevitably roll through the New Orleans sky, Washington Square Park fills with hungry bartenders and cocktail enthusiasts eager to gather for cups of punch and plates of roasted pork. Conversation and camaraderie ring as vibrant and soulful as the brass band that often pipes throughout the park as the event stretches through the afternoon.

Pig & Punch has capped off Tales for the past eight years with its signature blend of laid-back fun, but for attendees and locals, the event has come to represent much more than an afternoon of food and drink. The Bon Vivants founder Josh Harris attended his first Tales in 2009, and as a young bartender enamored with the festival, he knew he wanted to be involved in some capacity. “I thought about Tales as a place to do some kind of event that would be in line with what our values were as a company, both from a giving point of view but also stylistically,” he says.

Tapping into the punch trend (which was spreading to cocktail bars around the country) helped create something that would stand out from other events that punctuate a week at Tales. “Let’s have it be more about cocktails and drinking as a conduit to community, and have it be a little more relaxed,” he thought.

But Harris wanted to do more than throw a party, so a conversation about how to incorporate volunteer work began. “Our thinking was that we go to Tales and we do a lot of taking from a town that’s really generous and that we all love, and it would be really cool if we were able to give back in some way.” In 2010, the Bon Vivants reached out to an organization called Hands on New Orleans, which set up a trial run with KIPP New Orleans, a nonprofit network of college prep and charter schools. “We didn’t know what we were going to be doing, but we got a group of 11 people together—some close friends and a couple of other bartenders we had become friends with—and they took us to Frederick Douglass High School, which is now a KIPP High School,” Harris says. The team painted, moved heavy items and helped with other organizational tasks. “After we volunteered, we learned that KIPP was a large and respected organization in New Orleans, and that we liked their values and mission statement.” The relationship became a long-lasting one, and a subsequent idea to donate the proceeds from P&P shirts and swag sold at the Sunday punch party seemed like an logical way to expand the giving. “The first year we raised $1,610, and we were so pumped about it.”

Fast forward to today. Volunteer numbers have grown to between 100-200 in New Orleans, and The Bon Vivants have since expanded the event beyond the Crescent City with one-off volunteer days happening in conjunction with cocktail festivals and events in Portland, New York, Austin, San Francisco, San Antonio and Miami. Volunteers have dedicated 9,371 hours of labor, and a total of $366,350 has been donated to various organizations from the event series as a whole.

Kristen Chawla, Director of Engagement and Events with KIPP, says these contributions to the maintenance and upkeep of various school sites in New Orleans alone has been invaluable. “Post-Katrina was a hot time for volunteer groups to come to New Orleans, but over the years, those resources have started to trickle out,” she says. “We’re seeing less money coming into the city from donors and organizations because everyone is focusing on other cities that have had trauma and crisis. And yet the Bon Vivants commit to coming back every year.”

“Our thinking was that we go to Tales and we do a lot of taking from a town that’s really generous and that we all love, and it would be really cool if we were able to give back in some way.”

In 2018, the Bon Vivants and its network of volunteers might be the only group to visit the school, when KIPP normally sees 8-12 volunteer groups in a calendar year. The volunteer day helps with much-needed work at each campus. “One year we took over a school where another school had previously been, and it was really a mess with leftover furniture and boxes of books and equipment. They hauled all of that out and filled an entire dumpster in like two hours,” Chawla recalls. “There are things like that where they’re just unbelievable. They never say no, there’s never a job too dirty or heavy for them, and they do it with smiles and appreciation.”

Equally as important, the annual donation from Pig & Punch means having the resources and funding for KIPP to do things like cover a teacher’s resident salary for a year or fund professional staff development days for more than 600 team members. “The greatest gift in a single year was $36,948, and the total amount given to KIPP New Orleans Schools is just over $164,000,” Chawla says. “They’re truly some of the most genuine people to come to New Orleans, because they are clearly committed to giving back to a community. It’s really a very, very special day for us.”

When Tales of the Cocktail ownership changed earlier this year, the question of continued involvement was raised. “It was a logical time to think about whether we’d continue to do Pig & Punch,” Harris says. He reached out to Neal Bodenheimer, one of the new owners and someone Harris calls a “kindred spirit,” to discuss how to move forward. “We had a long conversation about how it was important to us to feel connected to Tales and for us to be supported by Tales. Not that we had gripes from our previous relationship, but we saw it as an opportunity to evolve with what the partnership looked like.”

For Bodenheimer, Pig & Punch was an essential part of Tales. “Bartenders are wired to take care of others, and it’s inspiring to go out and have a good time but also do something good,” he says. ” The Bon Vivants have always done a really great job of doing good and creating community and pushing us all to be better people, better bartenders. Pig & Punch represents the best of our business.”

This summer, P&P volunteers will return to KIPP to help paint three floors of hallways and classrooms, and a few new changes will influence the Sunday punch party as well. One thing Tales management helped assist with is the location. Instead of returning to Washington Square Park, tents will set up at Crescent City Park near the French Market. “It’s a massive covered area, like the size of a football field, and when that terminates it’s a park, so if its going to rain we can just slide it under the covered area,” Harris says. “They do a lot of farmers markets there so there are bathrooms, and it’s right on the water so paddle boats are going by. It’ll be really cool. We’re excited about that move.”

Tales also helped connect The Bon Vivants with the Link Stryjewski Group for this year’s all-star lineup of chefs. Brian Burns of Peche, Billy Jones of Cochon, David Rouse of Herbsaint and Bret Macris of Butcher will join Chef Marcus from Marjie’s Grill to bring their takes on pig roast to the party. The music programming will be significantly larger this year with longtime Pig & Punch supporters DBA partnering to present the musical lineup. And while there’s always a solid group of sponsors that help bring the event to fruition every year, this year The Edrington Group has also agreed to match donations to KIPP. “They’re doing so independently of any sponsorship and brands,” Harris says. “It’s in line with their mission of giving, and they want to support in a bigger way. Finding ways to give KIPP even more is really exciting for us.” 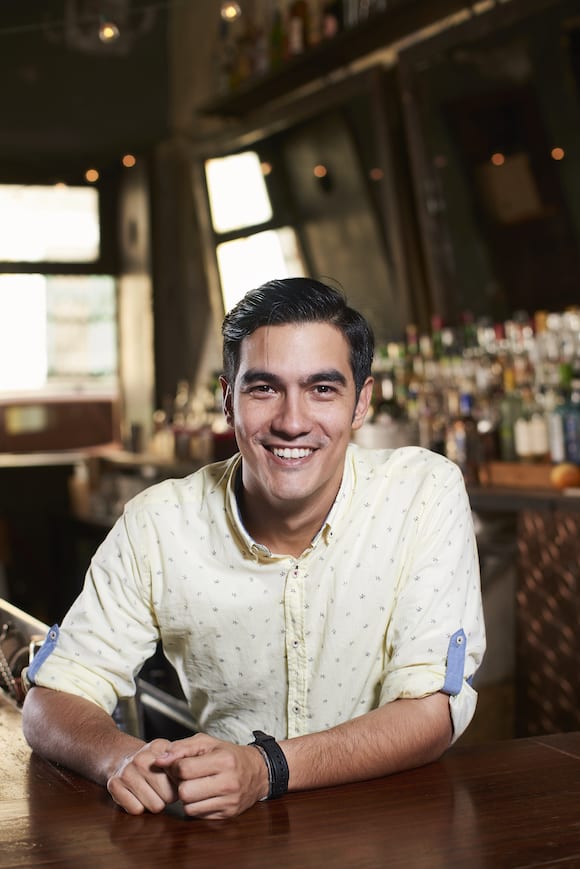