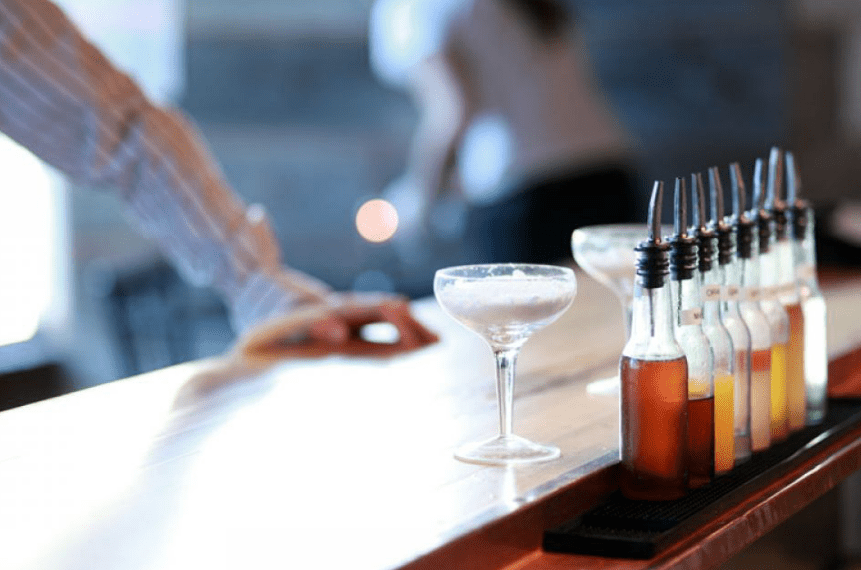 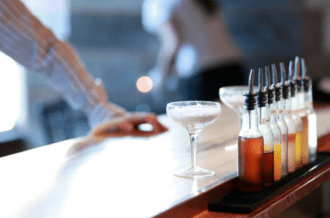 In our September/October 2013 issue, we traveled to Music City, U.S.A., where the drinks scene is shining brighter by the day. From coffee to beer to cocktails, Nashville has plenty of options to keep adventurous imbibers happy. Heading down for a taste? Following are five stops you’ll want to make while you’re there, and for more on the city’s drinks scene, check out the September/October 2013 issue.

Coffee Soda at Crema
Cold coffee takes on a whole new meaning at Crema, where head barista Nathanael Mehrens masterminded an über-refreshing coffee soda. Brewing seasonal, house-roasted beans via Chemex, then sweetening the coffee with a demerara-citric acid syrup, charging it all with CO2 and garnishing each glass with orange, Crema’s coffee soda offers a cool option among the city’s growing coffee scene. 15 Hermitage Ave., crema-coffee.com

A Frosty Pint at Yazoo Brewing
Downtown Nashville’s first craft brewery, Yazoo opened to a crowd of thirsty locals in 2003, and in the decade since, it has made a name for itself with beers like the hop-forward Pale, Mexican-styled Dos Perros and smoked imperial porter known as Sue. Pop by the taproom when it’s open to the public (Wednesday-Sunday) and sign up for a tour—you’ll be handsomely rewarded with frosty pints of house brews along the way. 910 Division St., yazoobrew.com

Not-Going-to-Make-This-at-Home Cocktails from Holland House (pictured)
Unless you stock ingredients like “chai-treated vermouth,” “cinnamon-sultana cordial” and housemade chocolate bitters in your home bar, chances are good that you’ve yet to taste anything quite like the creative concoctions at East Nashville’s Holland House. Their menu changes seasonally, but a recent visit introduced us to the Manhattan-esque Hudson & Co. with rye whiskey, “antique bitters,” Carpano Antica and a homemade coffee cordial, as well as the Beatnik cocktail with rye, Madeira and homemade coffee-pecan bitters. 935 W. Eastland Ave., hollandhousebarandrefuge.com

Drinks Pairing at The Catbird Seat
Dinner and drinks have never made a more harmonious match than at this 32-seat restaurant perched above The Patterson House on Division Street. That’s because for every dish on the ever-changing eight- to 10-course tasting menu, beverage director Adam Binder meticulously plans the perfect drink pairing, whether it be a glass of small-production wine, local beer or a cocktail mixed with homemade infusions and tinctures—think Aperol-spiked peach punch paired with oysters or Riesling-infused sweet tea paired with pigeon—the list goes on. Reservations are a must, and they book out in advance, so plan ahead. Just be sure to save time (and room) for a nightcap downstairs at The Patterson House. 1711 Division St., thecatbirdseatrestaurant.com

Classic Cocktails at The Patterson House
Opened in 2009, The Patterson House helped kick Nashville’s cocktail scene into high gear. Snag a seat under the pressed tin ceiling at the big open bar and settle in for one of more than two-dozen classic cocktails, ranging from popular favorites (like a Mojito with 4-year Flor de Caña rum, a Bulleit rye-fueled Old Fashioned or dry Curaçao-infused Margarita) to lesser-known—but equally delicious—discoveries (like the homemade ginger syrup-sweetened Presbyterian or the crème de cacao-laced 20th Century). 1711 Division St., thepattersonnashville.com