Mark Dredge on Traveling for Beer 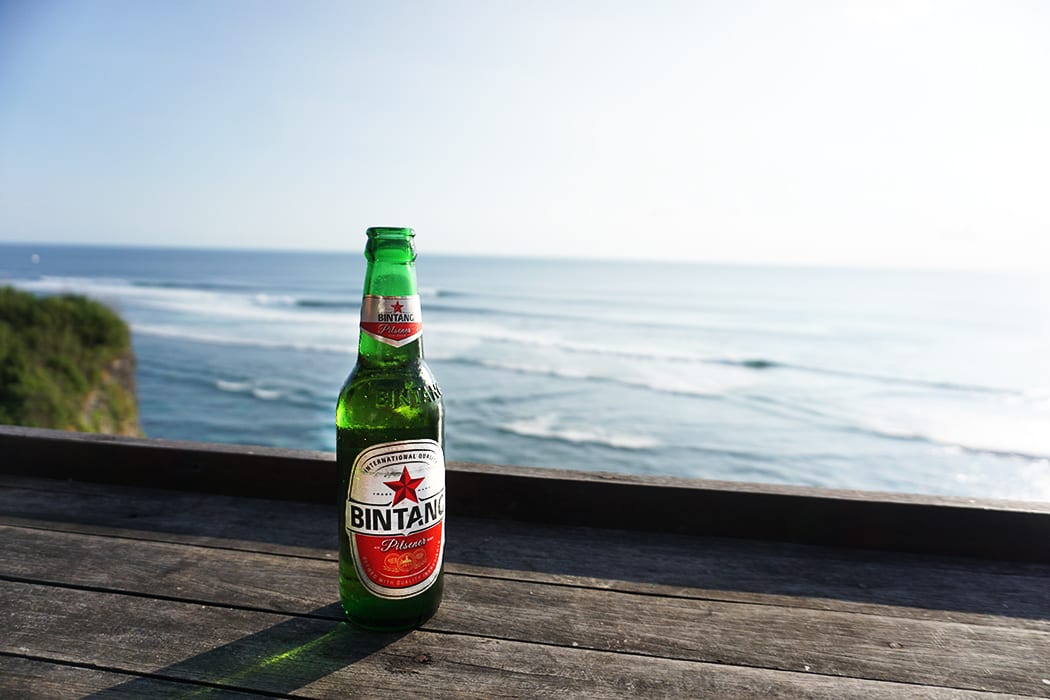 In our March/April 2019 Travel Issue, contributing editor Joshua Bernstein profiles people who travel the world in search of beer. People like Mark Dredge, author of The Beer Bucket List: Over 150 Essential Beer Experiences From Around the World, who’s been spanning the globe for the last several years looking for great brews along the way. “I tend to travel somewhere most months and sometimes it’s a couple of times a month,” he says. “Sometimes the travel is for work, sometimes just for fun, but it’s always to drink and discover great beer and great beer culture and to eat the local food.” But traveling to a beer destination is only part of the adventure—bringing your discoveries back home is another part f the journey. Knowing that the logistics of traveling with beer can be tricky, we tapped Dredge for tips on finding the best beers in unfamiliar cities and getting them back home safely.

Imbibe: How do to prepare for a trip when your main objective is to find good beer?
Mark Dredge: I search a lot of stuff online, read a lot of ‘best of’ lists, read reviews, look at pictures of places, and I’ll always try to speak to some locals to get their tips, which are usually more useful than a listicle. I then put everything on a Google map, so it’ll be covered in different pins for different things—some for beer, for food, for tourism, then points of reference like train stations or my hotel. I’ll also try and check opening times and any relevant information like that—you don’t want to travel halfway across a city to find somewhere is closed that day. I’m definitely a planner when it comes to travel, and I’ll usually even have some kind of itinerary with timings on it, especially if I’m there for specific research. I also use list sites and rating sites, often RateBeer for place ratings, but I never take them as straight best-of lists because most of the time they’re self-fulfilling: a bar is highly rated so more people go and that bumps up the ratings further, plus these lists are often old or just copied from one original piece, so they’re not always useful. Always speak to a local, which is easy now given social media and how easily and instantly connected we all are. I will use Untappd as a gauge of the breweries people think most highly of in a new place, and I’ll definitely try to drink some of those beers because it works out as a kind of barometer for me to see how accurate those rating sites are.

Do you have a gear checklist?
My usual travel essentials are quite simple: refillable water bottle, notebook and pencils, a camera, some good trainers and some vitamins to help me out when I drink too much. I’m a professional drinker, so I always have a bottle opener somewhere on me and I usually remember to stuff some bubble wrap in my bag, especially if I know that I want to buy some beers to bring home.

What do you do first when you hit the ground in a new beer destination?
Most often I want to go to breweries—I love to visit breweries to drink the beer fresh, so that’s always my priority when I go somewhere new. For that I’ll generally search for breweries in a city and then I’ll look at each of them and work out which ones I’d most like to go to, although I’m a bit of a completist so if a city has 10 breweries then I’ll want to go to all 10! I also love to drink the mainstream beers in standard or dive bars when I’m there—I think that’s important. It’s easy to just go to breweries or craft beer bars but in there’s a similarity to all of them and you pretty much know what to expect. I want to see what the locals drink, where and how they drink it, and what they eat when they drink. That’s a proper local experience.

When buying beer on the road to add to your home collection, do you tend to get bottles or cans?
Cans are always easier to travel with, being lighter and less likely to smash, but it all depends on what the beer is and whether it’s even available in a can. I tend to just buy the beers that I want to take home regardless of whether it’s cans or bottles.

Do you take beer styles into consideration when figuring out what to bring home, or does that matter?
I take home the beers that I most want to drink again or share with friends. It’s rare that I’ll bring home more than six or so beers, so I try and be selective. The reality is that I’d rather drink a beer locally and have a great memory of it rather than drinking it at home. The most interesting things happen while you’re there and not when you’re back home a few days or weeks later and I want to enjoy the beer while I’m actually there. Being in a new place and seeing and experiencing new things is the whole reason that I travel so that’s definitely my priority. If I happen to bring a few beers home then that’s great, but mostly I’m focusing on enjoying myself when I’m there.

How do you pack your beer to get it home safely?
The first time I traveled to the U.S. I got over-excited and kept buying beers. After a few days I had so many that I couldn’t fit them all in my bag and they were really heavy, plus I’d just arrived at Russian River Brewing Co. and I knew I wanted to buy more beers there, so I had to figure out what to do and my options ended up being that I could pack a box and ship it to myself, but that was risky and could be expensive, so in the end I went to a store across from the Russian River brewpub, bought a second case, filled it with beer and bubble wrap (which I had to buy a big roll of) and checked that in. I must’ve taken home about 30 beers! I don’t tend to do that so much anymore, mostly because I travel so much more often. If I’m packing beers (which I usually do if I fly long haul), first, I wrap the can or bottle in a worn sock. Then it’ll get rolled in bubble wrap and then probably wrapped again in a t-shirt or sweater. I’m not just going to chuck it all in a big bag and hope for the best, and I want it to be tightly packed inside my bag to avoid anything breaking.

Any other tips?
If you’re traveling somewhere new to drink beer, then you’ll always find someone locally who’d be interested in drinking a beer from where you’re from, so always take a few of your favorite beers to give as gifts or to swap with others. That’s just a nice thing to do. I think if a person is too focused on going somewhere to just bring back souvenirs then they’re going for the wrong reasons. Sure, your buddy wants to try that fresh release you had when you were there, but don’t neglect the actual experience of being somewhere.