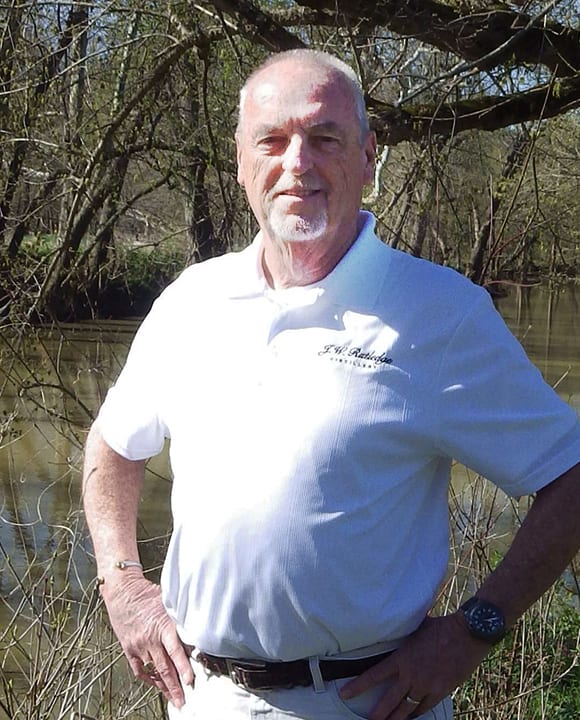 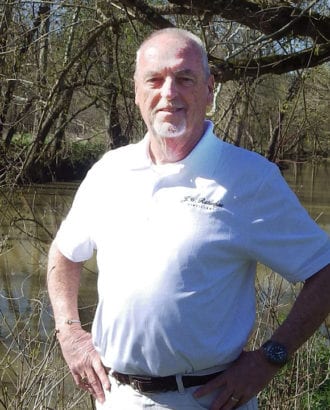 It’s boom time for bourbon, and the ranks of Kentucky distilleries will soon feature a new name—from a long-familiar face. Jim Rutledge was master distiller at Four Roses for more than 20 years (and worked for Seagram’s for decades before that); after retiring in 2015, Rutledge still felt there was more to explore in whiskey. Last week, Rutledge and his business partners announced plans to crowdfund a new project in Kentucky, the J.W. Rutledge Distillery. The $2 million Indiegogo effort picked up close to $6,000 in its first three hours; we spoke with Rutledge just as the project was getting underway about what he’s got up his sleeve.

Imbibe: You recently retired after around 50 years in the business. Why get back into it now?
Jim Rutledge: I used to play golf, but I hurt my back. Making whiskey is easier.

You’re planning on making at least four different bourbon mashbills, plus a rye whiskey. Why are you starting out with such an ambitious plan?
J.R: We want to have some variety, for one thing—we’ll get to the point where we’ll have single-barrel and private-barrel selections, and that’s the kind of thing people ask for. We want to provide people with what they want—that’s why we put on our website a way that you can vote on your favorite bourbon mashbill, and it’s been very interesting to see how that’s going. We’ve already got a lot of votes, and the bourbon [recipe] with wheat as a small-grain flavoring ingredient is already leading—I never would have guessed that. And we’ll have a regular bourbon that has a combination of the various recipes, so we can achieve more consistency in the flavor and aroma. This way, we’ll have consistency in our regular bourbon, and give some variety to the private-barrel and limited-edition whiskies, so we can also come up with something different each time. It’s like what we did at Four Roses, but with not quite so many variables.

What will being in the driver’s seat of your own distillery give you the opportunity to do, that you may not have done before?
J.R.: I tried to encourage [Four Roses] to make a straight rye whiskey, going back 10 years. Customers want it—I was asked at every gathering when we’d have a straight rye. Here, we’re calling our own shots, and we can satisfy those kinds of requests. We’ll have a straight rye whiskey distilled and in our warehouse before the end of our first distillation year.

You emphasize on your distillery’s website that environmental sustainability is a big part of the plan. Why is that important to the new project?
J.R.: When we first started talking about this, one of the things we really wanted to build is an environmentally friendly, sustainable distillery. We may be the first to do this, I don’t know for sure. We’ll use geothermal energy for the heat and air conditioning, some solar, some geomass energy—at the very least, to supplement the natural gas we’ll use to run the distillery. We’re building not just for today, but for generations down the road. We want to be a pioneer in building a sustainable distillery for the future.

What kind of timeline and logistics are you working with for the new distillery?
J.R.: We’ll be a midsize distillery—much larger than a craft distillery, but not nearly the size of the Kentucky giants. We’ll fill 30,000 to 40,000 barrels a year, and that’s probably going to be one-and-one-half to two years down the road. We’ll get the distillery designed, and at that point we’ll hire an architect to build a building around the distillery—which is a lot easier than trying to put it into a building that’s already there. In the interim, once we get all the licenses and permits in place, we’re thinking about building a barrel warehouse first—there’s a shortage of storage capacity for the other distilleries, so we can make a little bit of income by storing for others. We’re looking to purchase 100 to 150-plus acres so we can have everything in one location—distillery, warehouses, bottling facility, gift shop, and a large space for events like weddings and parties. We want to be as close to Louisville as possible, so we’re looking in southeastern Jefferson county, as well as in Spencer, Oldham, Shelby, and possibly Bullitt counties.

You’re crowdfunding the project, at least in part. Why are you structuring it this way, without turning to venture capital or a large corporation?
J.R.: We kicked off our fundraising with crowd-funding so we can see how much capital we can raise, and then figure out which way we go. We want to maintain management control so we can do things like building a sustainable distillery. It may cost us more to fill a bottle of bourbon this way, but we can make that decision without corporate [interference] or investors worried it’s costing more. In the long run, it will pay off to build it the right way.

Does it also give you freedom to make the kind of whiskey you want to make, without having to turn to short-term trends like flavored whiskey?
J.R.: Absolutely—I’ve always taken a firm stance against flavored bourbons. We’ll stand by the requirements and traditions to make a straight bourbon whiskey and a straight rye whiskey—this is our choice, and we’re not putting blackberry flavoring in a bourbon bottle just for marketing and to make a quick dollar. I’ve always said if you want a blackberry-flavored bourbon, a bartender can do it a lot better than we can. I will always stay true to tradition.