Inspired by the Carousel Bar at New Orleans’ historic Hotel Monteleone, designers Mauricio and Gillian Couturier and multimedia artist Abe Aguilar and his brother Ricky Aguilar set out to create their own amusement park ride/drinking spot, Wolfie’s Carousel Bar in San Diego. The iconic bar in New Orleans has been serving Vieux Carrés to those eager for a ride for over 70 years, and until recently, it was the go-to carousel bar in the U.S.: François Frankie Carousel Bar debuted in Chicago in 2019, New Jersey launches its Carousel Bar in Atlantic City this Memorial Day Weekend, and now the West Coast has one to call its own.

The team at Wolfie’s spent several years researching and designing the concept to fit the converted garage space in Little Italy. Engineers and craftsmen brought the carousel to life with machine fabrication and hand-carved features. Finally, in August 2021, the bar took its first spin. They baptized it after the Couturiers’ son Wolfgang. He happens to share the same nickname as the famous 19th-century builder of hand-carved carousels, Charles I. D. Looff.

The Couturiers and the Aguilar brothers sought to create an awe-inspiring immersive experience for the city. “We wanted it to be like, if you go to San Diego, you have to see this,” says Mauricio Couturier. The 2,500-square-foot bar and restaurant boasts French bistro cuisine and Parisian-inspired cocktails, seating for up to 256 guests, galloping carousel horses over booths, as well as that 24-seat rotating bar illuminated by 400 lightbulbs. Like Hotel Monteleone’s bar, the bar top and attached bar stools revolve around the stationary center and bartender workspace.

More Than Just the Carousel

Wolfie’s carousel imagery extends beyond the bounds of its moving centerpiece. Pastel-colored Belle Epoque-style décor and 18th-century French paintings reinforce the grandeur of another time. But even though the digitally created murals and paintings are transportive, hand-painted pop culture references sprinkled throughout nudge one out of such reverie.

The countless Easter eggs—such as a DeLorean parked by a picnic scene, hot air balloons, and UFOs— hidden in the paintings and murals invite guests to find something new each time they visit. “The shields beneath the carousel canopy are some of my favorites,” says Abe. “We worked on those for long nights and spent a lot of time on all the details of them.”

Mauricio’s favorite design element is the horses bobbing up and down over the dining booths. “It’s outside of the actual carousel component, but it gives it motion,” he says. Since hand-carved wooden carousel horses are extremely heavy, Mauricio and Abe found lighter ponies to suspend overhead.

Unfortunately for those hoping to snag a brass ring, that carousel pastime didn’t translate over to the bar. “Typically the brass ring is on a really fast-moving carousel,” Mauricio explains. “Our bar goes 14 1/2 minutes per turn, so it didn’t really make a lot of sense to include it.”

As it is, embarking and disembarking from the ADA-friendly bar is as easy as doing the same on an escalator. “It moves well enough where you can ride a wheelchair onto it,” says Abe. “We don’t want people to feel motion sickness after a couple of cocktails.”

The bar’s top speed is 11 minutes per revolution, or it can be slowed down to 16 minutes a spin. But after much testing, 14 1/2 minutes was found to be the perfect pace. (New Orleans’ Carousel Bar completes one revolution in 15 minutes.) “We tried to find the right temperature of movement because if it goes too fast some people could be sensitive to that,” says Mauricio. “And there are so many beautiful details when you look up that you would miss if it was going faster.”

The carousel located in Balboa Park, about 2 miles east of Wolfie’s Carousel Bar, is one of a few vintage carousels still in operation in North America that have brass rings.

Take a tour through this San Diego spin on the Italian aperitivo bar. 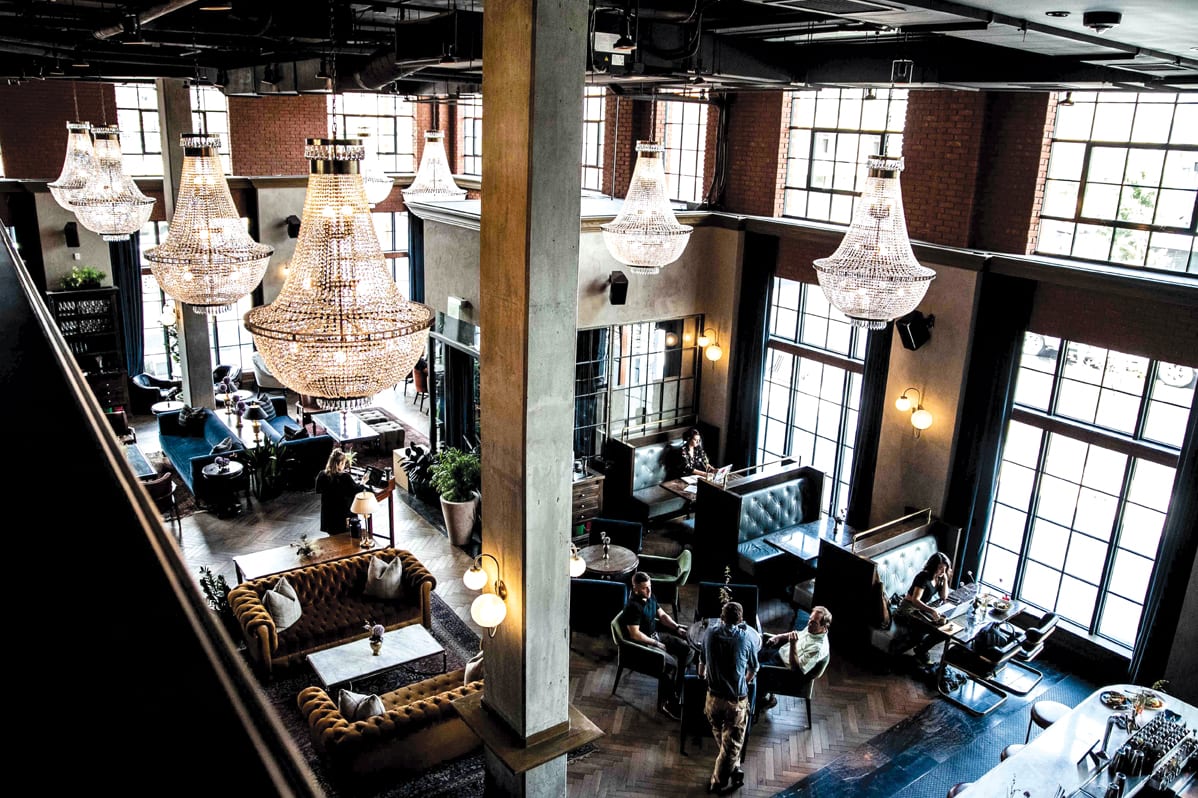 Can bars like Death & Co, Billy Sunday and Mother's Ruin find success beyond their hometowns? 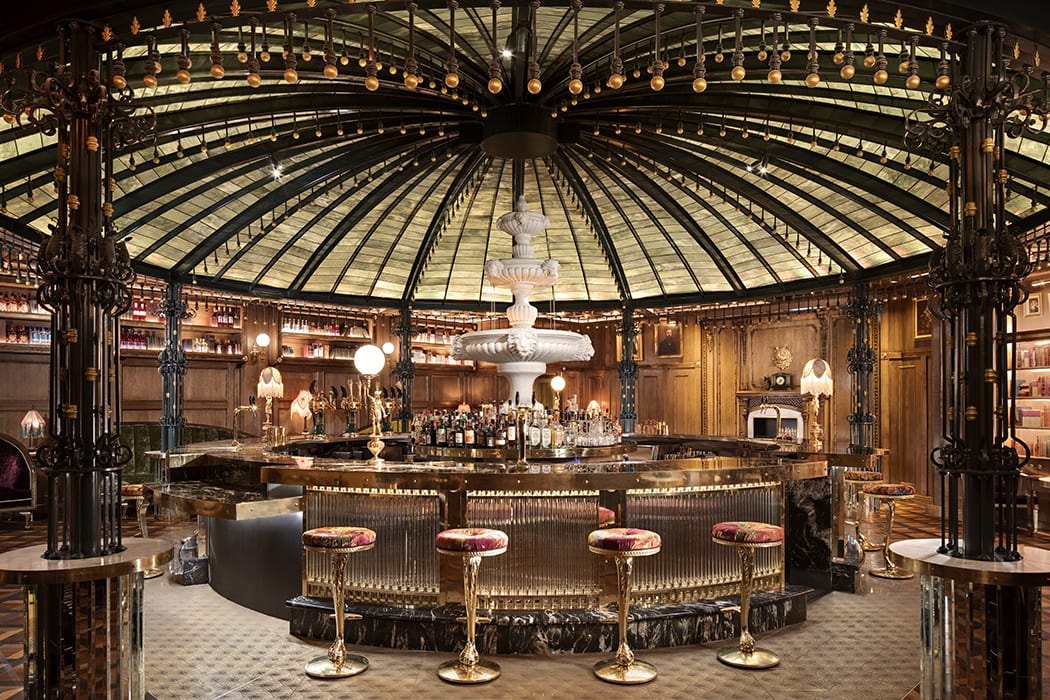 An opulent, European-inspired bar from the team behind Polite Provisions. 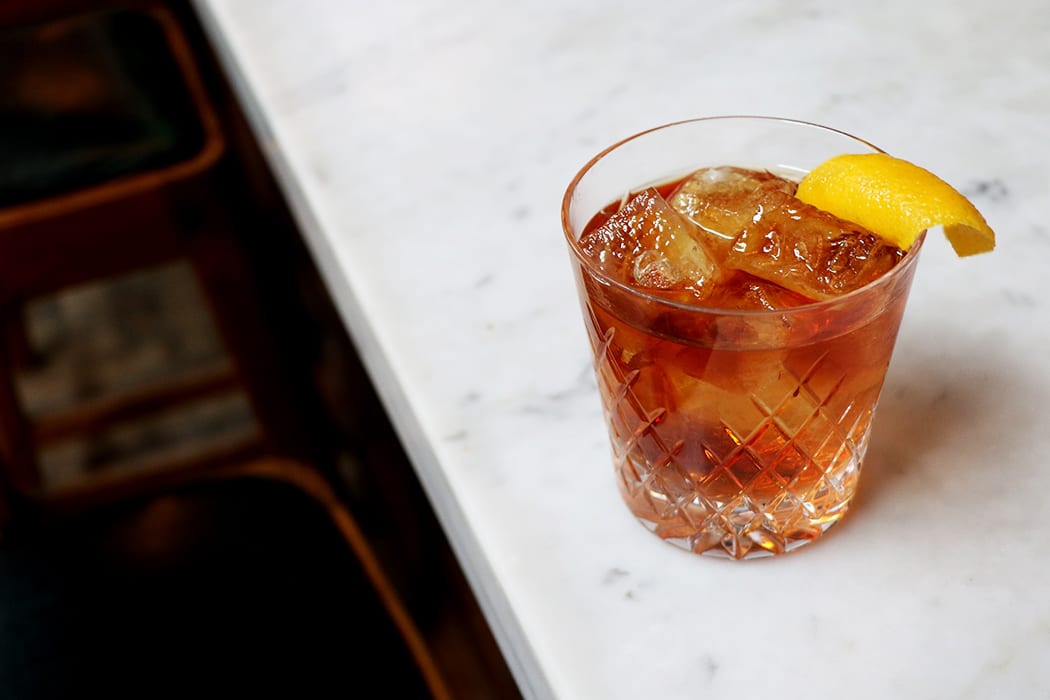 How bartenders are reinterpreting the New Orleans classic.

The beautiful Oakland bar pays homage to the record bars of Japan.