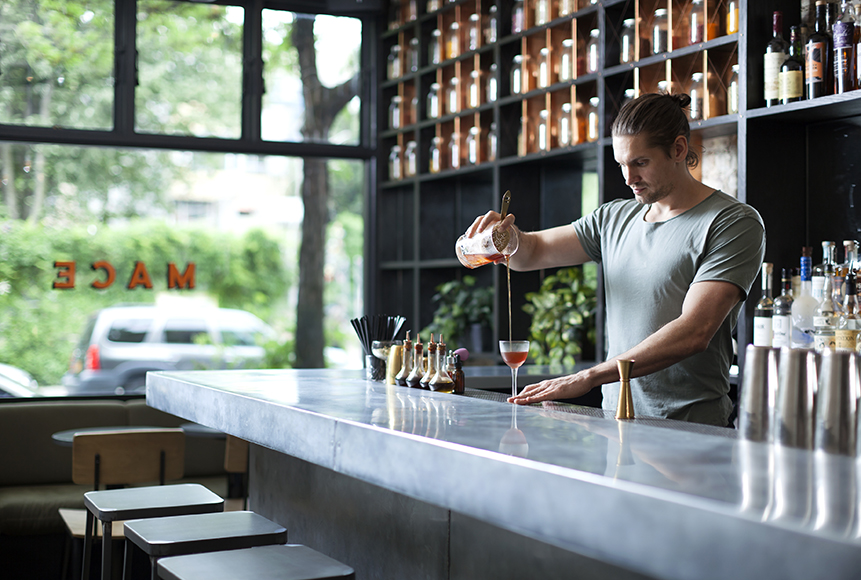 When devising the plan for a new bar in New York’s East Village, Mace owners Greg Boehm (Boilermaker), Zach Sharaga (Louis 649) and barman Nico De Soto (Experimental Cocktail Club) wanted to find a way to celebrate the diversity of flavors they had discovered during their collective travels around the world. But the idea of “travel” felt a bit too broad, Boehm says, so instead of turning to generic maps and spinning globes, they looked to the spice cabinet.

Named for the lesser-known outer shell of the nutmeg seed, Mace takes its theme seriously; everything from the interior design to the drink ingredients showcase spices in some way. On the menu, an unusual collection of 12 cocktails feature exotic ingredients inspired by (and sometimes sourced from) global markets spanning from Madagascar to Mumbai. Each drink is named for a spice, but barman Nico De Soto says not every cinnamon cocktail will simply taste like cinnamon. Instead, he usually comes up with an idea based on a certain flavor combination or travel memory first and then uses the spice to either define a drink or to bridge the gap between flavors.

Take for example, the bar’s namesake cocktail, featuring Aperol, aquavit, beet juice, orange acid, coconut cordial and a mace mist. It’s a slightly earthy, fruity blend that uses only a small amount of mace. Others, like the savory Cocoa zero in on that spice and complementary flavors, with banana and roasted cocoa nib-infused cachaça, pecan orgeat, olive oil salt and egg. Some drinks are more elaborate than others, like De Soto’s favorite drink on the menu—and the best seller, he says—the Pandan. A mind-boggling mix of dark overproof rum, Jamaican rum, batavia arrack, clarified milk, clarified pineapple juice, clarified lime juice, black tea, coconut water, ginger juice and a whopping eight spices, it’s a clarified milk punch that takes about three days to make. “It has layers and flavors that customers often say they’ve never had before,”De Soto says. “It also reflects what we do: using flavors, infusions and homemade ingredients with modern techniques to make delicious drinks.” 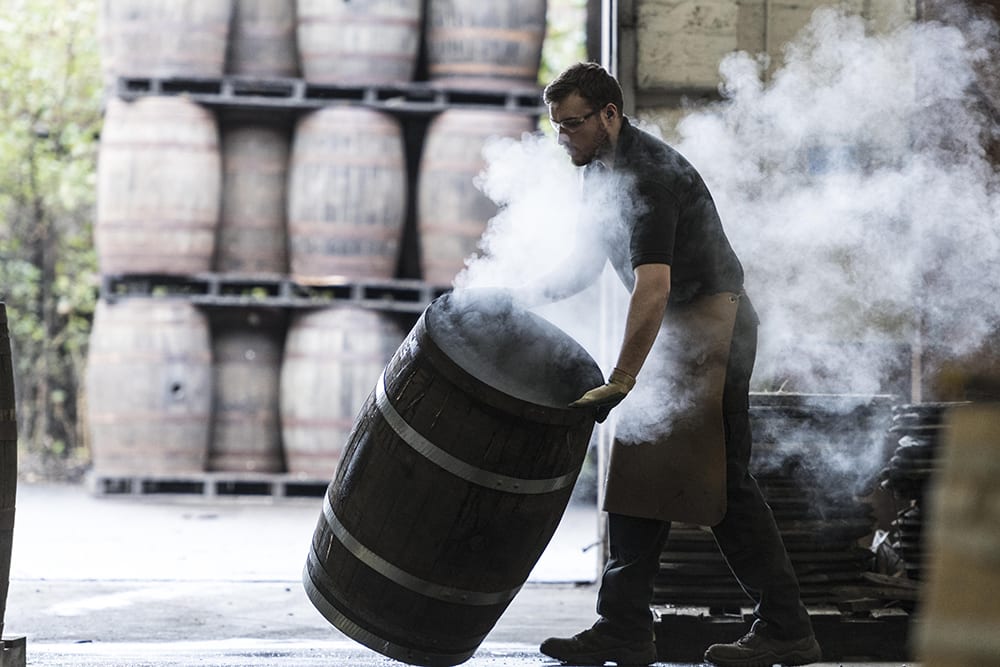 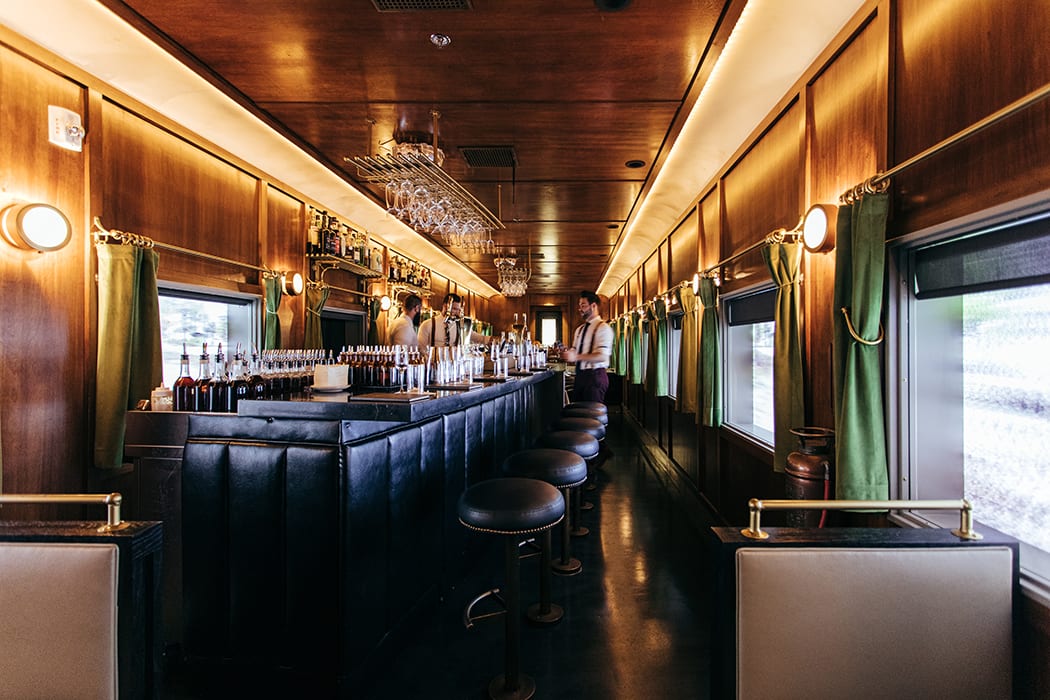 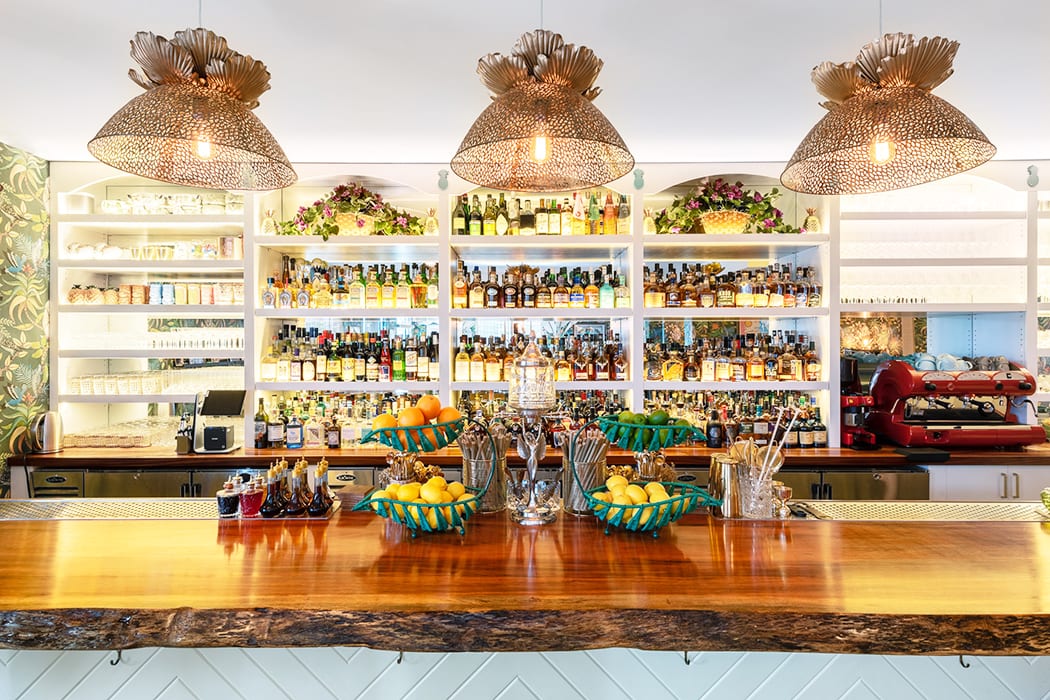