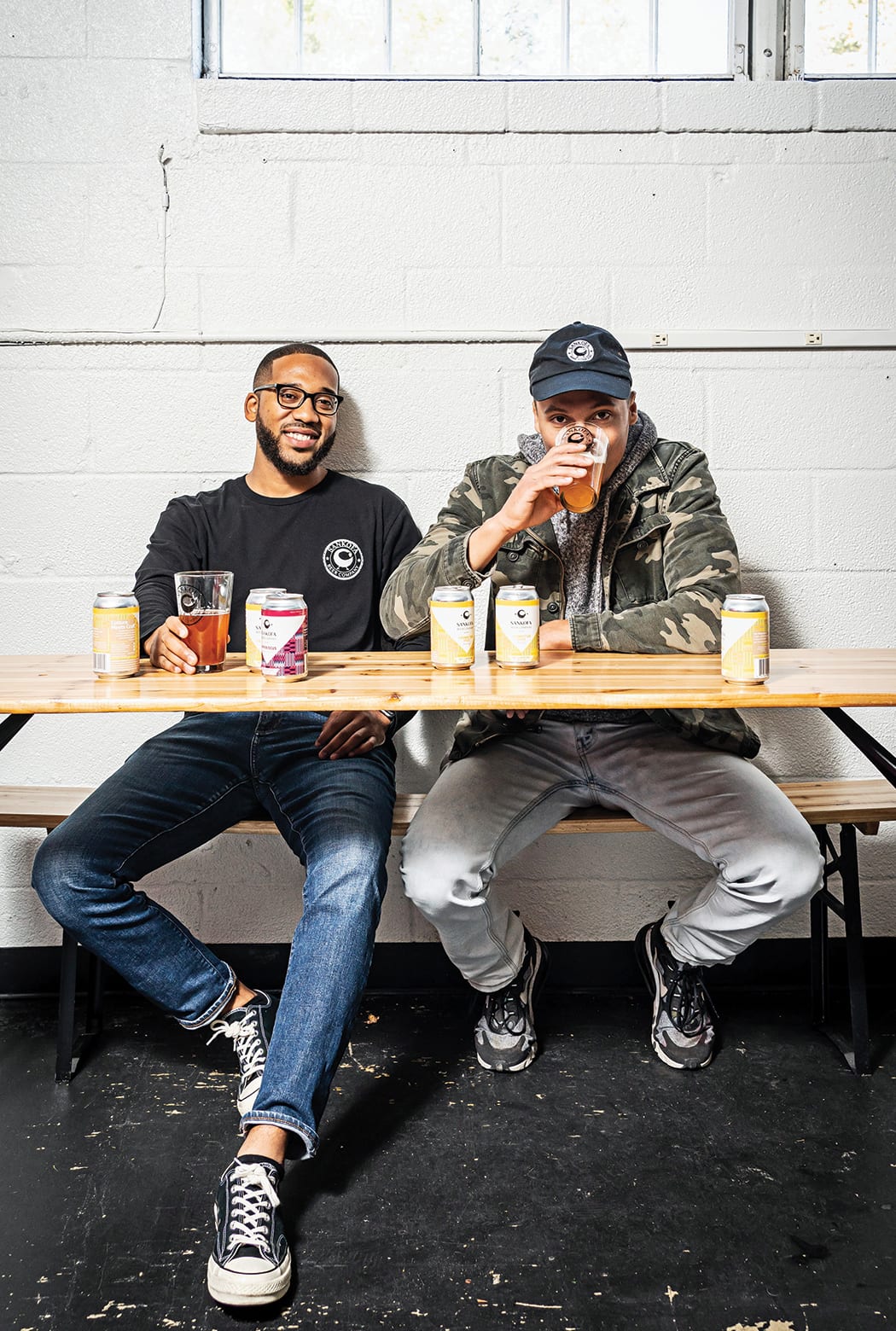 American brewers often look afield for inspiration, making Belgian-inspired saisons and Australian-hopped IPAs. But Africa is often missing from brewers’ global mood board, an oversight that Kofi Meroe and Amado Carsky are correcting with Sankofa Brewing Company in Washington, D.C. Sankofa uses the traditions and indigenous ingredients of Ghana, Nigeria, and other African nations to ferment a new multicultural future. “We’re trying to bring West Africa to the forefront of American craft beer,” Meroe says.

The calling is personal for Meroe and Carsky, lifelong friends who attended the same Nigerian elementary school. “We pretty much grew up as cousins,” Meroe says. They separately attended East Coast colleges before homebrewing together in 2012, following recipes to a T until tea caused a fortuitous detour. One day, Meroe was brewing beer and bissap, a West African hibiscus-flower tea. On a whim, Meroe added hibiscus to his IPA. “That not only changed our approach, but the quality of the beer as well,” Meroe says.

In 2017, the friends founded Sankofa Beer Company. “Sankofa is a word from the Ashanti/Akan people in Ghana and translates to ‘go back and get.’ It is visually represented by a mythic bird with its head turned backwards with an egg in its beak, or as a stylized heart,” explains Meroe. “Sankofa is a symbol for the understanding that in order to ensure a strong future, you must return to collect and understand your past. This understanding resonates with us and has truly inspired us as we write the story for Sankofa Beer.”

The two began contract-brewing HYPEbiscus, a hibiscus-infused pale ale, Harmattan Haze wheat ale, and chocolaty milk stout Cocoa Coast—Ghana is a leading cocoa producer—is coming soon. In addition to bars and bottle shops, Sankofa beers are regularly found at African restaurants and art galleries, where “we can introduce people to our beer in ways that aren’t as traditional,” Meroe says. Going forward, Sankofa hopes to find a permanent home and explore alternative fermentations.

On a recent Ghana trip, Meroe met a master brewer specializing in sorghum-based pito that was “as complex and well crafted as any sour beer,” he says. “There’s still so much that hasn’t been brought into what I would call the mainstream of craft beer.