Imbibe 75: An Interview with Humuhumu 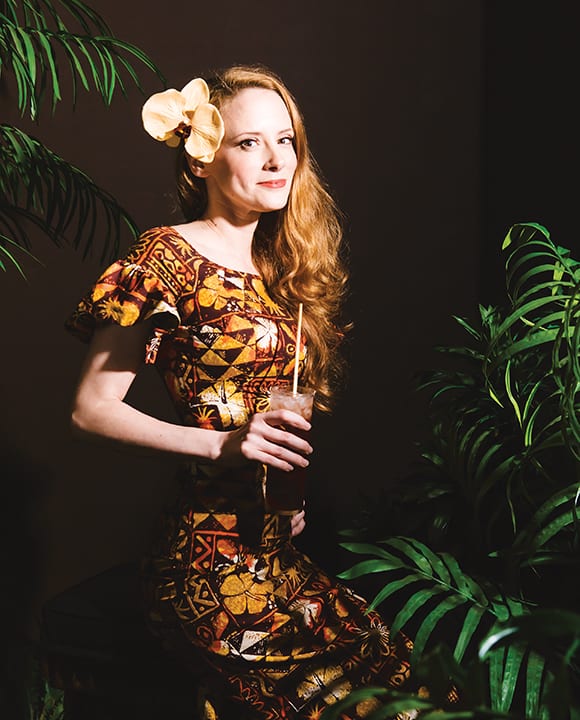 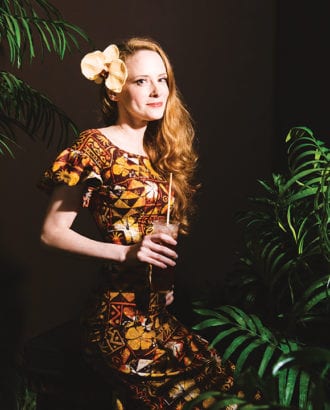 Since starting the Critiki website in 2002, Humuhumu Trott has both witnessed and helped guide the burgeoning tiki renaissance. A San Francisco–based software engineer by day, Humuhumu—who picked up her nickname years ago from the Hawaiian word for sewing—has built Critiki into much more than a simple guide to tiki bars and Polynesian restaurants (more than 900 around the world, at latest count). Through history-laced articles, editorials and cultural critique, Humuhumu has helped shape today’s tiki phenomenon into a three-dimensional, multifaceted subculture.

We named her a Person to Watch in 2017’s Imbibe 75 issue, and we chatted with her recently about her interest in tiki culture, and tiki’s enduring appeal.

Imbibe: How did Critiki get started, and how have you kept it going for more than a decade? Humuhumu: I built Critiki in 2002 for my own purposes initially, and made it publicly accessible in 2003. Like anything in life, there’ve been ebbs and flows—there are months and years when other things spark my attention, for example in 2012 and 2013, when I had a baby—but tiki will always have my heart, because there’s so much to it. There’s always more to see, and always more to do. What really interests me is the past—I want to keep that moving forward, and it excites me to see new places that really understand that history.

You frequently deliver presentations to bartenders and tiki enthusiasts on tiki culture and history—what’s the idea behind that? It’s about helping modern bartenders, who are often quite young, to understand the context and the world that tiki was born into. From where we are today, it helps us understand how it spoke to people back then—and there’s a lesson there to carry over. It’s worth wondering what it is about tiki that captures people’s imagination—and how can we keep that spirit in modern tiki bars, and take advantage of that spirit in non-tiki bars as well. It’s about far more than a nifty drink in a glass. I’ve given the talk twice in Portland [once as a standalone talk, the second as part of the Bar Institute series], last June at the Mai Kai in Fort Lauderdale, and most times I give it at my own house in San Francisco. I can seat six or seven bartenders at a time, and I’ve given the talk dozens of times. I feel very strongly that I need to give this talk in an immersive tiki environment, because the environment does so much of the speaking for me. It’s about feeling transported, and feeling immersed—I won’t give that talk in a beige conference room. I’ve also given talks to more of a tiki-phile audience, about travel for people who are interested in finding cool, under-the-radar tiki bars.

Tiki’s resurgence in recent years is remarkably extensive—what’s it like to have witnessed that take place from the start?Having watched this since the early 2000s, it’s a much different world. Back in the early 2000s, and even up to 2006, if you did Google searches on tiki, you got pictures of Tiki Barber, the football player. Today, your average person knows what the word “tiki” kind of conveys, with tiki bars and Polynesian pop—that’s relatively new, and it’s pretty widespread.

How much is this interest in tiki and Polynesian pop more than a simple interest or hobby?You can take it as deep as you want to take it. For many people, it’ll never be deeper than drinking Piña Coladas and watching Magnum P.I.—and that’s okay. But if you want to dive into the larger sociopolitical questions and think about how it’s shaped our mainland culture, and our perceptions of Polynesia—there’s a lot there to think about.