Behind the Bar: The History of Drinking Districts 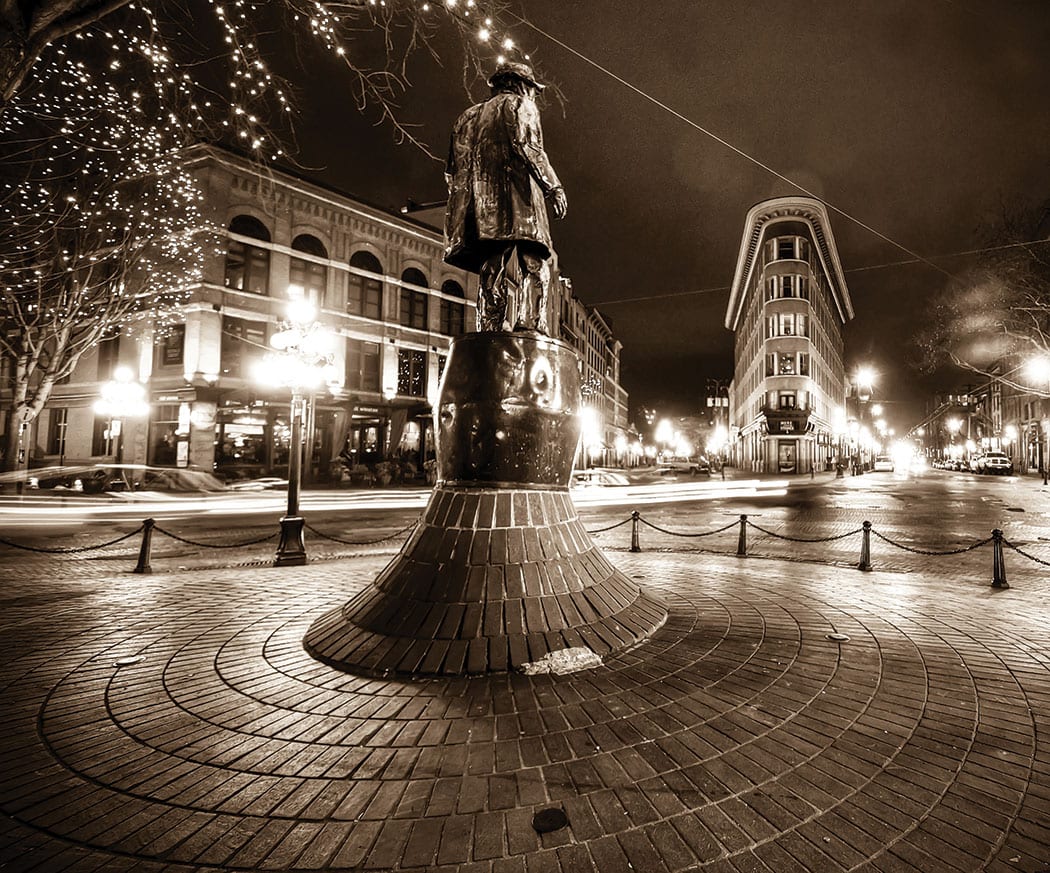 Just outside L’Abattoir—an immensely appealing bar and restaurant in Vancouver’s historic Gastown neighborhood—stands a bronze statue. It’s of a man in a greatcoat, perched with an imperious if slightly unsteady air atop a barrel, presumably of whiskey. This is John Deighton, more popularly known as “Gassy Jack.” The English riverboat captain opened a hotel and saloon near this spot in 1867; a plaque beneath the statue explains that he was famous for his “gassy monologues as a saloonkeeper.”

He is one of the more colorful and enduring among the founding fathers of Vancouver, and he gave the neighborhood its name. It’s somehow reassuring that this frontier city was built not just on gold rushes and timber harvesting, but on sitting around bars and gabbing. Among fans of drink, Gassy Jack might also be celebrated as a pioneer of another urban phenomenon: the North American bar district.

You know these places—these neighborhoods of old, narrow streets populated by bars with stamped tin ceilings, wooden floors and brick walls. Step out on the street and it’s circa 1890 again—the buildings adorned with cast-iron columns and Italianate cornices. (Think: Disney’s Main St. USA. Walt Disney believed that the turn of the last century represented Main Street’s apogee, and designed his replicas accordingly.)

Bar clusters have evolved over the years. Such spots were once called, simply, “downtowns”—where people gathered, bars arose. Later, as cities moved outward and the concentration of bars offended puritanical politicians, these urban areas were redubbed “skid rows.” When the suburbs siphoned off the economic energy, downtowns with seedy bars were called “slums.”

Then came the 1970s, when cheap rents and raw spaces attracted the attention of a new breed of adventurous barkeeper, who opened establishments in old print shops and abandoned banks. They soon attracted others—classy restaurants and velvet-rope nightclubs—often encouraged by officials who sought this redevelopment through the establishment of “entertainment zones,” which favored new bars with tax breaks and easy liquor licenses. Today, any mid-size city of even moderate aspirations boasts a few blocks of a once-sad downtown, now cheerfully devoted to drinking and eating.

Gastown is among the premier examples of these—a place that was born a bar district and has never really abandoned its raison d’être, although it has evolved from one decade to the next. L’Abattoir today occupies a spot in the Byrnes Block, built in 1887 as a hotel. Across the street is another excellent cocktail bar called The Diamond, set upstairs above a former dry-goods store dating to 1890. And there are many more along the streets nearby, from the elegant Pourhouse to the raffish Lamplighter Public House, which opened in 1925 when it no doubt had fewer than the current 50 beer taps.

Why do bars cluster so? One can assume a conjunction of simple reasons. Tipplers can travel from one watering hole to the next on foot (cars and ethanol mix fine; drivers and ethanol, not so much). The narrow sidewalks and (occasionally) outdoor bar areas heighten random contact among strangers, with the friction of such encounters nicely lubricated by beer and other drink. And there’s an appealing human scale and visual variety on these streets that blend splendidly with the century-old interiors—Gastown inside and out offers texture galore, from concrete to brick to rough-cut stone.

Of course, an overabundance of success can breed failure. Developers have tried to mimic these districts anew, creating drinking Frankenzones such as Fourth Street Live in Louisville, and the CityWalks in Hollywood and Orlando. But these places somehow come up short—they look inward rather than outward, they lack authenticity, they keep tipplers corralled in tidy little zones rather than encourage them to move onward and outward. There’s little symbiosis with the surrounding neighborhood. (In Vancouver, nearby Granville St. is a more organized, more heavily promoted drinking district, which utterly lacks the charm of Gastown.)

Failure also looms when a drinking district gets out of control through the reckless breeding of new bars. Some cities fret that their once-revered bar districts are now too boisterous, too crowded, too rowdy. (To wit: Broadway in Nashville; 6th Street in Austin.) They have evolved into a monoculture of drink, like 50,000 acres of the same strain of corn. Such places drive out the locals and attract bridge-and-tunnel types, who believe an urban stage always includes a license for misbehavior. And so municipal containment strategies ensue: liquor license caps are imposed; regulations are decreed. Given time, a slow, strangulated death creeps in from the margins.

Gastown, like many other drinking districts I’ve visited lately, feels as if it’s at a moment of delicate balance these days. This fall, I sat at L’Abattoir one evening, enjoying a Donald Draper cocktail (bourbon, Cocchi Aperitivo Americano, absinthe and apricot liqueur). It seemed perfect for both the bar and the neighborhood—call it retro-retro, a drink that’s a nod to a fading television show that itself is a nod to a lost era.

Every great bar district across the country has that sort of built-in echo chamber—just be aware that the stamped-tin ceilings and brick walls are only the garnish. The base spirit comes in people gathering, on foot, drinks in hand, as they have for decades, in that same spot, to celebrate yesterday’s triumphs and tomorrow’s possibilities. 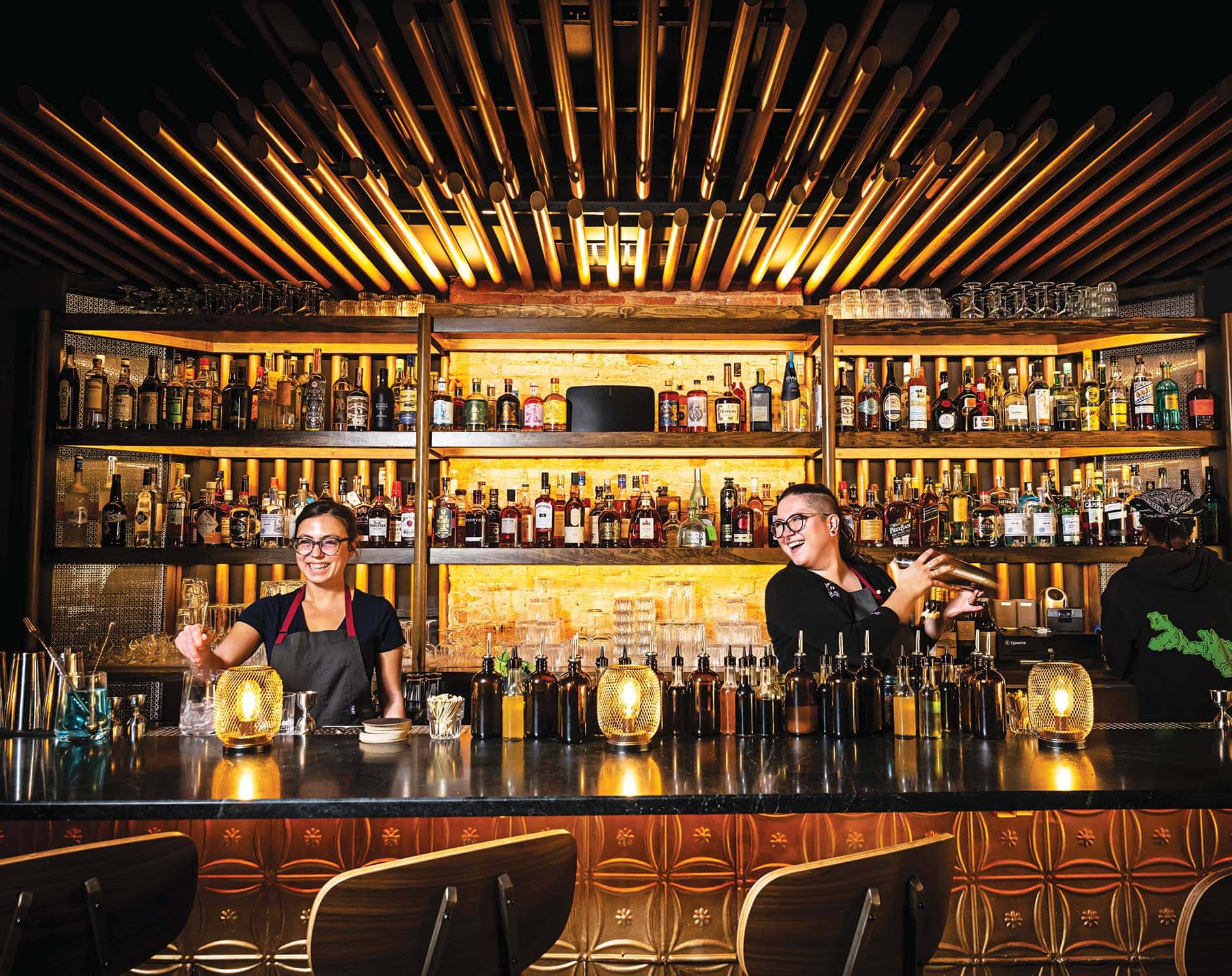 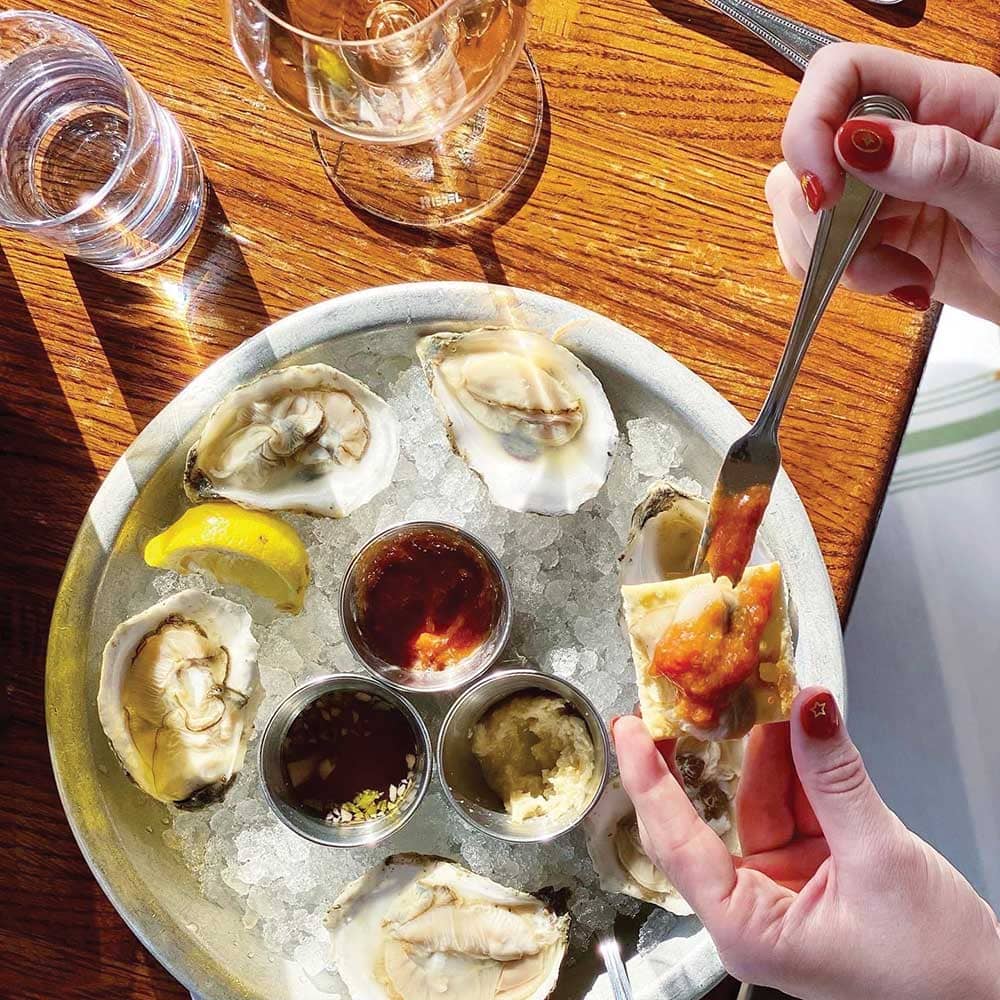 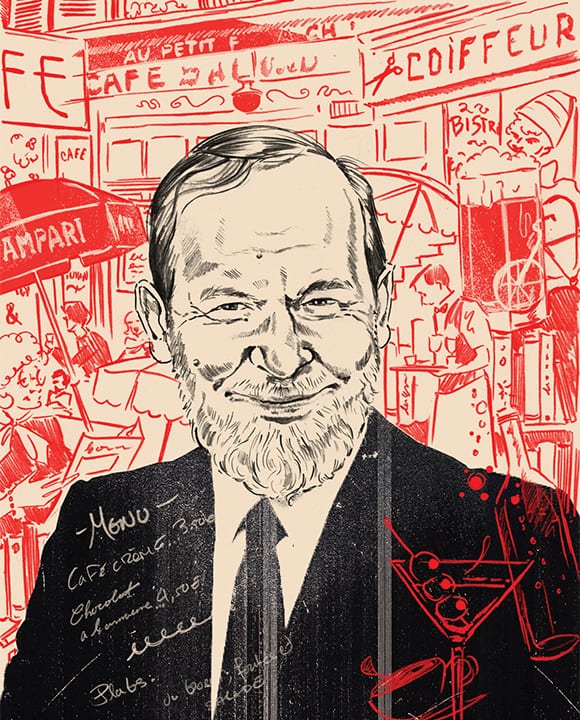