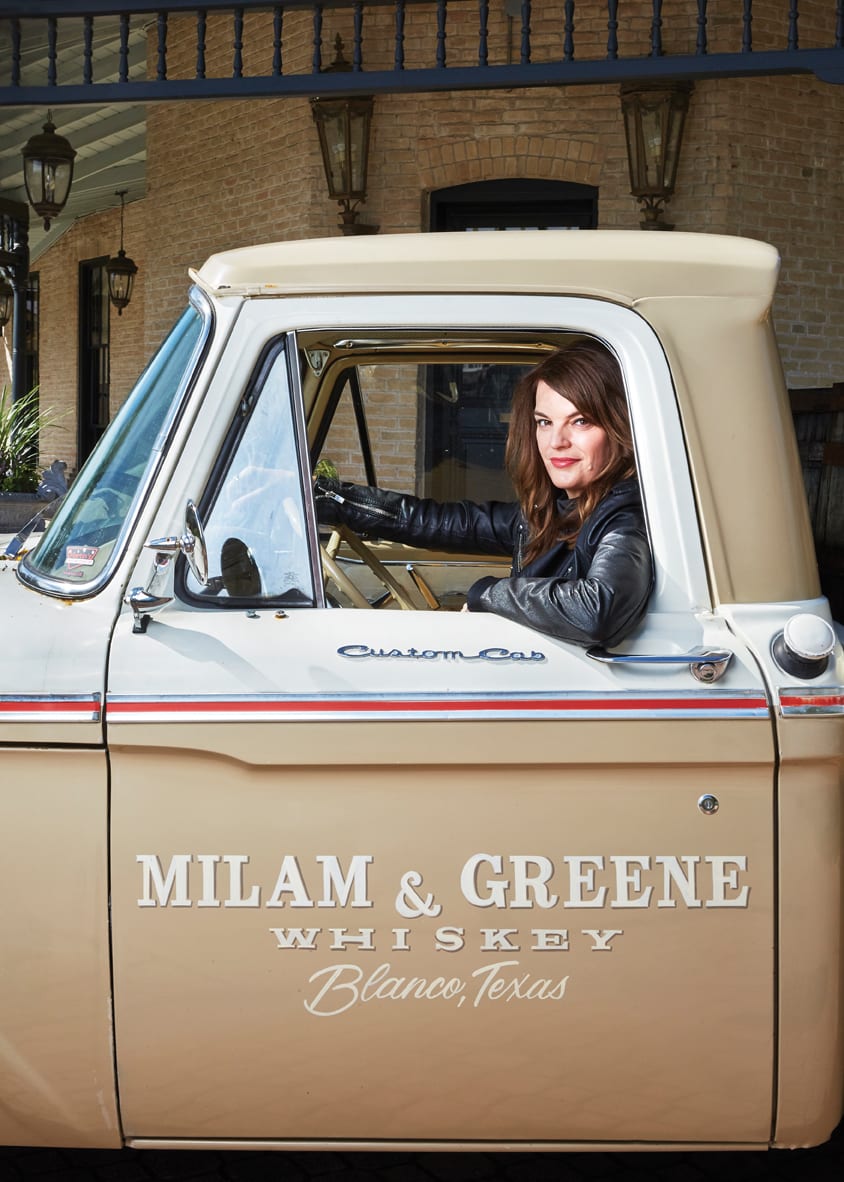 Working as a professional musician or a freelance writer can be a hard way to make a living. For Heather Greene—who’d worked both of these jobs over the years, along with being a bartender, spirits educator, and consultant—a conversation with a friend and colleague over cocktails in a hotel bar in Kentucky in 2018 encouraged her to step into a new professional role: master whiskey blender (and, starting in 2019, CEO) for Milam & Greene Whiskeys at the Ben Milam Whiskey Distillery in Blanco, Texas.

Fittingly, Greene first encountered the company through connections she’d made throughout her varied career. “I’d met one of the partners in New York City,” where Greene was living before recently relocating to Texas, “and what we had in common was music—we met through a string arranger who’d worked on my record back in the early 2000s, when I was a professional musician,” she says. “He brought me down to Austin, and the rest is history.”

At the time the opportunity came along, Greene had been working as a freelance writer and a consultant for various whiskey brands, and she was looking to make a change. “I could see that being an author was getting harder and harder, and publication opportunities were drying up,” she says. “But I also thought that after years of working on my own, I was ready for another challenge, and I wanted to stretch in a way I hadn’t stretched before. So the idea to take everything I’ve learned from all of these brands that I’ve worked on [as a consultant], and from traveling and writing, and to work with a team that’s open and awesome enough to share that knowledge with me? It seemed like a culmination of everything I’d done so far.”

Along with founding partner Marsha Milam, master distiller Marlene Holmes (who’d previously logged more than 25 years of experience as a distiller at Jim Beam), and chief brewer Jordan Osborne, Greene is working to make traditional American whiskies that still bear a Texas imprint. The first whiskies—a triple-cask straight bourbon made from a blend of whiskies from Tennessee and the brand’s own Texas-made spirit, and a rye whiskey distilled and aged in Indiana and finished in port barrels in Texas’ Hill Country—were released last fall. “We’re an American whiskey—our rye [grain] comes from the Pacific Northwest, our barley from Wyoming, our corn from Texas, our people come from everywhere, and we have a Texas heart,” Greene says. “It’s not full-on Texas whiskey, because we’re embracing all of America.”

“It’s not full-on Texas whiskey, because we’re embracing all of America.”

With Holmes and Osborne overseeing the production side and Greene handling the blending, the whiskies also demonstrate an approach that’s still surprisingly novel in some craft spirits circles. “You design a whiskey with the taste in mind first, then go back and figure out how we’re going to do that over time,” Greene says. “That’s a different approach from what I’ve seen in a lot of the craft distilling world, which is to build a distillery, make whiskey and put it in the warehouse, and hope it tastes the way you want it to. Taking it from the other way around, it’s philosophically a better approach, because you have that taste in mind.”

Blending the whiskies is key to meeting this target, and this is also where Greene diverges from many American distillers, who place greater emphasis on the role of the distiller and keep the role of the blender in the background. “Japan is all about blending, and tweaking the different constituents of a whisky to make something really beautiful, and Scotland really embraces master blenders and how they put casks together to make something great,” she says. “Our whiskies are about taking everything we’ve learned in our respective careers, and putting it under one roof.”

Greene is quick to emphasize that what the team is doing isn’t particularly new—rather, the practices of sourcing, batching, distilling, and blending whiskies fit firmly into the American whiskey tradition. “This brand isn’t doing anything that doesn’t have history behind it,” she says. “Blending and batching has history behind it, and we’re still a bourbon or a rye at the end of the day. We’re opening it up to all of those other things—we’re going to Kentucky and making some whiskey in Bardstown and being super open about it, keeping some barrels in Kentucky and bringing some to Texas so we can see the effects of terroir and microclimate across the areas. It’s just fun—and for a whiskey geek like me, it’s awesome.”