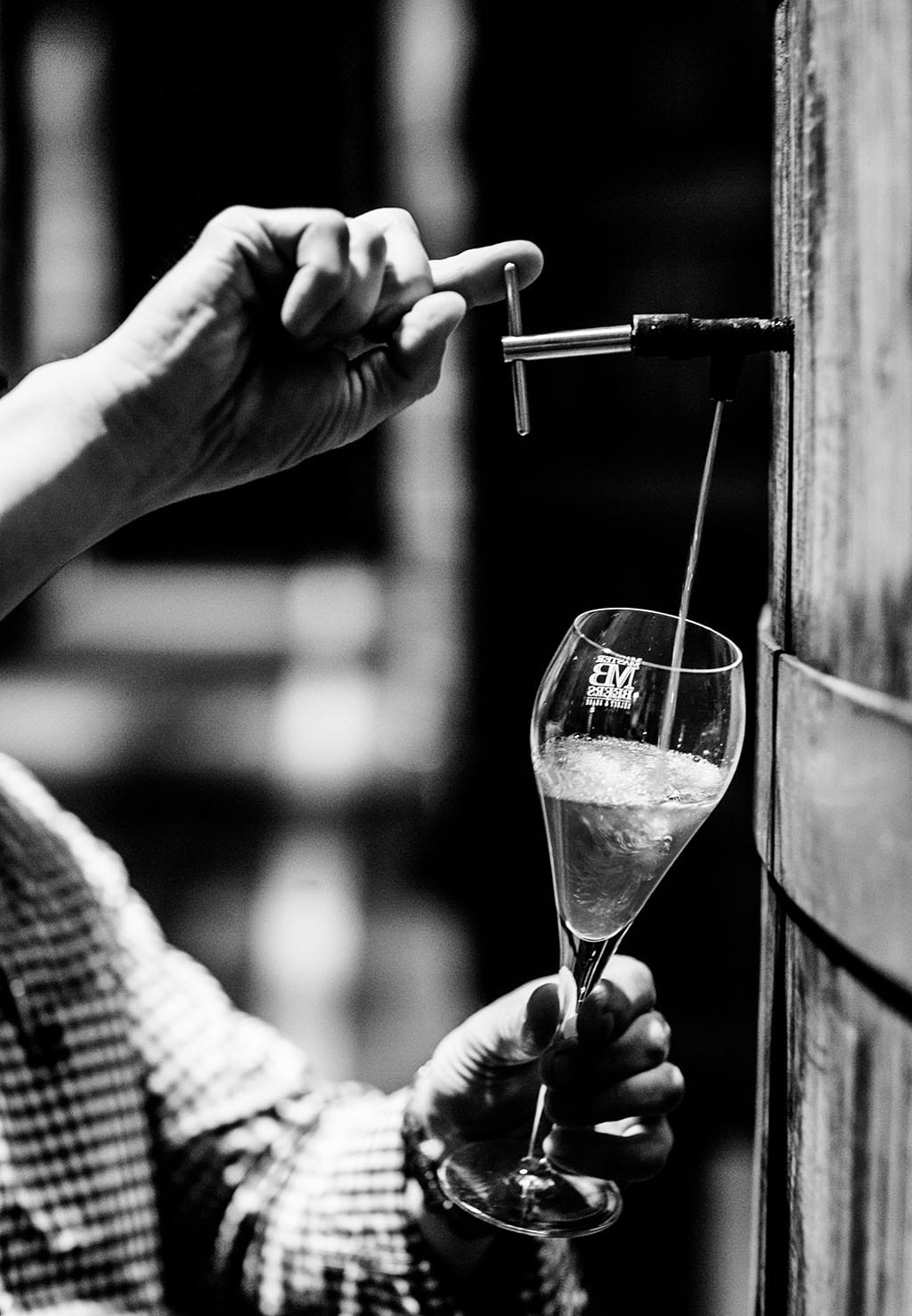 One of the most balanced examples of what we know today as sour beer, the Flanders Red style is made for fall sipping thanks to its blend of deep berry flavors, perky sourness and rich, dark malts.

The beer dates back to the Middle Ages, when Belgium separated into two territories, bisected by the river Scheldt. In the French-held West, brewers weren’t yet using hops to extend shelf life. Instead, the Count of Flanders sold Gruut, or a mix of spices, to brewers for production. “Some brewers didn’t want to buy the spices because the beer got spoilt,” says Nicolas Degryse of Brouwerij Omer Vander Ghinste. “To preserve the beer, the brewers would let some of it mature on oak casks for a period so the beer got sour (below a certain pH level) and it could preserve longer. Afterwards, they would mix it with young beer to get a nice balance between fruitiness of the young beer and sourness of the beer matured on oak casks.”

The Flanders style hasn’t changed much since. Brouwerij Omer Vander Ghinste traces their beer-making roots in the Flanders region back to 1892, and today, their Cuvée des Jacobins Rouge is one of the most well-known Flemish sour ales. Rodenbach Brewery, established in 1821, was another pioneer of the style. Master brewer Rudi Ghequire says a good Flanders Red should taste “perfectly balanced and have a refreshing-like quality to the taste. There should be a pronounced fruit flavor, a complex taste and a pleasant aroma, and the color should be brown-red, with a nice head retention and lacing to the beer when poured and enjoyed.”

The style isn’t supposed to hit you over the head with acidity and tartness, but rather draw a smooth balance between sourness and biscuity malty character. When talking about the category, many brewers draw comparisons to red wine—the beer has even been called the Burgundy of Belgium—thanks to big fruits and a silky texture. But as with most beer styles these days, variations abound. Everything from the acidity levels to ABV and level of malts can vary, even among the most traditional brands. So whereas Rodenbach Grand Cru lands heavy on the tart red fruits, Duchesse de Bourgogne tastes more like dark figs macerated in vinegar and sweetened with molasses. “Most Belgian-produced Flemish Reds tend to be a bit maltier and less acidic, though there are exceptions, like Rodenbach Grand Cru, Cuvée Des Jacobins Rouge,” says The Bruery founder, CEO and master cicerone Patrick Rue, who began brewing their version in 2008. “When we brewed our first batch of Oude Tart, there weren’t many representations of the style made in the U.S., so that was attractive to us. Now, most of the U.S. Flemish-style reds are made to appeal to the U.S. beer geek palate—they tend to be quite acidic.”

Rue thinks his version of the style stays close to Belgian style. The beer is aged in red wine barrels for up to 18 months, lending hints of leather and oak to the complex dark fruit profile. New Belgium’s popular La Folie is one of the better-known examples made in the U.S., and it combines various beers aged in the brewery’s foeder room for a unique spin on the traditional blending methods. Jolly Pumpkin in Detroit was another of the early U.S. adopters of the style. Known for its 100% oak-aged, naturally soured brews, the La Roja boasts a big malt base and deep complexity, flush with flavors or orange peel, clove, gingerbread and walnut. The Rojzilla, on the other hand, bursts with tangy raspberry and cherry fruits, ending in a bitter finish.

Desthil Brewery in Bloomington, Illinois started with a traditional Oud Bruin before the release of the more current Wild Sour Series, which includes a Flanders Red made with a traditional recipe, but contemporary brewing process. “The result is a unique representation of this style with deep flavors of tart cherries, making it one of the more unique canned sours on the market,” says brewery ambassador Katy Tilley. “The dry, wine-like finish accentuates the complex malt profile and bright fruit notes are showcased to create a brilliant, deep-red colored beer that is a modern kettle-soured hybrid of an otherwise traditional Flanders.” Dethil’s version screams with more tartness and acidity than most—a natural progression, perhaps, with American craft brewers increasingly looking to the sour category for inspiration.

While Belgian breweries will likely continue to uphold tradition, stateside Flanders Reds seem to have established a safe place at the American bar. “I see sours continuing to become more popular, and I think they’ll range the gamut from golden to black with all sorts of flavor profiles,” Rue says. “As it goes, beers that fall into the Flemish Red category will likely see increased demand as well.”