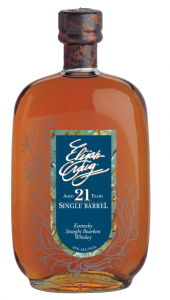 Turning 21 is a milestone for many, and today’s Drink of the Week—the 21-year single barrel release from Elijah Craig—marks the occasion with style. Released following the sell-out success of the company’s 20-year single barrel, this rye-heavy bourbon was pulled from top spots in the rickhouse and bottled at 90-proof, resulting in a remarkably soft and nuanced sipping whiskey. Expect aromas of apple pie spice followed by a bouquet of savory herbs and notes of sweet caramel, vanilla and smoke on the finish. Released earlier this month, bottles are currently making their way to retailers around the country, though if its 20-year predecessor is any indication, it won’t hang around long. $140, heavenhill.com for distribution info