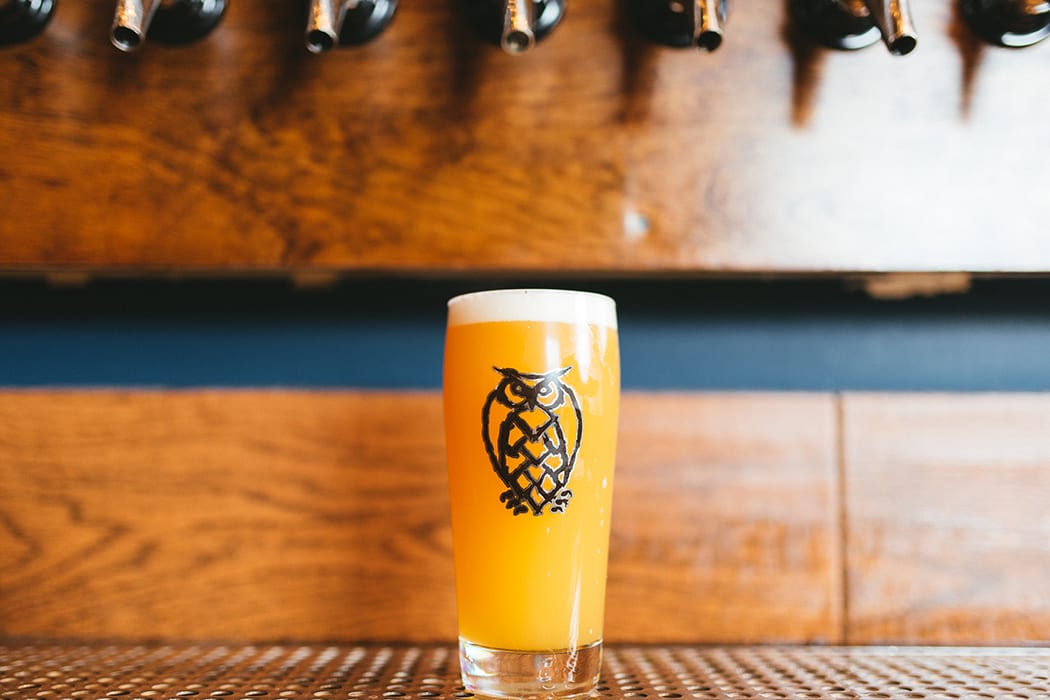 On the back cover of Imbibe contributing editor Josh Bernstein’s new book The Complete IPA, it reads, “No other brew style has captured the hearts and taste buds of beer lovers like the India Pale Ale,” and these days one would be hard-pressed to find any drinker or brewer who would challenge the notion. The meteoric rise of the style shows no signs of slowing, and now smaller microcosms within the style are emerging, including a new model commonly known as the Northeast or New England-style.

By this point, most beer drinkers are familiar with the classic West Coast IPA that’s bursting with citrusy and/or pine-forward hops and a fair amount of bitterness. On the flip side, the Northeast IPA often has a juicy, tropical aroma and flavor that comes from the use of English yeasts and hop breeds like Citra and Mosaic. Northeast IPAs also tend to have a softer mouthfeel thanks to the sulfite-low East Coast water and the use of oats and wheat in the mashbill. And instead of that classic IPA bite, these beers are often less bitter and have a hazy appearance if they’re partially or wholly unfiltered. “Bitterness has been a really divisive issue with IPAs, so this new style of beer really opens the doors for people who may have been turned off by bitterness,” says Bernstein.

“It’s hard to find people who hate payapa and mango and all of these other flavors. They’re so approachable and easy to understand that people kind of went crazy for them.”

The Northeast IPA style evolved somewhat organically. Many point to breweries like Hill Farmstead and The Alchemist in Vermont as pioneers of the style, and since those early, unfiltered beers first found an audience, the profile has spread quickly throughout the region and beyond, with notable versions now coming from breweries such as Tree House, Trillium, Night Shift and Finback. “It’s not really a response to the West Coast IPA, but the style is different in a lot of ways,” says Night Shift head brewer Joe Mashburn. “One of the most important characteristics is the haze. They’re meant to be drank incredibly fresh, so there’s no filtering, no pasteurization.”

Mashburn has been experimenting with one-off versions of the beer, like the most recent one called Fluffy, named for its mouthfeel and lower carbonation. Like many brewers now, he hesitates to call it a formal “style” since there aren’t Brewer’s Association guidelines in place yet, but he admits there’s something to all the buzz. “California dominated the category for so long, so it’s nice to see New England being put on the map by good IPA producers,” he says.

As is the case with many popular beers, makers outside of the Northeast like Civil Society in Florida, Odd13 in Colorado and Great Notion in Portland, Oregon, have also put out hazy, juicy IPAs in a similar vein. At the latter, the former homebrewers now focus primarily on the unfiltered, mellow, fruity IPA style, with releases called Juicebox and Ripe. “We’ve gotten a little bit more backlash than other breweries have because we’re one of the first to do this in the Northwest,” says brewer James Dugan. “The area had its own style of IPA and people are very proud of that crisp and clear and bitter profile. For us to come in and get so much attention for doing this alternative style has kind of pissed some people off.”

Controversy aside, there’s plenty to love about these beers, and Dugan and Bernstein both think we’ll be seeing more iterations over the next few years from big and small brewers. “Stone Brewing just came out with a new IPA called Ripper—the label says ‘a juicy spill of hops,’—and Sam Adams reformulated Rebel IPA to give it a learner malt bill and stronger tropical characteristics,” says Bernstein. “People will always be angry about new styles, but my gut instinct is that a lot of the attention was on these old-school West Coast IPAs, and now because the attention isn’t as lazer-focused on them as before, we’re watching them have to change course very rapidly. We’re watching the rise of this Northeastern IPA happen everywhere, and if we codify it as a style or not, its influence is large in the scope of things nationwide.”