Is Your Beer Fresh? How to Find Out. 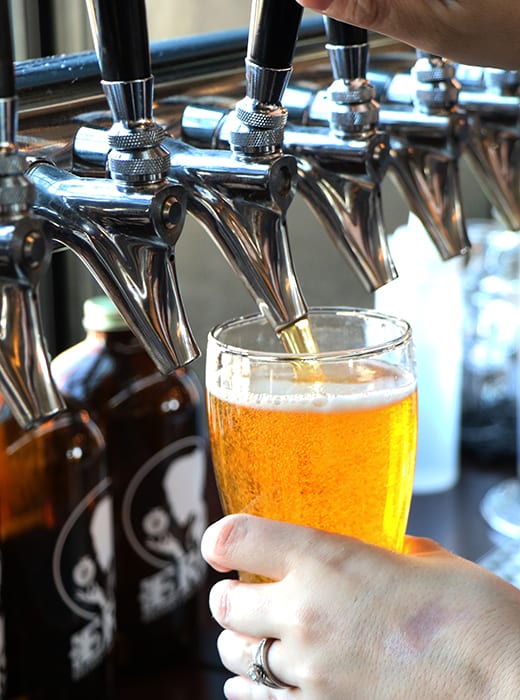 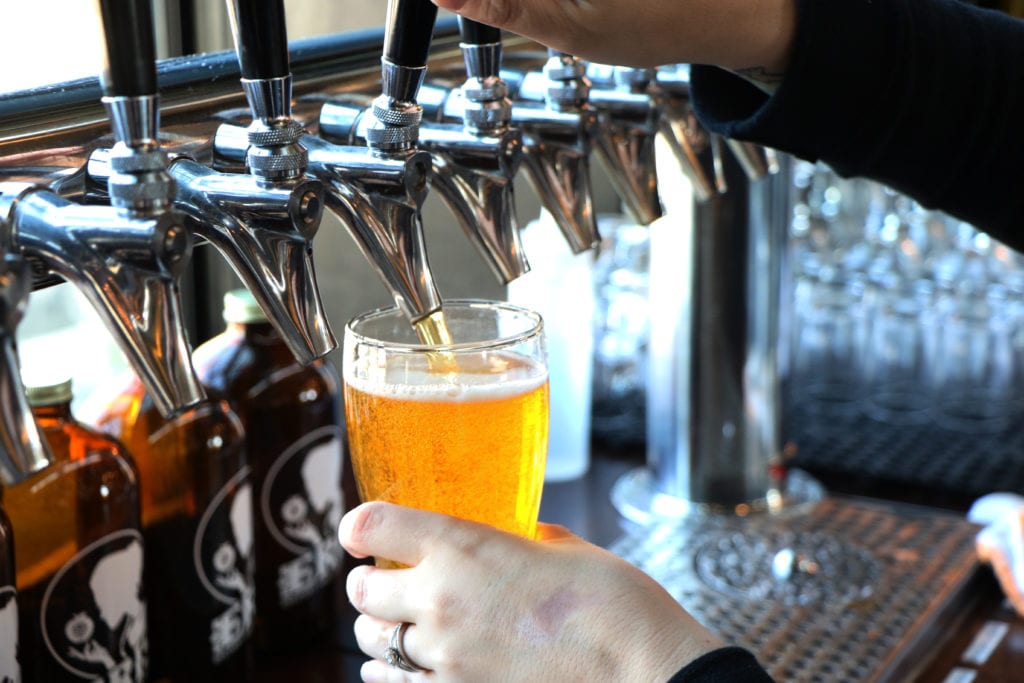 With more than 6,000 craft breweries across the United States, it’s never been easier to find fresh beer at your neighborhood taproom. But as beer gets packaged and shipped out to restaurants, bars and stores, figuring out if a brew is beyond peak freshness or not (and how much that matters) can be trickier than it seems. “There’s a general lack of knowledge about what happens to beer when it sits in a package over time,” says Mitch Steele, the Stone Brewing alumni who recently relocated to Atlanta to open New Realm Brewing (he was also one of our 2017 People to Watch). “The biggest thing people need to understand is that beer is like bread—it’s going to go stale over time. It’s not going to be bad for you, but it’s going to taste bready and grainy and different as it ages. So there’s a huge opportunity to educate people and emphasize the importance of why a beer should be consumed within its shelf life.”

Hoppy beers in particular taste best when they’re enjoyed fresh, but when it comes to picking out an IPA or Pale Ale in bottles or cans, the decision can be confusing because brewers often determine shelf life very differently. For Stone’s Enjoy By Series, Steve Gonzales, small batch senior manager of brewing innovation says they “always give double-dry hop beers a 60-day code as they drop off faster, so going with even more hops [in the series], it seemed a safe bet to give it a 35 day code length.” At New Realm, Steele sorted out the date based on his previous work with Stone. “I know from experience that a 90-day shelf life on an IPA is pretty good if the beer is kept cold,” he says, adding that he’s always testing for quality control anyway. “When we package beers, we hold ‘museum samples’ at room temp and cold temps, and then we taste them once a month to see how they do. We assign shelf lives based on that, and as we get better at packaging, we constantly reevaluate those shelf life dates.”

Breweries also often to take different approaches to explaining shelf life. Many, like New Realm and Sierra Nevada, opt for “packaged on” dates to indicate when the beer hit the bottle, leaving judgement up to the customer. Others use a “best by” date, like Stone’s Enjoy By, which sets a specific deadline to encourage people to drink the brews as soon as possible. Last year, Boulevard Brewing started putting both package dates and “best by” dates on bottles for even more guidance, a practice that’s also used at Brewery Ommegang and with other beers at Stone. “I think it’s important to list both dates for greater transparency,” says Boulevard ambassador brewer Jeremy Danner. “Including the “best by” date allows us to share (based on our experience of tasting our beers that have been stored in a mix of great and not-so-great conditions) how long we feel the beer remains an excellent example of our intentions. Since different breweries likely have varying thoughts on how long their beers are good for, including just a “best by” date doesn’t necessarily provide the best/most important information to the beer drinker.”

With all of this in mind, here are a few tips to help ensure you’re drinking the freshest beer possible.

Go to the Source

“I think people have started to realize they can get better beer at the brewery itself, but most people don’t understand why the beer is so much better at the brewery. Maybe it’s not better, it’s just more fresh,” says Stone’s Steve Gonzalez. Without having to move the beer from tanks to a packaging line and then shipping it out to distributors and retailers, the beer travels a significantly shorter distance from brewing process to cup. “You can taste the difference between two-day-old beer kept refrigerated versus two-week-old beer that has moved in and out of refrigeration.” The same goes for growlers filled at a taproom—drink them quickly. “Within 24 hours is best practice,” Gonzalez advises. “Three days is pushing it, but it can be done!”

“Shelf life is highly dependent on beer style,” says new Realm’s Mitch Steele. Malt-driven styles like porters and stouts can mature over time to develop pleasing characteristics and flavors, so keeping them stored at proper temps for months or years is acceptable, and sometimes encouraged (though Steele says he enjoys some of the darker styles fresh, too). Hoppy beers, like piping hot cookies right out of the oven, typically taste better when fresh because the vibrant hop flavors will deteriorate over time—those beers should be consumed sometime between birth and three months old.

“I’d rather buy something that’s a month old if I know it’s been stored cold, than buy something that’s two weeks old that’s been sitting on a warm shelf,” says Gonzales. Like fresh produce, beer stored on the shelf at room temperature will simply deteriorate faster than beer stored in a cooler or refrigerator, so keeping beer cold will help slow down the aging process significantly. The American Homebrewers Association has a great resource for ideal storage temperatures here. Keep that in mind when browsing the shelves, and be sure to keep your newly acquired beer at the right temps once you get it home.

At bottle shops, beer in cans tends to stay fresh-tasting a little longer than in bottles, because the packaging blocks out sunlight and prevents oxygenation better than bottles. At bars and restaurants where the beer is not made, Steele says to head for the taps first. “The filling process in a quality kegging operation will exclude much less oxygen than canning. There is always some O2 pickup in the canning operation because there is a short time that the can is filled with beer and the lid is not on yet,” he says. “That said, with draft, you want to be mindful that the establishment knows how to properly treat their beer and lines. Are they on a regular line cleaning schedule, do they use proper gas blend and pressure, that sort of thing.”