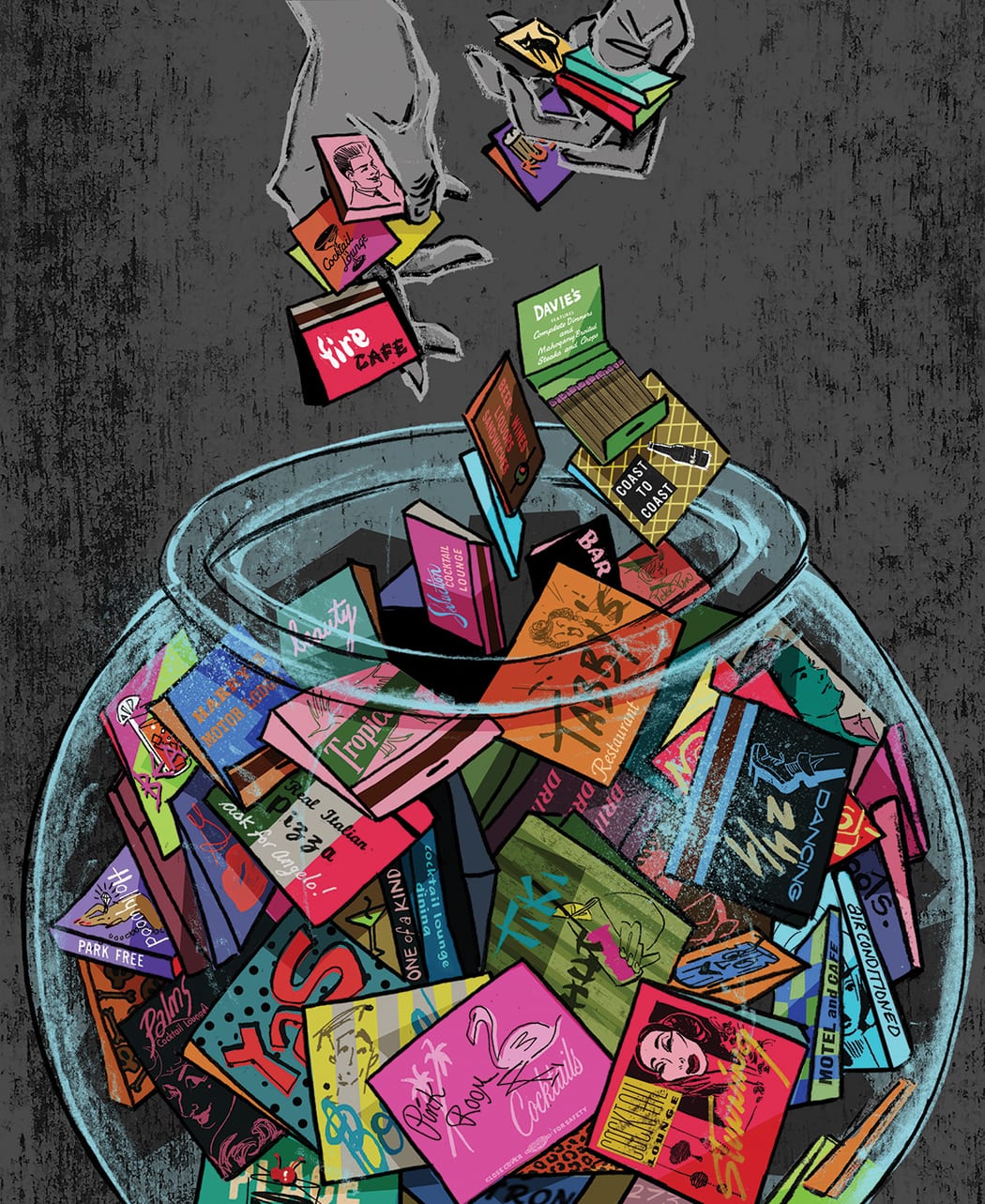 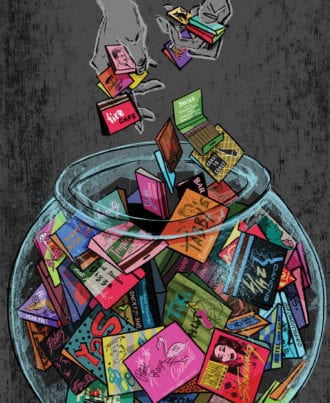 Before Instagram, there were postcards, refrigerator magnets and snow globes. Travel souvenirs have taken many forms—the first items brought home to memorialize a trip were apparently bone fragments of saints—but let’s take a moment to consider a once-widespread travel keepsake: the matchbook.

For much of the 20th century, when you stopped at a lounge, bar, restaurant or motel, you slipped a book of matches in your pocket. You brought them home and threw them in a drawer to be perused at leisure and paraded before friends. Collections grew, as if on their own. In 1971 a newspaper profiled Margaret Randall of Ogden, Utah, who kept 2,000 matchbooks in a large fishbowl in her living room. “It’s a great conversation piece,” she said. Acquaintances would stop by to ask about her new matches.

Serious collectors would pry out the staples along the bottom, discard the flammable parts, then put the flattened covers in albums or display racks. Clem Pater of Hamilton, Ohio, amassed more than 600,000 matchbooks. “A whole room of the Pater home,” reported the Journal News in 1976, “is devoted to the collection which Pater keeps in binders and in frames on the walls.” (Pater specialized in matches from county seats and had at least one matchbook from each of the nation’s county seats, some 3,000, save two.)

“Matches fulfill two American needs,” Larry Steiner of the Universal Match Co. said in 1980. “They fulfill the desire for something free and for something beautiful.”

The matchbook’s lineage dates to 1892, when Joshua Pusey of Pennsylvania came up with the idea of producing two rows of flexible cardboard matches attached to a paper folder and sold with a striking strip dangerously positioned within the matchbook (his variation was apparently designed to be stylishly carried in one’s pocket). Shortly thereafter, Charles Bowman is credited with inventing the matchbook as we know it today. (Diamond Match ultimately acquired both patents.) Bowman later invented a “safe” match, meant to be folded up in the matchbook and to deter hungry rats, because matches were then coated with paraffin (“of which they are quite fond,” read the patent). A nibbling rat could thus ignite a match (who knew?), which could lead to unfortunate conflagrations. Bowman is inadvertently responsible for one of the most common phrases ever printed: “Close cover before striking.”

A matchbook removed from a pocket invariably served as a prelude to a minor ceremonial moment. The tapping of a cigarette pack, the miniature sulfurous fireworks, the long, portentous inhalation followed by a cumulous cloud roiling toward the ceiling. The matchbook would then be tossed on the bar, drawing the attention of companions.

Bowman thus also invented one of the most effective and omnipresent advertising platforms ever devised. Early matches were sold to customers one book at a time, but enterprising folks quickly realized that this matchbook acreage was going unsowed by marketing sharecroppers. Instead of selling the matchbooks to consumers for pennies, they could sell them in bulk to business owners for dollars. Owners could then emblazon their logo front and back and give them away. A common saying was that every matchbook contained 20 salesmen—each time a match was taken out, an impression was made.

Motel owners left them in guest rooms, bar owners put them in ashtrays, restaurants stacked them like cordwood near cash registers. Like bar napkins, they also proved useful for jotting notes on the inside; some bars intentionally left spaces on the covers for the purpose of recording the name and number of potential future dates. And the real estate that matchbooks occupied was immense. At the peak of matchbook production in the mid-1970s, some 35 billion matchbooks were manufactured—the square-foot equivalent of approximately 3.5 million billboards.

The Sir Edmund Hillary of matchbook collecting was a doctor named Charles J. Higgs of Wilkes-Barre, Pennsylvania. When he died in 1968, his family inherited rooms and rooms of matchbooks, more than five million covers, stashed in cheese crates and wood cabinets with custom-sized drawers. (He also collected sugar cubes and soaps from hotels; he was “what is usually referred to as an eccentric,” noted an Allentown paper).

Matchbooks no longer hold the allure they once did. Various circumstances led to their demise, from the rise of the cheap butane lighter to the decline of smoking. I mostly blame Instagram. Every aspect of our lives has been condensed into the smartphone in our pocket—flashlight, camera, mailbox—and now the phone has hijacked our innate habit of collecting. Taking a quick photo is an instantaneous way to gather and share visual souvenirs. It also eliminates the need to sit at home and wait for friends to come by to ask, “What’s the deal with the fishbowl?”

Matchbooks haven’t gone fully extinct. They’re still out there, and many businesses continue to spread their message with these pocket billboards, either through momentum or retro-chic allure.

Still, the trend is clear; even matchbook collectors are dwindling in number, like veterans of long-ago wars. The Rathkamp Matchcover Society, which was formally founded in 1941, saw membership peak in the 1980s, when it had approximately 2,000 members. A staple of every local newspaper were profiles of local collectors. (Lancaster, Ohio, 1974: “Local man collects 11,747 matchbooks.”)

Last year, the Rathkamp Society held its annual meeting at the Hard Rock Hotel & Casino in Tulsa. A scant 125 members attended. A search of Instagram yielded no posts from the event, so the question remains: Did it actually occur?