Angus Winchester on His New Project, The Embassy 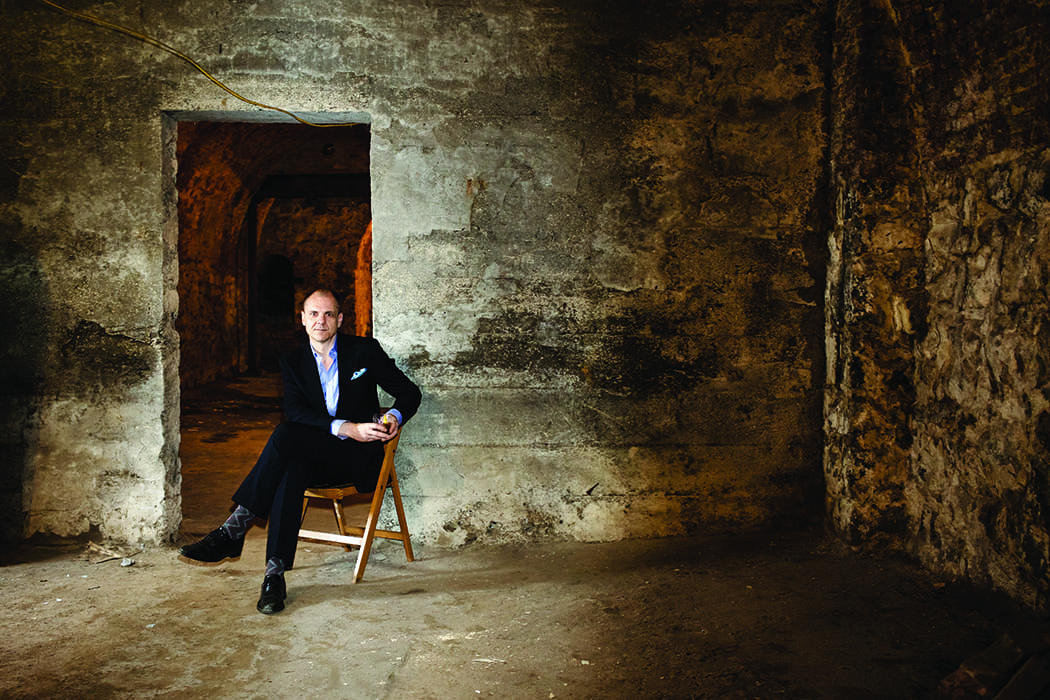 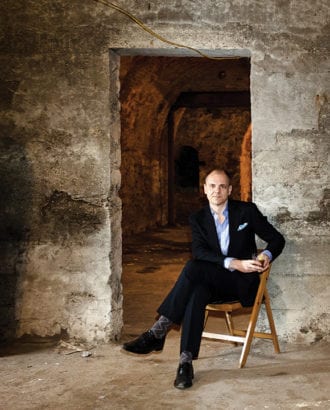 British-born bartender Angus Winchester has played a pivotal role in the modern cocktail revival. Familiar to bartenders worldwide from his years as Tanqueray’s global ambassador, Winchester is now in the midst of a career shift: from bartender and bar educator to bar owner. We caught up with Winchester for this year’s Imbibe 75 and asked him about making the leap into ownership, and about his plans for his upcoming Brooklyn bar The Embassy, slated to open in the spring. Here, he opens up about it all, in his own words.

Angus Winchester: Twenty years ago, I came over from London to try my hand in New York City, and I ran a bar in Tribeca with an English guy, Fabian Friedland. I had a wonderful time, but after two years, I moved back to the UK, but we stayed in touch. By 2006, he’d become successful in real estate, and he contacted me and asked me to come look at a new property in Crown Heights [Brooklyn]. It covered half a city block, and it was an old, ruined brewery—the Nassau Brewing Company—and it had holes in the floor, holes in the roof, the place was a disaster, but he said it could be fixed up into something very cool. It was one of the first breweries to do lagering in New York City, so they had massive brick cellars in the basement. He bought the building, and when the housing market picked up around 2013, he sold half the site, retaining the part with these vaults.

I’ve been asked two questions for a long time: When will I write a book, and when will I open a bar? I suddenly realized all of the conditions for the latter were met—this place is in a very buzzy area, with the gravity of New York City expanding; it’s an amazing site, with 4,000 square feet of Victorian, Civil War–era restored brick; and it’s a basement. I’ve always loved the sense of escapism that you get from that kind of isolation from the real world—you can’t tell if it’s three in the morning or three in the afternoon down there.

Bars are in the experience business, and I know what to look for in staff, and in providing the kind of experience to keep people coming back. I’ve worked in great bars and I’ve run great bars, and I’ve visited bars around the world as an ambassador, kicking the tires to see what works.

The name of it is The Embassy—the same name as the bar we ran in Tribeca 20 years ago—and it highlights the idea of bars and drinking. Traveling the world and seeing the rituals and the social aspects of drinking, I wanted to bring all of that together, and demonstrate global drinks and drinking rituals. But I don’t want it to be a high-concept bar; the whole property will be The Embassy, and within it will be The Residence, as though you go to a party at the embassy and get to talking to the ambassador, who’s a bit of a cocktail maven, and he invites you to join him in the residence. The Embassy will be open seven days a week, whereas The Residence will be more limited, with one-third of the seats open via reservations, and seating only. The former is a bit more populist and egalitarian, the latter a bit quieter and upscale.

I don’t want to reinvent the wheel—I just want a really smooth-running wheel.

You can enjoy the way they drink gin in Spain, or pisco in Peru or Chile, and it’s not praying at the temple of the mixologist, but refocusing on the two most important things about a bar: those who work there, and those who drink there.

I want to bring back the idea of the maître d’—someone who runs the room. We’re looking at ideas like the majordomo, who carries guest relations and is the host for the evening. That’d be the de facto ambassador, and the maître d’ is a wonderful concept that’s been slightly lost—the maître d’ customarily had the real power, and I want to bring that over and show how they provide great service.

We own the trademarks for the beers that the old Nassau Brewing Company produced. I’d love to do something beer-related, like perhaps having a house beer made for us, especially a really quaffable lager, since this was one of the first breweries in America to do lagering. I don’t want to do signature drinks—I’d rather do something where you have drinks from the bars you like, and great classic cocktails. A great Daiquiri or Manhattan are far better than a lot of the crazy innovative drinks nowadays; we’re trying to take the ego out of it.