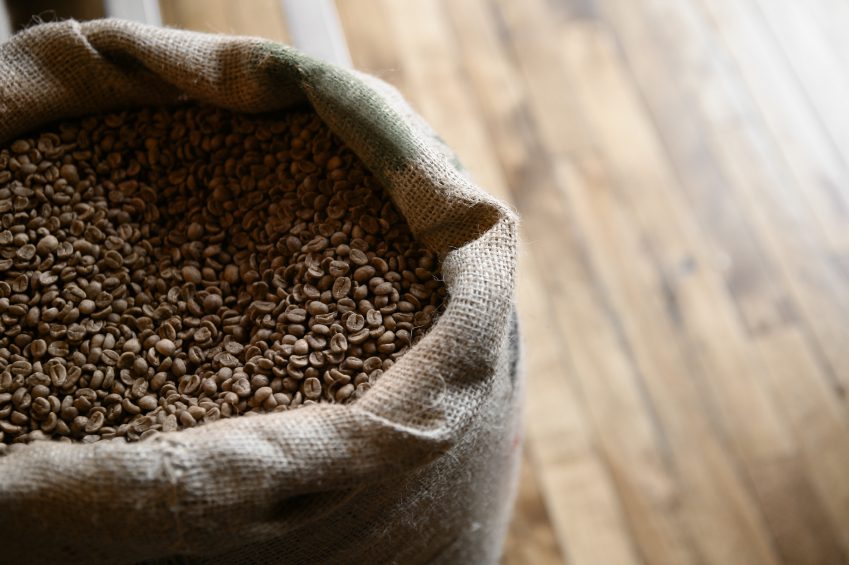 These days, a basic bag of coffee is often stickered with a myriad of terms—everything from fair-trade to organic or shade-grown. But what does it all mean? We recently chatted with Geoff Watts, vice president of coffee for Chicago-based Intelligentsia for a quick rundown on coffee-label lingo.

Fair-Trade
The fair-trade label is a third-party verification that indicates that a coffee comes from farms that have been certified to provide safe working conditions and fair wages. The fair-trade trademark also prohibits forced child labor and requires farmers to adhere to certain environmental standards. “At its core, it’s an economic certification,” says Watts. “Some people refer to it as a price-supported safety net because it provides a baseline price for goods that is designed to protect farmers when the market sinks below operating costs.” Still, while it provides some level of security and sustainability for people who are growing coffee, it’s a term that has also come under fire—critics argue the “fair” wages set by the agency aren’t high enough to serve as a viable living wage, while supporters see fair trade as a good starting point to increase awareness of economic issues in agricultural sectors worldwide. Either way, it’s helped spur other certifications and practices that are now being put to use in coffee-producing countries around the globe.

Organic
A certification regulated by the United States Department of Agriculture, the organic seal indicates that a crop was produced according to specific government guidelines, which restrict the use of synthetic pesticides and dictate the management of soil quality and pest control. “Being organic is exclusively an environmental certification,” Watts says. And for many crops, including coffee, the certification is a costly, time-intensive affair. “The biggest criticism we hear when it comes to the organic certification is the financial burden it puts on farmers,” Watts continues. “Those who are able to pay for it often don’t realize the ongoing costs of maintaining it.” On the other hand, many farmers who can’t afford the official organic stamp also can’t afford the pesticides that are prohibited, meaning they’re farming organically by default, even if they can’t label their coffee as such.

Single-Origin
Here’s where things start to get muddy. While fair-trade and organic certifications encompass specific definitions, a host of other coffee labels don’t, including “single-origin.” According to Watts, the term originated in the 1980s when most coffee being sold to consumers were blends—single-origin was simply used to specify which country the coffee came from. “But as the industry of specialty coffee evolved,” says Watts, “it ignited a drive to get more and more specific in the details behind each coffee.” And the definition of single-origin narrowed. Today, while single-origin may refer to coffee coming from a single country, co-op or washing station, Watts breaks it down even further. “The goal is to get as close as you can to the source that produced it—i.e., the farmer,” he says. And that, he says, comes down to transparency and specificity. “Read the label to see what information the roaster offers,” he says. Does it list an exact farm in a specific region of a specific country? Elevation? Coffee bean cultivars? “These are all pretty good indicators that the coffee is coming from a singular source.”

Direct-Trade
Intelligentsia helped pioneer the direct-trade movement, which puts roasters and farmers in direct contact with one another. And while Intelligentsia held an official trademark on the phrase for a short period, they decided it was an idea best put to use if opened up for other roaster to adopt and interpret. “So many other roaster we respect wanted to use it,” says Watts, “and we thought the concept was better served as an open-source idea that can be improved upon through conversation and collaboration.” So how does it work? By going direct to the source, roasters are often able to not only pay an above-average price for beans, but they can also engage in a dialogue with the farmers about their needs and how to grow better coffee crops. And as the quality of the coffee increases, so too does the price roasters are willing to pay. “By increasing value and bringing in more revenue,” says Watts, “farmers are enabled to address environmental, labor and social issues.” However, because it’s not monitored by any official oversight system, it’s a Scout’s honor with roasters who claim to import their beans directly. A good litmus? “Look for details on the label that connect you as a buyer to the farm or the place where the coffee comes from,” says Watts. Similar to single-origin coffees, you’re looking for a farmer, location and any other details the roasters can offer. “Coffee people are really proud of the relationships we form with our farmers and want to share as much as we can,” say Watts. For a more in-depth look into direct-trade coffee, check out our May/June 2014 issue.

Shade-Grown
Does this label simply mean that a coffee was grown in the shade? Yes and no. Heirloom coffee varietals grow best out of direct sun, but a covering of trees does more than protect the coffee crops. “It creates a healthy, vibrant and active ecosystem,” says Watts. “Organic matter dropped from the trees helps naturally fertilize the coffee crops, while the trees themselves provide a natural habitat for insects and birds.” So why isn’t all coffee grown under cover? It used to be. But as the demand for coffee increased, massive deforestations tore out the crop-covering canopies and new sun-tolerant, coffee bean hybrids were introduced. It maximized the number of coffee plants per acre, but it also requires more water and fossil fuel resources to maintain the sun-soaked plants and their soil. And so the concept of returning to shade-grown coffee was born.

Bird-Friendly
A seal approved by the Smithsonian Migratory Bird Center, bird-friendly coffee, “is an environmental certification concerned with bird habitats,” says Watts. On top of meeting USDA requirements for organic certification, coffees donning the official bird-friendly stamp must also grow on a farm with forested shade that provides cover for migratory birds and other wildlife.

Rainforest Alliance
This certification, managed by its namesake nonprofit, “takes a pragmatic approach to a broader certification,” says Watts, meaning it encompasses a range of issues from shade-cover to waste-water management.