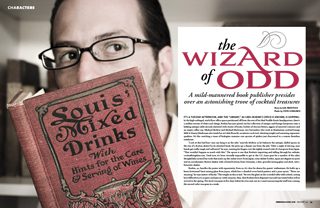 It’s a Tuesday afternoon, and the “library,” as Greg Boehm’s office is known, is hopping. In the high-ceilinged, sixth-floor office space partitioned off from the rest of his Mud Puddle Books headquarters, there’s a sudden torrent of clinks and clangs. Boehm has just spread out his collection of antique and foreign barspoons onto a hulking antique table already cluttered with stacks of books, bottles of obscure bitters, jiggers of assorted contours and an empty coffee cup. Michael McIlroy and Michael Madrusan, two bartenders who work at Manhattan cocktail lounge Milk & Honey (Madrusan also tends bar at Little Branch), scrutinize each tool, checking weight and assessing ergonomic qualities. It’s like watching a team of biologists examine rare species of spiders just discovered in a remote Brazilian rainforest.

“Look at this bad boy—you can hang it on the side,” marvels McIlroy as he balances the antique, dulled spoon on the rim of a Boston shaker by its attached hook. He picks up a shinier one from the pile. “After a night of stirring, your hands get really rough and calloused,” he says, running his fingers over the tightly wound coils of a barspoon from Japan. “That wouldn’t happen as much with this.” The spoon is one that Boehm’s importing and selling through his website, cocktailkingdom.com. Until now, it’s been virtually impossible to get in the U.S. Same goes for a number of the other thoughtfully curated bar tools that make up the online store: From Japan come dasher bottles, squat yet elegant ice picks and an aerodynamic Boston shaker with a footed bottom; from Germany, a slim, graceful mixing glass and sleek, retro-futuristic shaker.

Boehm handles the praise with equanimity. Even so, it’s clear he shares his guests’ enthusiasm. He holds up a heavy-bottomed Yarai mixing glass from Japan, which has a chiseled cross-hatch pattern and a pour-spout. “These are amazing,” he says matter-of-factly. “The weight on this is sick.” He sets the glass on the crowded table with a thunk, noting how difficult it is to acquire such pieces. Little surprise, then, that Boehm’s first shipment was sold out weeks before it first arrived in the spring. The stock was gone in five days, before he even sent out an e-mail announcing the stuff was coming; the second order was gone in a week.

If bartenders are the players on the stage, the ones who deliver the performance and high drama, then Boehm is the dramaturge, toiling behind the scenes to select a script, offer cues for historical context and now, provide a link with a props department. At first glance, Boehm seems like an unlikely candidate for such a position. After all, up until a year ago, Mud Puddle was known primarily for its line of children’s books and activity sets. Boehm started that business in 2003 after selling his family’s publishing house, Sterling Publishing Co., Inc., to Barnes and Noble. Sterling owns the North American rights to The Guinness Book of World Records (Boehm’s grandfather was among the judges) and Kevin Zraly’s Windows on the World Complete Wine Course, which remains one of the best-selling instructive wine books. It also publishes the American editions of all of the cocktail books by celebrated London bartender Salvatore Calabrese. Boehm got to know Calabrese about a decade ago. Sitting at the Library Bar in London’s Lanesborough Hotel, he became enamored with the formality and richness of history on display.

When Boehm returned to the States, though, he couldn’t find anything comparable. “Ten years ago, there weren’t good cocktail bars in the U.S.,” he says. “There weren’t orange bitters on the market. The Internet barely existed.” But as the eBay phenomenon grew, Boehm began hunting down vintage cocktail guides—the more obscure, the better. His first finds were Paul E. Lowe’s 1904 book, How to Mix Drinks, How to Serve; The Bartender’s Guide, and The Home Bartender’s Guide and Song Book, a volume from 1930 by Charlie Rowe and Jim Schwenck. Such acquisitions, along with the realization that so many other like-minded people were interested in these books, inspired the idea of making facsimiles of some of the most sought-after vintage cocktail manuals. Boehm’s approach toward these reproductions borders on obsessive. He strives for exactitude in not just the text of his reprints, but in their appearance and feel, too: the weight of the paper, the color of the jacket. “For me, it comes from a really ugly reproduction of an Al Hirschfeld book about speakeasies,” he explains. “I was riding the subway with the original with the dust jacket on—it was probably worth about $1,000. I had the ugly paperback in the office as well, but I didn’t like carrying it. If you’re gonna do reproductions, you’ve got to do them so you have something you want to hold and carry. Holding them gives a sense of history as well. And because I have a good production team, it wasn’t impossible to think I could do accurate reproductions.”

Working from his own massive collection, he selected six titles for the initial launch in the summer of 2008, selling them via his website. He followed those up with the unveiling of six more volumes this past summer, including Hugo R. Ensslin’s Recipes for Mixed Drinks, the last major publication to come out before Prohibition, and Artistry of Mixing Drinks—“a real Art Deco period piece and one of the most beautiful cocktail books,” Boehm says.

At the time, Boehm considered the project an amusing diversion; he was quoted in The New York Times saying that if he managed to break even, he’d consider the books a success. While that still hasn’t happened, the response from the cocktail community has kept Boehm’s enthusiasm intact. When he’s not traveling, he spends a great deal of time in bars around New York, chatting with bartenders. If he can’t answer their questions about when a drink first came about, he may whip out his laptop and open the database he created that chronicles where iconic drink recipes first appeared. “He’s not your average customer,” says Don Lee, who manages the bar at Momofuku Ssäm and was one of Cocktail Kingdom’s earliest customers. “He’s not a cocktail geek trying to play Stump the Bartender or show off how much he knows. More often than not, I end up asking him questions. He’s always got the numbers or dates off the top of his head. The sheer amount of information he knows is ridiculous.”

This interplay is largely how the foreign barware undertaking came about. “He’s bringing in tools that we’ve always wanted or envy when we see others using them,” says Daniel Eun, a veteran of PDT in New York who now tends bar at The Varnish in Los Angeles. “Like the ice picks from Japan—we’ve all seen Stanislav [Vadrna] do his ice lecture,” he says, referring to the renowned Slovakian bartender who trained in Japan and conducts demos on how to create carved ice for cocktails. “To do these things, though, you need the right tools.”

To find those tools, Boehm has leveraged the international connections he built up while sourcing the materials for Mud Puddle’s activity kits. “He has a certain amount of flair for knowing how to communicate with people who don’t speak your language and how to interpret certain business styles in other cultures,” says Alan Carr, art director at Mud Puddle. “He has an acute, well-tuned sense of how to make things happen, the necessary persistence and appreciation for how other cultures do business.”

In person, Boehm is deceptively mellow. Soft-spoken and scruffy-chinned, he has a penchant for loose-fitting jeans and those snap-button, flower-patterned shirts that were de rigueur in the early 1970s. His voice stays resolutely low-key, his attitude sedate, even as his collection contradicts that nonchalance: more than 2,400 books dating back as early as 1676. That includes every printing of the Mr. Boston bartender’s guides through the 1970s and 17 different editions of The Savoy Cocktail Book.

It’s not just a collection; it’s a working library, one that bartenders access by appointment only. This Tuesday afternoon, which comes weeks before the annual Tales of the Cocktail event in New Orleans and days before the arrival of a new batch of barware, an uncommonly large contingent has arrived for some research. Gianfranco Verga, bar manager at Louis 649, is looking for the dates of the first published recipes of numerous cocktails appearing on his next menu. Nathan Dumas and Brad Farran have come in from the Clover Club in Brooklyn to browse the shelves. And McIlroy and Madrusan, both making their maiden voyages, peruse the bar tools.

Upon arrival, each guest receives a personal orientation to the collection, which is shelved in chronological order. “Basically, it starts here with the 1600s,” Boehm commences, reaching to a rough wooden shelf and offering a slender, tattered book titled A Treatise of Cider. Then he opens the doors on a modern oyster-white shelving unit to reveal rows of weathered, slightly faded tomes. He continues through the centuries, stopping at his several editions of the book that changed it all (“Obviously, in 1862, we have Jerry Thomas”) and traveling on to the upheaval of the late 1920s, when American bartenders moved overseas and books from European publishing houses dominate. “Then Prohibition ends and it just explodes,” Boehm continues, sweeping his hand before the relevant books. “Lots of terrible books start coming out. Then Harry Johnson’s Bartenders’ Manual from 1900 is published in 1934 again.” And so on. From start to finish, you’re likely to hear the word “rare” more frequently than if you spent a week in a steakhouse.

That’s to say nothing of the mugs, strainers, jiggers and liquor bottles that dapple the bookshelves. These last include a few vessels of one of Boehm’s other longtime obsessions, rum, as well as a bottle of Poland Spring Gin and enough intriguing vermouth to make Winston Churchill cringe. And just as with his books, these bottles are meant to be used. “I don’t collect bottles, I drink them,” Boehm says. “I drank a 1917 American whiskey bottled in 1932. It’s so interesting—I’m never sure what I’m learning. Is that what they drank then? Did it change over time?”

“The thing with Greg is: He’s a nerd,” says Lee. “He has exacting standards. He’s not interested in dabbling or doing anything halfway. He’s going to do something so well that no one else is even going to try to do it, because they can’t do it as well as he has, with that much care and time and effort.”

“He’s just a guy and this is what he loves to do,” says McIlroy. “I don’t really understand—about a year and a half ago he kind of came out of nowhere. … He could keep [his books] for himself locked up somewhere, but instead he lets everyone know: ‘Come in, look around, they’re here.’ ” 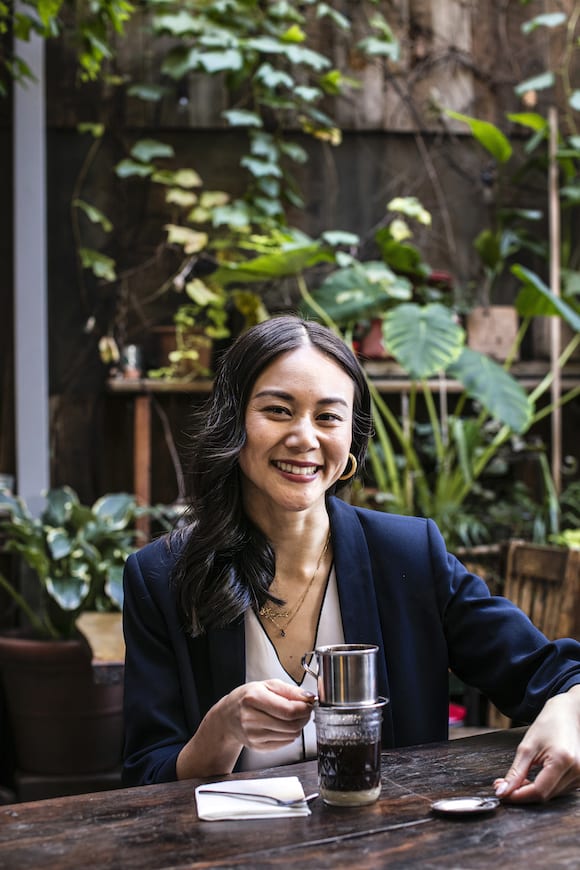 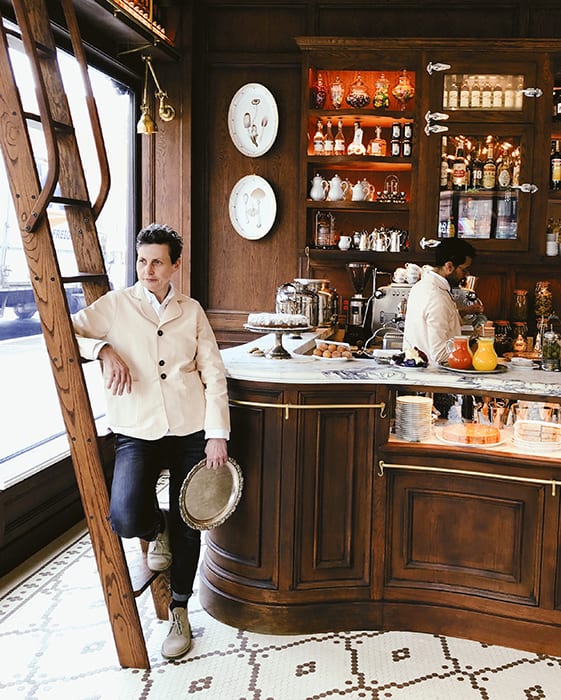