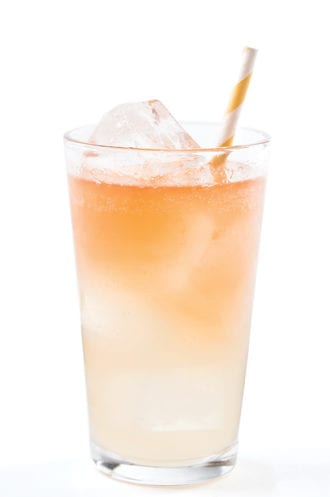 Australians know a thing or two about combating heat, and one of the more useful tools at their disposal is the Lemon-Lime & Bitters.

Tangy, spicy, refreshing and with only a trace amount of alcohol, the drink is a widespread favorite not only in Australia—where bottled or canned as well as homemade versions are consumed on a grand scale—but also in Trinidad, where bitters producer Angostura offers its own canned version.

“The Lemon-Lime & Bitters is the quintessential Aussie beverage, with purportedly over 100 million served in Australia each year,” says Mike Tomašic, bartender and general manager at Rhonda’s in Terrigal, on Australia’s Central Coast. “It’s nothing short of an Aussie icon, every bit as much as the Harbour Bridge, Ayers Rock or the Great Barrier Reef.”

Fill a glass with ice and partially fill with soda. Squeeze in the lime juice, then add the remaining soda to fill. Dash the bitters into the drink; serve with a straw and stir before drinking.

Alcohol-free beer is among the fastest-growing bee

Sweet, juicy peaches have arrived, and if you’re

A simple and delicious classic.