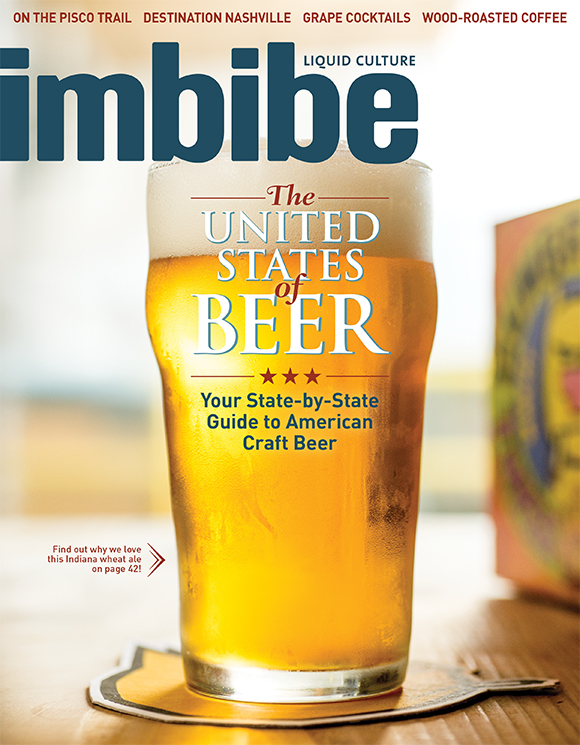 Click here to buy a copy of this issue now.

The United States of Beer

From Maine to California, a coast-to-coast journey of American craft brews.

With its wine-like complexity, pisco is a South American jewel poised to be discovered by adventurous drinkers.

The Changing Roles of Sommeliers

As fine dining goes the way of the expense account, the role of the modern sommelier may be shifting to something less glamorous, but a little more real. Read More »

A long-lost whiskey formula finds its way back to the bottle, three twists on the classic Mule, and brewers turned TV stars Martin Dickie and James Watt on oddball ingredients, inspiration, and the homebrew hobby that started it all.

Dave Wondrich turns his spyglass on an ale- and rum-based Flip.

Uncapping colas for flavors both nostalgic and new.

Bar trays that combine form and function for easy entertaining.

In cocktails, Concord grapes offer a classic taste of summer.

Bottle up a favorite fall fruit with DIY perry.

Where to drink in hip, historic Richmond, Virginia.

An inside look at NYC’s newest beer hall.