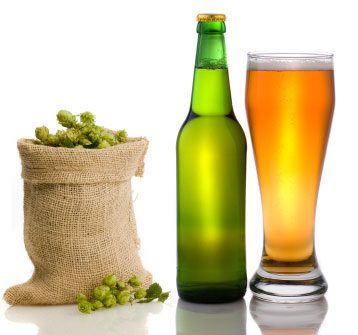 While many homebrewers dream of opening their own craft breweries, few are actually able to abandon their day job to turn a basement hobby into a full-fledged career—although, according to Julia Herz of the Brewers Association, that’s where many craft brewers get their start. “At least half of the brewers you talk with will say they started homebrewing first,” she says. Here are some former homebrewers who’ve made it to the big leagues.

Boulder Beer Co. Boulder, Colorado
Colorado’s first microbrewery launched in 1979, when two former homebrewers moved their operation to a goat shed on a small Colorado farm. Almost 30 years later, Boulder Beer Co. has the capacity to brew up to 43,000 barrels of beer annually.

Brooklyn Brewery Brooklyn, New York
Steve Hindy experimented with homebrewing while working as a journalist in the Middle East, and upon returning to the States in 1988, he opened Brooklyn Brewery with former banker and neighbor, Tom Potter.

New Belgium Fort Collins, Colorado
After touring Belgium by bike in 1989, homebrewer Jeff Lebesch returned to Colorado where, after a two years of experimenting, he and his wife, Kim Jordan, launched New Belgium with their flagship ale, Fat Tire.

Rogue Newport, Oregon
Accountant and homebrewer Jeff Schultz launched Rogue Ales with three friends in an Ashland, Oregon basement in 1988. It has since found a permanent home in a multi-level warehouse on the Oregon Coast.