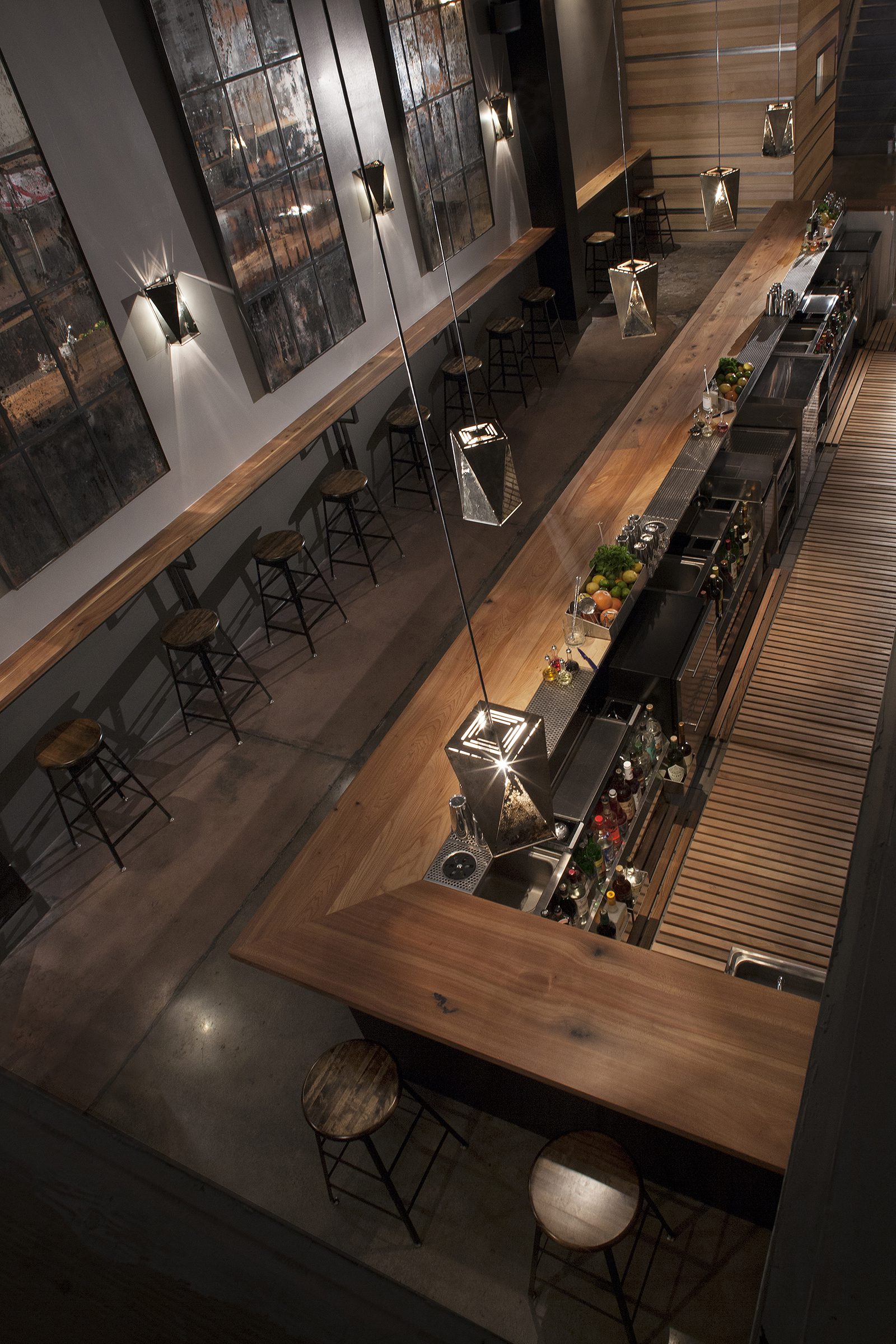 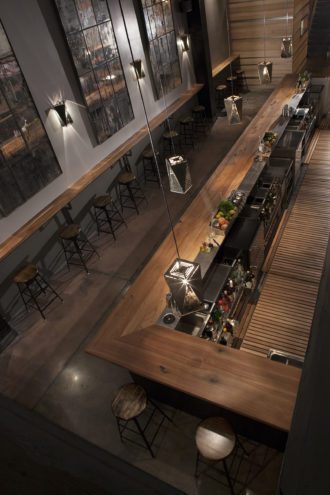 Our 2015 Imbibe 75 Bar of the Year—ABV in San Francisco—may have first opened its doors last summer, but the seed of the bar were sown several years ago. We chatted with ABV’s owners—Ryan Fitzgerald, Todd Smith and Erik Reichborn-Kjennerd, all longtime veterans of the Bay Area bar scene—about what led up to the bar’s opening, what role the bar fills in the city, their approach to their staff and guests, and the unexpected excitement the bar’s kitchen has stirred in San Francisco.

RYAN: Todd and I had been working together since 2006, and we first started talking about opening a bar when we worked at Bourbon & Branch. A few years later, Todd helped Erik open the Hideout [in the back of Erik’s bar, Dalva], and they started talking about opening a bar. I wound up at the Hideout late one fateful night, and the idea came together.

ERIK: A couple of years ago, we finally said, “Let’s do this.” There was a lot of excitement-slash-frustration—it was a lot of work to find venues that we could afford, and then we found this place, and figured out it would work.

TODD: Opening a bar isn’t the easiest thing in the world; actually, we found it’s one of the hardest. We did the build-out ourselves—we added big windows for a lot of light, and we wanted to extend the bar into the next room, so that the two communal tables give you the feeling that you’re still in a bar, rather than in a lounge, tucked away in a booth. Everything is at eye level and the sightlines are all the same, and we weren’t sure if it was going to work, but we have people moving around the space a lot, and it’s worked out really well.

RYAN: We’ve gone the full circle with cocktail bars—we wanted to provide solid cocktails fast, along with awesome local beer and great local wine on tap, so it’s always fresh. We want to be a San Francisco neighborhood bar, and in that vein, we didn’t want to specialize—our niche is to have casual service, and people who love it here and are happy to be here.

ERIK: We’re in a busy neighborhood in the Mission—we wanted a fun place with no gimmicks. We use ingredients and sell drinks we believe in; I went to college with Steve Mathhiasson—the [San Francisco] Chronicle voted him winemaker of the year—and we’ve had his wines on tap, and Moonlight Brewing in Santa Rosa makes our beer. Sometimes we’re playing soul, sometimes it’s rock and roll—there’s no host or hostess, no reservations, we’re open from 2 p.m. to 2 a.m. with food until 1 in the morning, which you don’t have a lot of in San Francisco. This neighborhood definitely needed a place that could fill a lot of those needs.

RYAN: We intended to under-promise and over-deliver on the food. We’ve got a really solid chef [Kevin Cimino] who’s worked at great restaurants in the city, and he’s a cool guy—he fits in with the team. We took a logical approach and said, “Let’s do casual bar food—all finger food.” We want you to have a good time, and not take it all too seriously. People don’t expect the food to be outstanding—but then they get it, and suddenly it’s something they never expected. That’s a great part of the experience.

TODD: We have a pretty big space, and we needed a fair amount of staff. We sent an email out to people we thought would be interested, and at a meeting we told them of Ryan’s idea—that we’re only hiring bartenders. The people working the floor are also bartenders, they’re just behind the bar on another day, so we’d always have the most knowledgeable people possible working the space. I know a lot of bartenders, and the idea of working the floor usually makes them cringe—I thought half the people were going to walk out of the room, but everybody was into it. I was shocked—I thought bartenders would hate their shifts on the floor, but the servers have a lot of responsibility, and they feel a sense of ownership. It’s worked out well.

ERIK: The bartenders get to interact with people in a different way, and it’s refreshing to mix it up for people. The idea is also to bring the bar experience—the knowledge that the bartender has about the cocktails, the beer and the wines, everything sans the actual making of the drinks—to the table.

RYAN: We’re really focused on our staff and lucky to have the staff we do. John [Gertsen, the former bar manager at Drink in Boston] fits into that, and everyone we’ve hired was hired knowing they’d get this great education and mentorship. John can help provide that kind of mentorship, and it makes me happy to know we’re filling a role and adding something we all want to provide. We want our staff to grow and learn, and grow out of ABV—we want them to get better, and have the confidence to open their own spots.

ERIK: Our staff is key. We wanted to have the kind of atmosphere that’s conducive to people being professional, and a place that will nurture their careers while still being fun and feeling like a place that matters. I tended bar for 20 years; it can be exhausting and draining, and we want the people who work here to feel that they’re appreciated, and that carries over to the clientele.