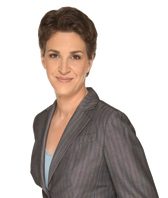 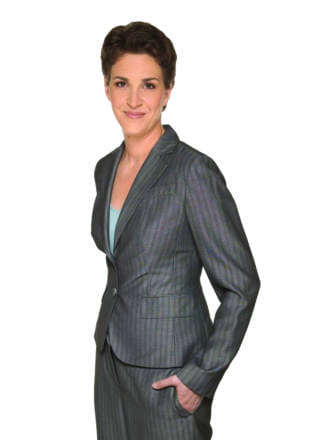 Most people have heard about Rachel Maddow at this point—either watching her unabashedly left-leaning political news show on MSNBC, or catching her guest appearances on everything from The Colbert Report to The Martha Stewart Show. Maddow also happens to be a hobbyist bartender and a huge fan of classic cocktails. Here she chats with us about rhum agricole, guilty pleasures and what cocktail she’d most like to mix up for Barack Obama.

We hear you’re a fan of rhum agricole—what’s your favorite cocktail that uses it?
I love a traditional Hemingway with rhum agricole, lime juice, grapefruit juice and maraschino—but if you’re out [of rhum agricole], you can’t really order a Hemingway anymore because that name has been applied to way too many things that really aren’t what I think of as a Hemingway at all. I also quite enjoy an agricole daiquiri made as follows: 1 1/2 oz. rhum agricole blanc (I prefer La Favorite or Neisson), 3/4 oz. lime juice, 1/2 oz. rich simple syrup, with a green Chartreuse float. Yum.

What one drink tool or gadget can you not live without?
I have a tiny, thick cutting board that’s stamped “MADE IN A MAINE STATE CORRECTIONAL FACILITY.” It’s the perfect size for cutting citrus without being too much in the way in my tiny kitchen.  I only make drinks, I don’t cook—so I have to be cognizant of the need to stay out of the way.

Where’s your favorite place to grab a drink, and what do you order?
I like making drinks even more than I like drinking them—so my favorite thing is to make drinks at home. But in NYC, Pegu Club lures me like a siren song.  And my local, Daddy-O, has a great, great cocktail menu and great bartenders. At either, I’m likely to take a bartender’s suggestion, but barring that, my first recourse is usually a rye Old Fashioned, no fruit.

Do you have a favorite drink you like to make at home?
My partner, Susan, loves Audrey Saunders’s recipe for the Tantris Sidecar, which takes me about an hour to make—but because she loves it, I love making it.

When it comes to drinks, do you have any guilty pleasures?
I, like Sarah Palin, love Diet Dr. Pepper. I know it’s wrong. Also: macrobrews. I like totally average, corporate, unfancy American beer in cans.

Have politics and cocktails intersected in any interesting or memorable ways for you?
I’ll never tell. Ha!

If you could make a cocktail for Barack Obama, what would it be?
I’ve heard that Barack Obama is a martini drinker—maybe that’s apocryphal, but that’s what I’ve heard. I’d make him a Pineau Martini (2 oz. gin, 1 oz. Pineau des Charentes)—I think it’s accessible for martini lovers, but with a novel, tasty twist. And Pineau is such a great weird liqueur with such a great weird story about its discovery—it would make for a good conversation-starter. I’m tempted to suggest an Aviation [with crème de violette] as well—but serving the new Democratic president a blue drink is just too cliché.

What are you drinking with dinner tonight?
Dinner’s at 1 a.m.-ish tonight, so the drink will have to double as my poor man’s Ambien—probably a Whisky Skin (a tiny bit of sugar smushed with lemon rind, scotch and hot water). I’m getting sleepy just thinking about it.